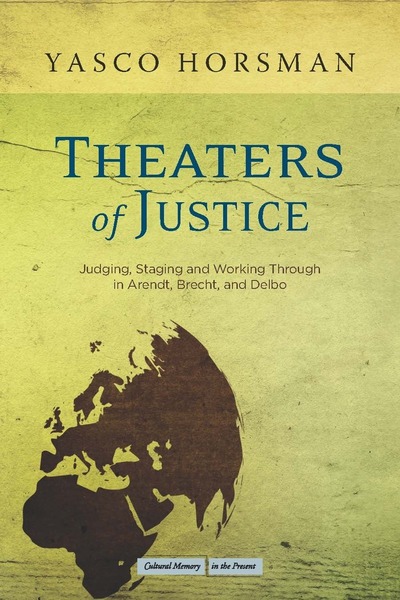 Theaters of Justice
Judging, Staging, and Working Through in Arendt, Brecht, and Delbo
Yasco Horsman
SERIES: Cultural Memory in the Present

What role do legal trials have in collective processes of coming to terms with a history of mass violence? How does the theatrical structure of a criminal trial facilitate and limit national processes of healing and learning from the past? This study begins with the widely publicized, historic trials of three Nazi war criminals, Eichmann, Barbie, and Priebke, whose explicit goal was not only to punish, but also to establish an officially sanctioned version of the past. The Truth and Reconciliation commissions in South America and South Africa added a therapeutic goal, acting on the belief that a trial can help bring about a moment of closure.

Horsman challenges this belief by reading works that reflect on the relations among pedagogy, therapy, and legal trials. Philosopher Hannah Arendt, poet Charlotte Delbo, and dramaturg Bertolt Brecht all produced responses to historic trials that reopened the cases those trials sought to close, bringing to center stage aspects that had escaped the confines of their legal frameworks.

"Yasco Horsman's Theaters of Justice, expansive in its range and scope and populated with articulate and careful readings, is vivifying for the field. . . When Horsman seeks to characterize working through the past not as a means of closure but as a didactic event, one that escapes legal symbolization but enables mourning and lamentation, he is at his best. . . By focusing on texts that seek to reopen what trials attempt to close and enclose in the past, horseman reveals a host of hidden transcripts that remain in excess of legal process. These transcripts are marvelously decoded by art and literature. Works of poetry, film, fiction, painting and, yes, theater help us face up to those pasts that cannot be closed, lost or effaced. Transitional justice needs to take artistic expressions of collective guilt, despair and resentment more seriously in the ways Horsman brilliantly demonstrates. . . gripping and inspired."

"Horsman gives an insightful interpretation of Arendt's laughter. . . Horsman claims that Arendt's laughter 'allows her to face the scandal of Eichmann's banality without completely reconciling herself with it' . . . In a distinction worthy of Aristotle's 'Poetics', Horsman notes that different genres seek different audiences. Poetry addresses individuals; novels explain the social dimensions of being; plays speak to citizens or members of a community."

"Theater of Justice is an important and highly readable in-depth study of post-war legal and literary events that continue to exert their influence on the contemporary understanding of justice and historical truth. Horsman is concerned with those aspects of reality that are negotiated and expressed in a trial but cannot be dealt with adequately within the categories of the law; he shows that literature commemorates and conveys dimensions of the past that do not fit easily into the idiom, structure, or purpose of legal discourse." 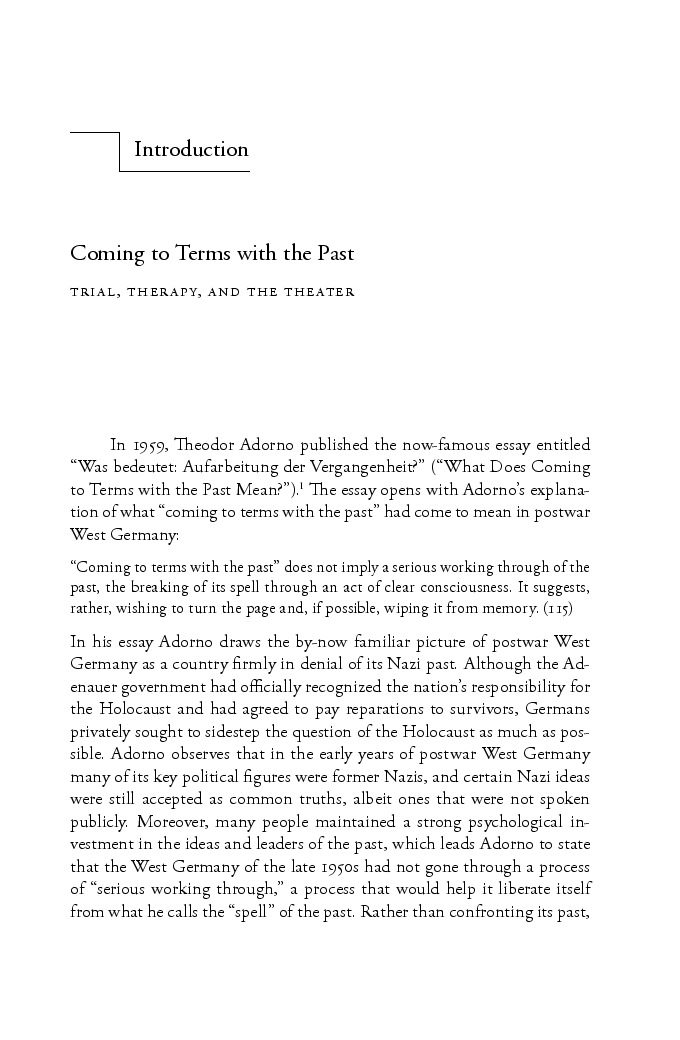 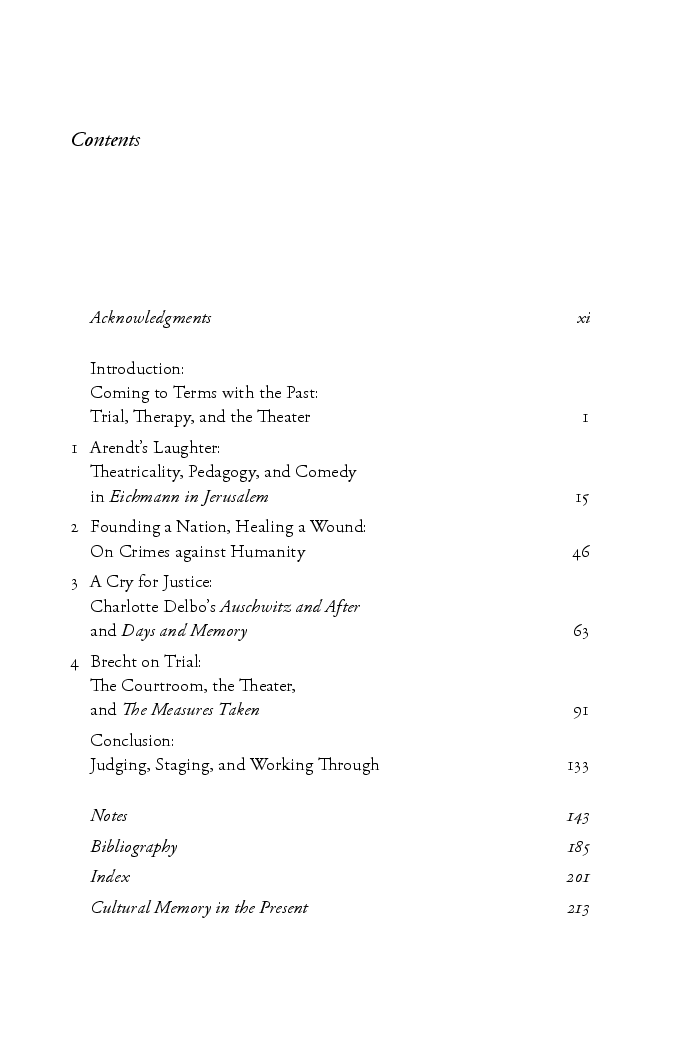