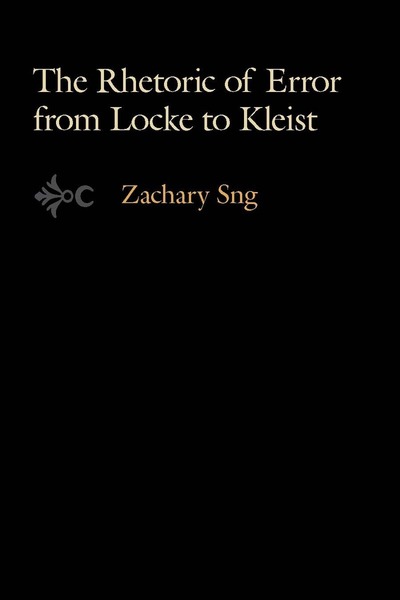 The Rhetoric of Error from Locke to Kleist
Zachary Sng

Eighteenth-century Europe, preoccupied with both the origins and the defense of reason, was naturally concerned with what might be the root of all error. A topic any systematic account of knowledge must grapple with, error became a frequent point of debate in new scientific, aesthetic, and philosophical investigations. Taking John Locke's Essay Concerning Human Understanding as his point of departure, Sng examines a number of such debates, focusing on literary and philosophical accounts of the relationship between language and thought. Rather than approaching its topic conceptually or historically, he takes on canonical texts of the Enlightenment and Romanticism and engages with their rhetorical strategies. In so doing, Sng elucidates how people wrote about error and how texts claimed to produce reliable and error-free modes of knowledge. The range of authors addressed—Leibniz, Adam Smith, Coleridge, Kant, and Goethe—demonstrates the diversity and heterogeneity underlying the textual production of the age.

"With clarity, precision, and deftness, Zachary Sng analyzes in The Rhetoric of Error from Locke to Kleist the topic of error as it is thematized and figured in an array of philosophical and literary texts from Britain to Germany in the eighteenth century . . . The topic is a demanding and potentially unwieldy one that Sng handles with athleticism and elegance."

"The Rhetoric of Error from Locke to Kleist is highly ambitious and shows a remarkable erudition in a broad spectrum of fields: philosophy, literature, and above all literary theory. This is theoretical thinking and literary criticism at its best."

"This elegant, lucid book addresses itself to one of the most imposingly significant topics imaginable. Sng manages the remarkable feat of writing with knife-like precision about error—the very figure of figurative drift. His study not only contributes richly to our understanding of classic eighteenth-century literary and philosophical texts, but offers the rare spectacle of a work fearlessly committed to the task of thinking about reading." 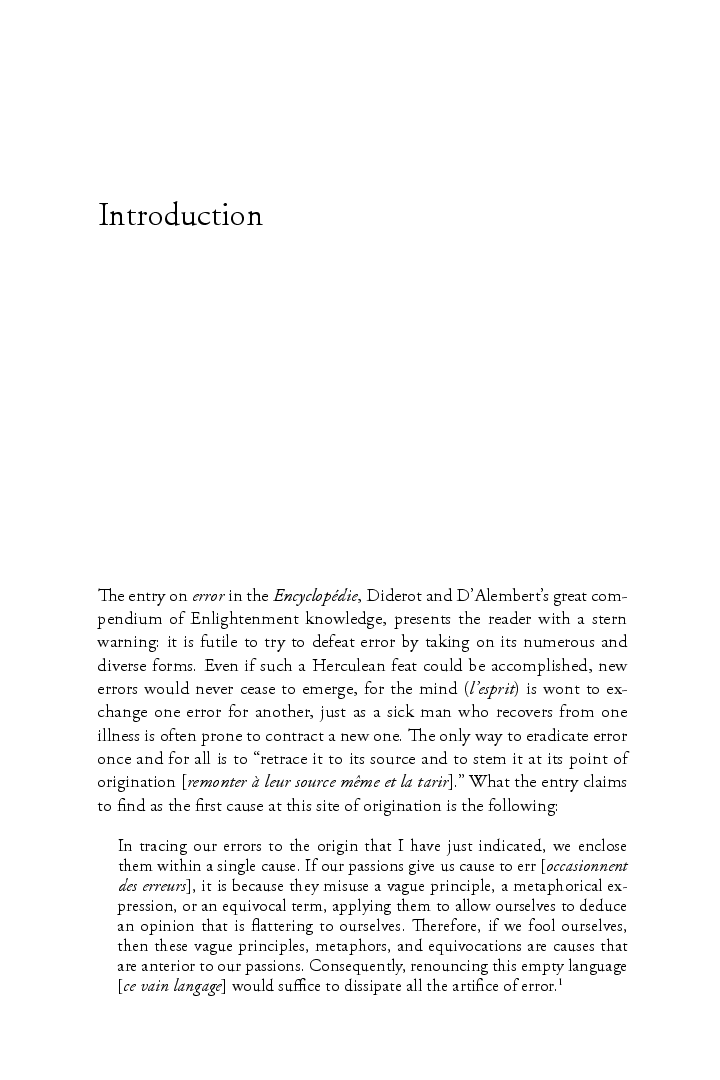 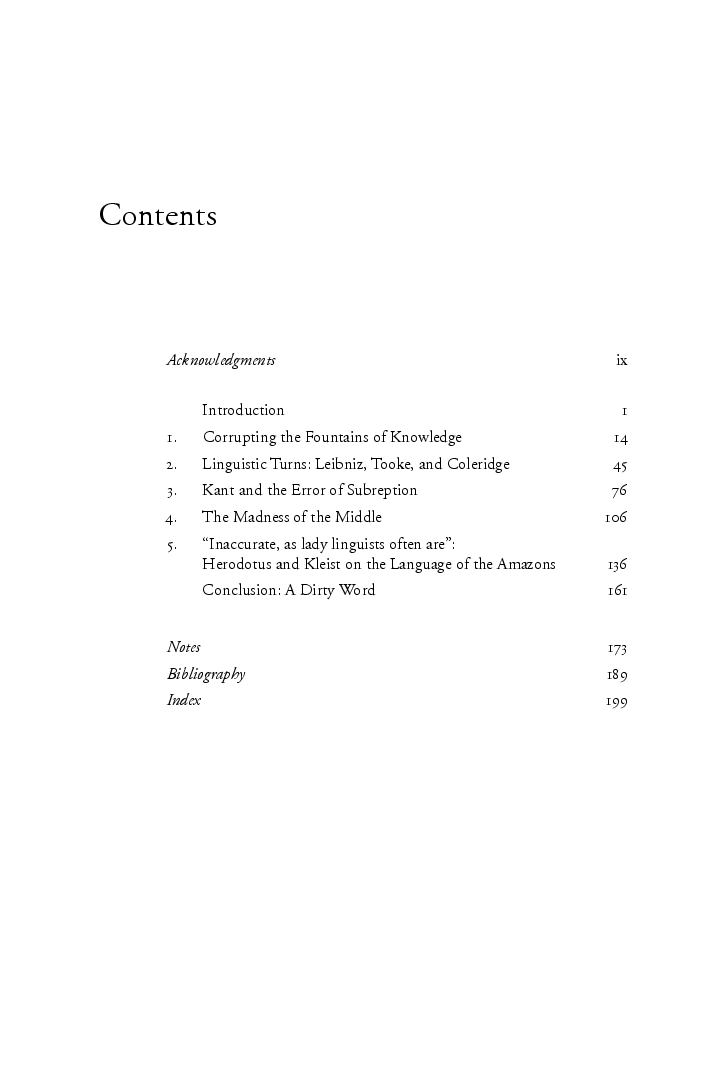