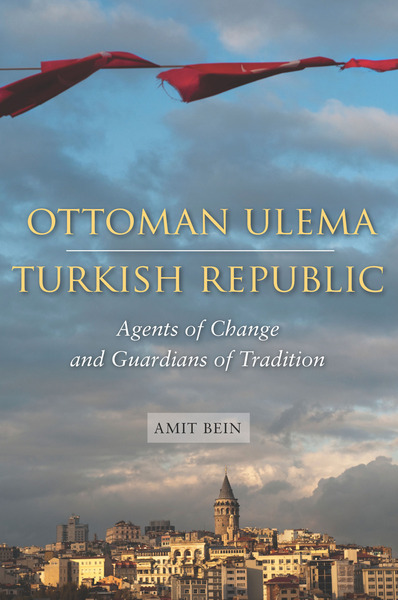 To better understand the diverse inheritance of Islamic movements in present-day Turkey, we must take a closer look at the religious establishment, the ulema, during the first half of the twentieth century. During the closing years of the Ottoman Empire and the early decades of the Republic of Turkey, the spread of secularist and anti-religious ideas had a major impact on the views and political leanings of the ulema. This book explores the intellectual debates and political movements of the religious establishment during this time.

Bein reveals how competing visions of development influenced debates about reforms in religious education and the modernization of the medreses. He also explores the reactions and changing attitudes of Islamic intellectuals to the religious policies of the secular republic, and provides a better understanding of the changes in the relationship between religion and state. Exposing division within the religious establishment, this book illuminates the ulema's long-lasting legacies still in evidence in Turkey today.

Amit Bein is Assistant Professor of History at Clemson University.

—Erik-Jan Zürcher, Bulletin of the School of Oriental & African Studies

"Ottoman Ulema, Turkish Republic restores religious spokesmen and their supporters to the multiple roles they played in the first half of the 20th century. More importantly, Bein makes it clear that these early debates were responsible for the fault lines that underlie present-day Turkey's religious politics and posturing."

"[T]his recent book by Amit Bein is a welcome and a much needed contribution to the literature on the Turkish ulema and to the literature on religion in modern Turkey in general . . . This book conveys a nuanced understanding of who the Turkish ulema were and how they navigated the empire-to-republic transition . . . Bein's study is fine-grained and buttressed by ample archival research. It opens up new vistas on Turkish history and enriches the study of the modern ulema."

"The more difficult task confronting historians of the transition from Ottoman Empire to Turkish Republic has been to understand the deeper social, cultural, and political effects of the various changes enacted by the new regime. Amit Bein's book represents an important effort in this direction, not least because he has taken up one of the central issues in this transition. . . An important contribution to our understanding of the late Ottoman and early Turkish Republican history."

"Bein's nuanced unfolding of opinions, events, and political maneuvers is an effective demonstration of the unexpected twists and turns that marked the political circumstances . . . [T]his book is a timely addition to the historiography of the modern Middle East, providing scholars and students of Ottoman and Turkish history with a worthwhile read."

"By underscoring the impact of political contingencies and the agency of historical figures, Bein's meticulous study complicates our understanding of the debates that swirled around Islam's proper place and authority in Ottoman and Turkish modernity. The book's deft retrieval of the shadow histories of forgotten ulema and their successors is especially compelling."

"Bein addresses the obviously important, seriously understudied reform of the ulema in the last years of the Ottoman Empire and the early years of the Turkish republic. He demonstrates clearly how the seeds of profound change were sown in the Ottoman era with the participation and support of much of the religious establishment, and provides valuable historical context for those interested in debates about religious life, religious authority, and their relationship to the state and to modern society in Turkey."

"Bein's exemplary scholarship on late Ottoman ulema undoubtedly provides the best account of a class often depicted as monolithic and reactionary. Ottoman Ulema, Turkish Republic not only challenges this essentialist approach by showing that the Ottoman ulema responded to the challenges of modernity in different ways, but also by establishing the fact that the Ottoman ulema played a more significant role in the last decades of the empire than has been commonly assumed. Based on a host of original Ottoman documents from different archives as well as sharp analysis, this study should also serve as a model to emulate for scholars of Ottoman history." 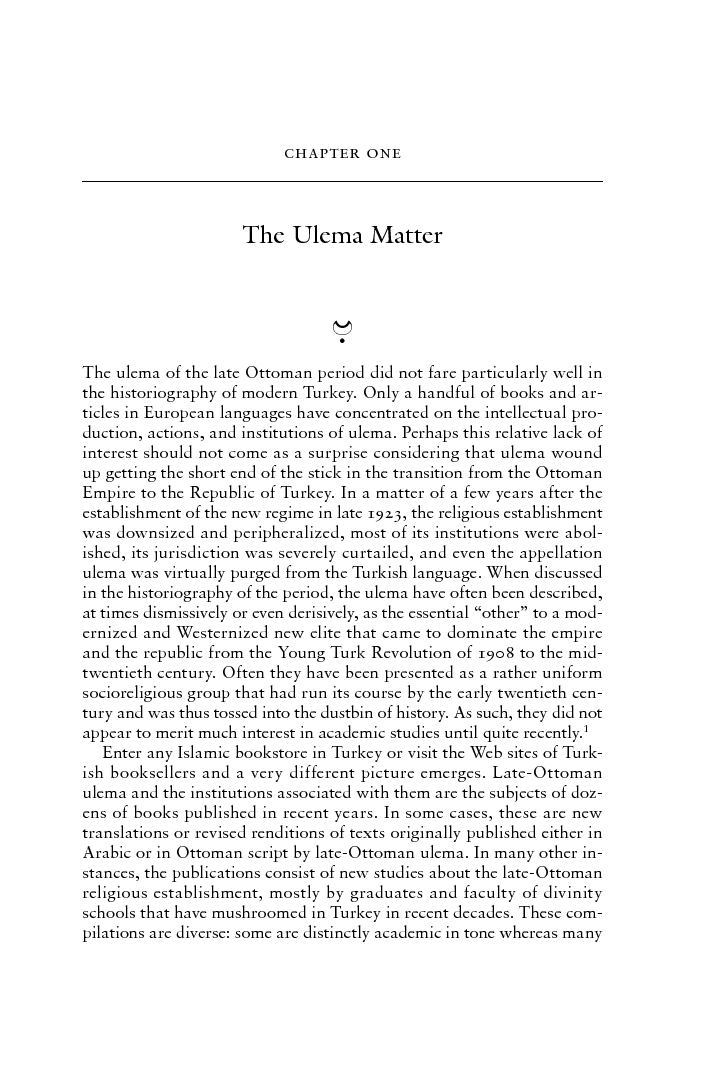 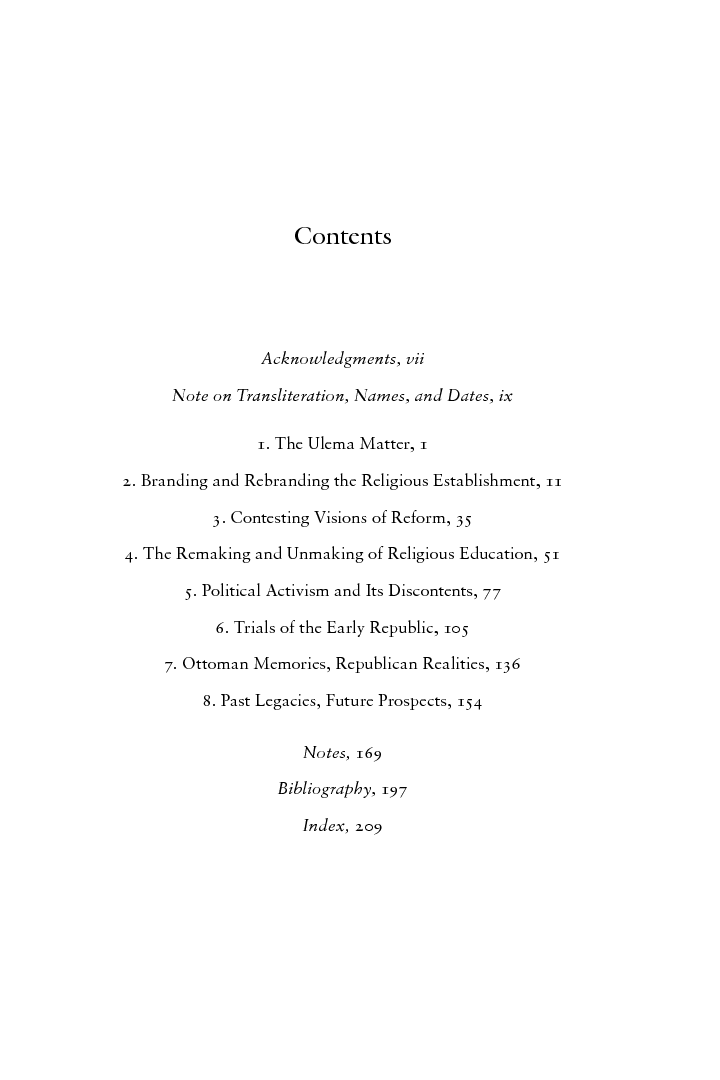