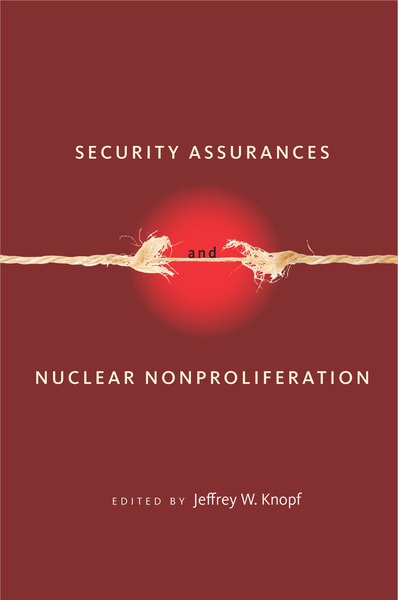 While policy makers and scholars have long devoted considerable attention to strategies like deterrence, which threaten others with unacceptable consequences, such threat-based strategies are not always the best option. In some cases, a state may be better off seeking to give others a greater sense of security, rather than by holding their security at risk. The most prominent use of these security assurances has been in conjunction with efforts to prevent the spread of nuclear weapons.

Ongoing concerns about the nuclear activities of countries like Iran and North Korea, and the possible reactions of other states in their regions, have catapulted this topic into high profile. This book represents the first study to explore the overall utility of assurance strategies, to evaluate their effectiveness as a tool for preventing nuclear proliferation, and to identify conditions under which they are more or less likely to be effective.

Jeffrey W. Knopf is Senior Lecturer at the Naval Post Graduate School. He is the author of Domestic Society and International Cooperation: The Impact of Protest on U.S. Arms Control Policy.

"Welcome edited volume on nuclear nonproliferation . . . the contributors deserve substantial credit for developing a useful concept, exploring its implications, pulling the concept into explanatory propositions drawn from various theories, and testing the hypotheses on a set of relevant cases."

"Knopf has assembled a respected field of scholars as contributors, producing a well-edited work that maintains a consistent, disciplined focus across chapters . . . Recommended."

"This sophisticated and detailed study of security assurances provides new insights into the dynamics of nuclear proliferation and non-proliferation. It is an important contribution to both International Relations theory and policy-relevant research on nuclear deterrence."

"Security assurance has been a powerful tool for encouraging states to forgo nuclear weapons acquisition. Yet the knowledge of it, especially the conditions under which it fails or succeeds, remains sparse. Here is the first major book that rectifies this weakness. The volume offers some outstanding ideas for both policymakers and scholars." 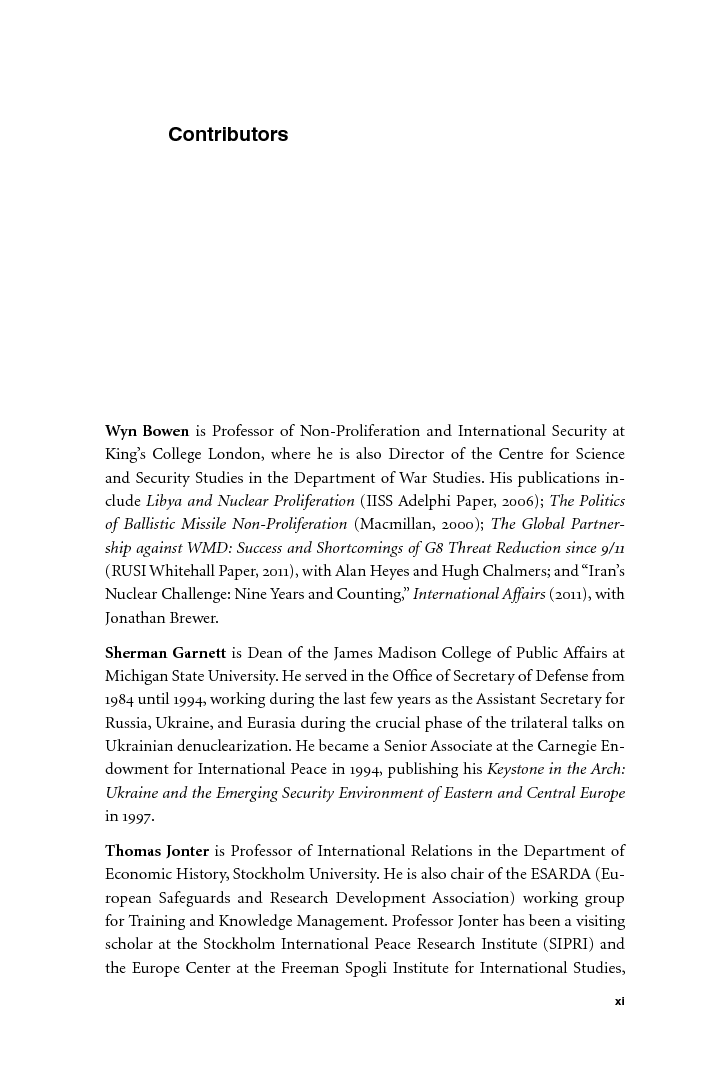 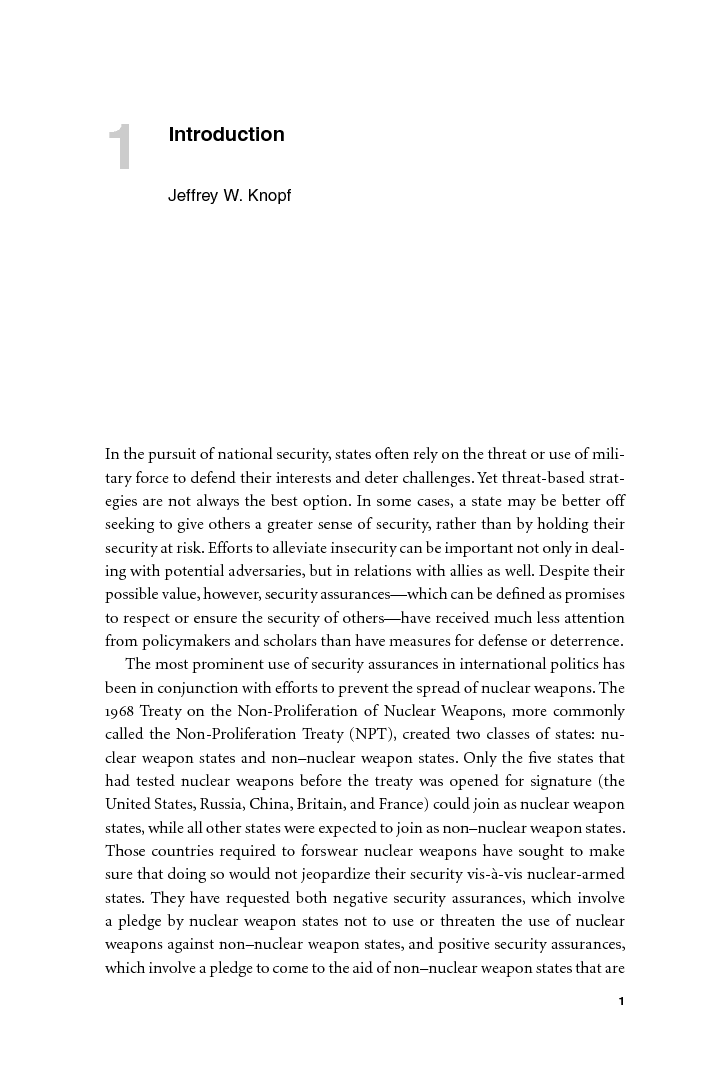 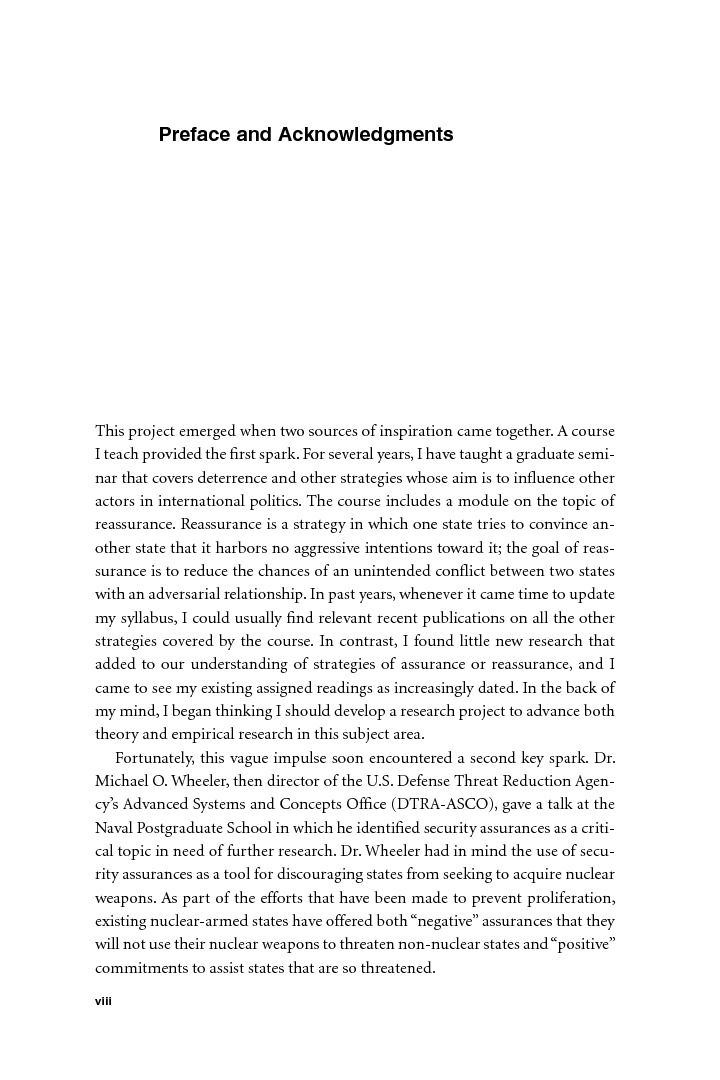 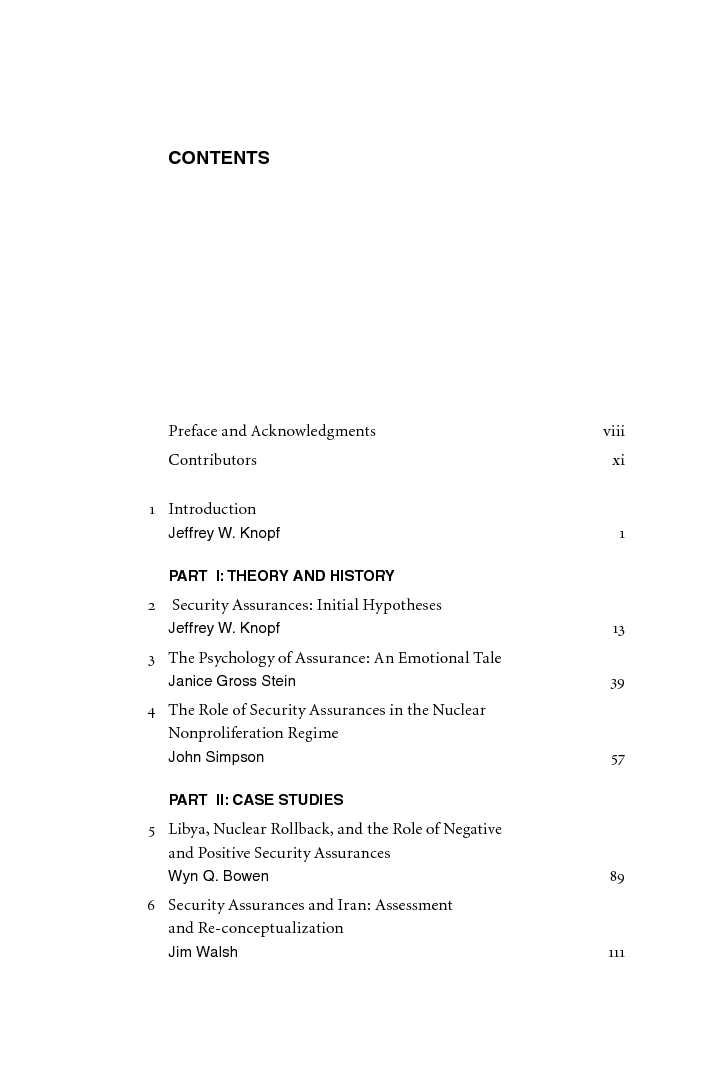 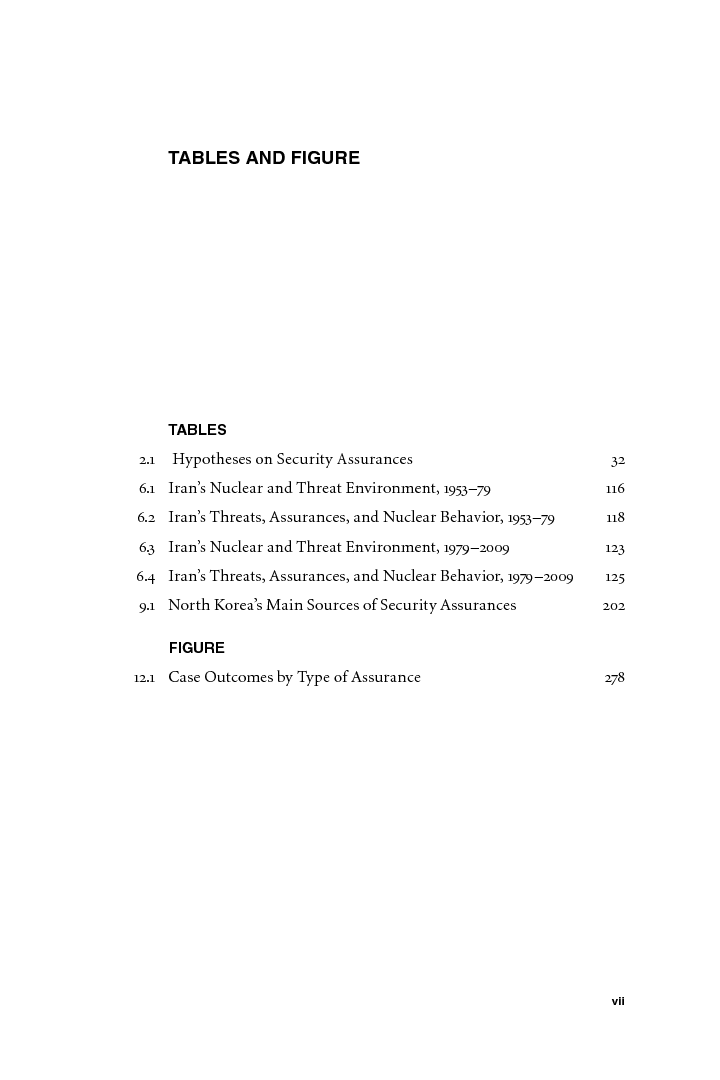