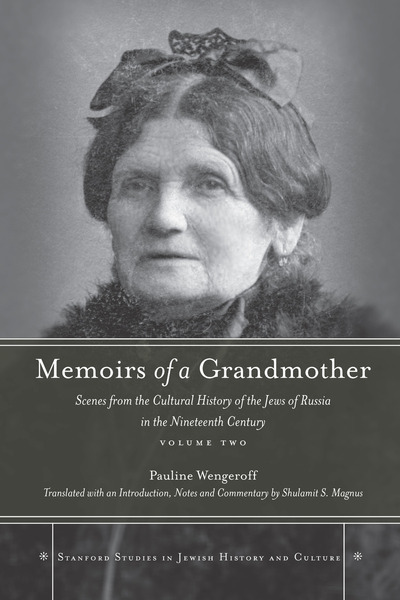 Memoirs of a Grandmother
Scenes from the Cultural History of the Jews of Russia in the Nineteenth Century, Volume Two
Pauline Wengeroff. Translated with an Introduction, Notes, and Commentary by Shulamit S. Magnus
SERIES: Stanford Studies in Jewish History and Culture

Pauline Wengeroff's Memoirs of a Grandmother offers a unique first-person window into traditionalism, modernity, and the tensions linking the two in nineteenth-century Russia. Wengeroff (1833–1916), a perceptive, highly literate social observer, tells a gripping tale of cultural transformation, situating her narrative in the experience of women and families.

In Volume Two, Wengeroff claims that Jewish women were capable and desirous of adopting the best of European modernity but were also wedded to tradition, while Jewish men recklessly abandoned tradition and forced their wives to do the same. The result was not only marital and intergenerational conflict but also catastrophic cultural loss, with women's inability to transmit tradition in the home leading to larger cultural drift. Two of Wengeroff's children converted when faced with anti-Jewish educational and professional discrimination, unwilling to sacrifice secular ambitions and visions for the sake of a traditional culture they did not know. Memoirs is a tale of loss but also of significant hope, which Wengeroff situates not in her children but in a new generation of Jewish youth reclaiming Jewish memory. To them, she addresses her Memoirs, giving an "orphaned youth"—orphaned of their past and culture—a "grandmother."

Shulamit S. Magnus is Associate Professor of Jewish Studies at Oberlin College. Her edition of the first volume of Wengeroff's Memoirs of a Grandmother won the National Jewish Book Award for Women's Studies (2011).

"Wengeroff's autobiography is unquestionably one of the most interesting sources we have on Jewish life in Eastern Europe, and this edition should make it yet more accessible to non-German readers. [Memoirs of a Grandmother] will be a standard reference work and a starting point for a great deal of research. The readability of the translation and the user-friendly nature of the notes make use of this book very enjoyable, which is not something to be taken for granted these days." 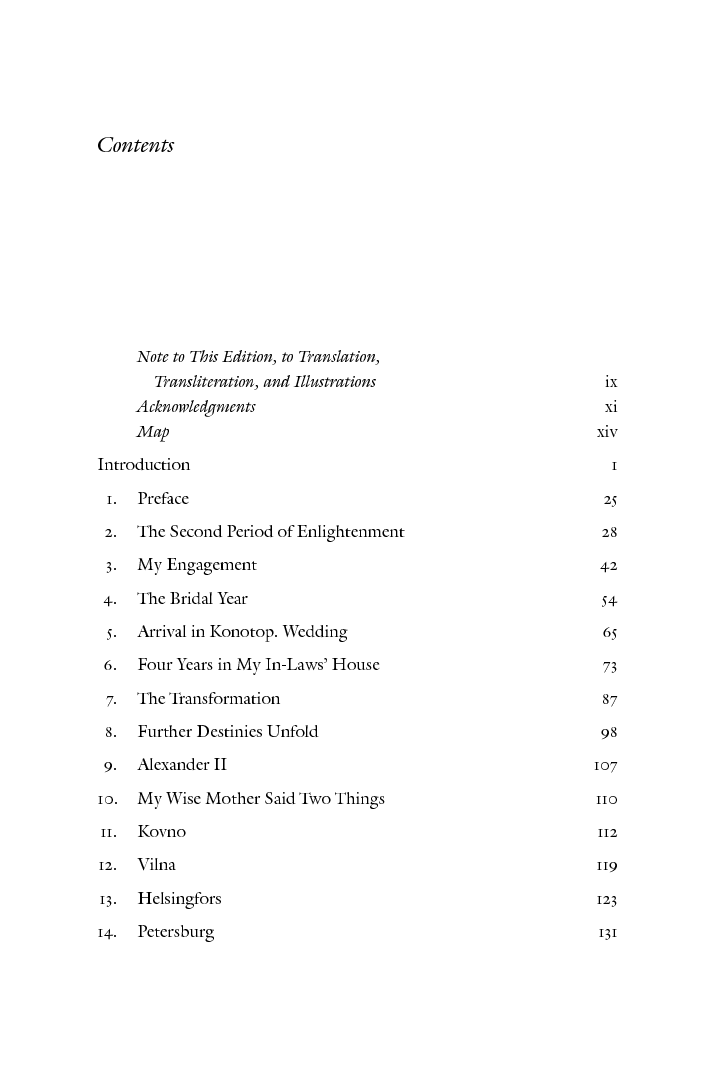 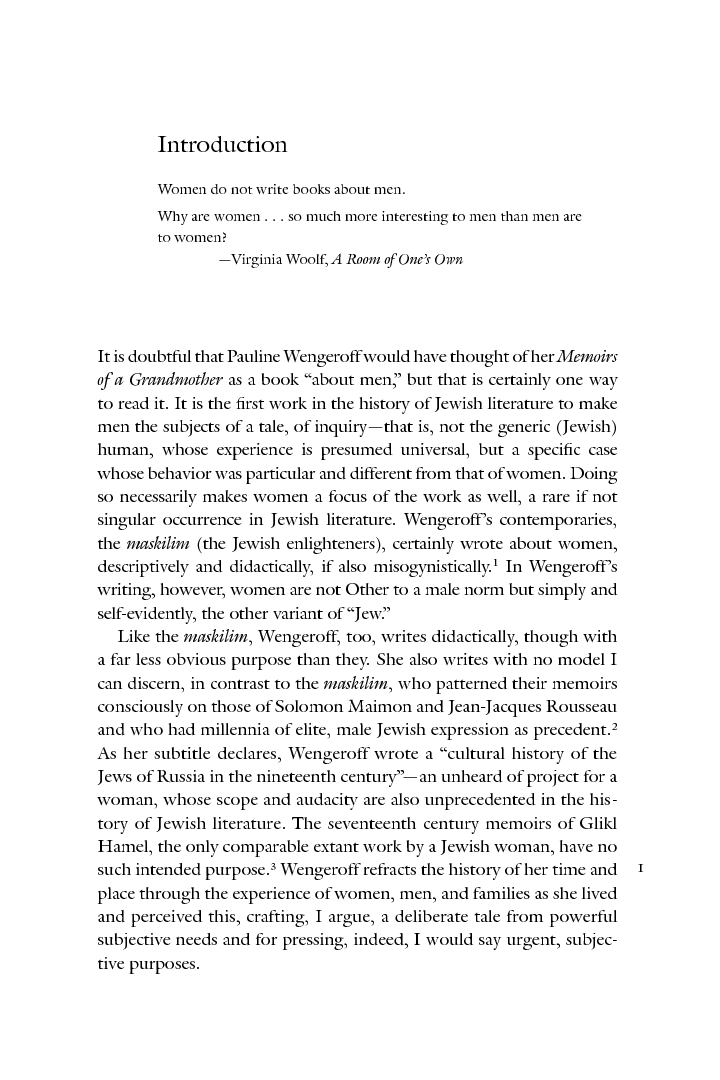 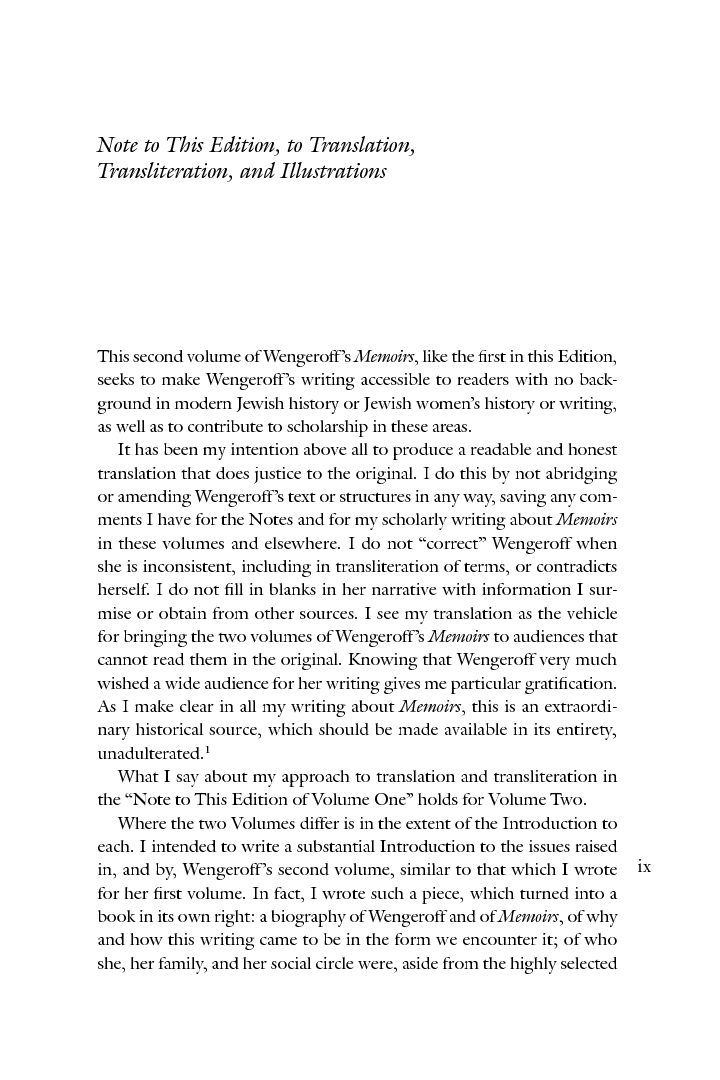