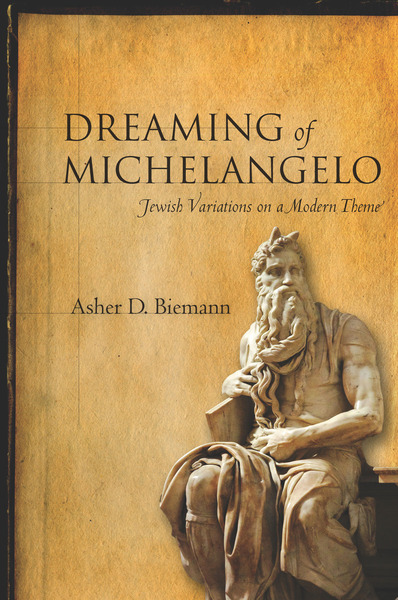 Dreaming of Michelangelo is the first book-length study to explore the intellectual and cultural affinities between modern Judaism and the life and work of Michelangelo Buonarroti. It argues that Jewish intellectuals found themselves in the image of Michelangelo as an "unrequited lover" whose work expressed loneliness and a longing for humanity's response. The modern Jewish imagination thus became consciously idolatrous. Writers brought to life—literally—Michelangelo's sculptures, seeing in them their own worldly and emotional struggles. The Moses statue in particular became an archetype of Jewish liberation politics as well as a central focus of Jewish aesthetics. And such affinities extended beyond sculpture: Jewish visitors to the Sistine Chapel reinterpreted the ceiling as a manifesto of prophetic socialism, devoid of its Christian elements. According to Biemann, the phenomenon of Jewish self-recognition in Michelangelo's work offered an alternative to the failed promises of the German enlightenment. Through this unexpected discovery, he rethinks German Jewish history and its connections to Italy, the Mediterranean, and the art of the Renaissance.

Asher D. Biemann is Associate Professor of Religious Studies at the University of Virginia. Stanford has also published his Inventing New Beginnings (2009).

"[The Jewish/Modern Michelangelo] provides the subject of this thoughtful, dense, and extended essay. Its main focus, modern Jewish thinkers and writers, is viewed through a very specific, possibly surprising lens: Michelangelo and Renaissance Italy . . . This stimulating and pensive book is not merely a tenure document or converted dissertation but rather a different kind of scholarly engagement with both elements of its equation, Michelangelo as well as Moses."

"Beautifully written and richly textured with readings of original sources, this meditation depicts the encounter of the Jewish imagination with Italy and Michelangelo—unrequited lover, sculptor of living form, painter of humanity's original image, and desired other of Jewish cultural Eros . . . Biemann's analysis of the German-Jewish affinity for Italy and Michelangelo through the dynamic of cultural eroticism deepens our understanding of Jewish selfhood during these crucial years and reveals to us how German-Jewish love and dreaming are not mere forms of escapism or fantasy but rather the means for self-creation and even self-empowerment."

"Asher Biemann's Dreaming of Michelangelo: Jewish Variations on a Modern Theme engages the intellectual history of the modern Jewish experience in late nineteenth-and early twentieth-century Europe . . . [T]hrough a study of the German-Jewish experience of Italy, Dreaming of Michelangelo provides a powerful and compelling example of how an engagement with aesthetics can and should be the work of twenty-first-century Jewish thought."

"Dreaming of Michelangelo obliges the reader to rethink the important questions of the relationship between Deutschtum and Judentum, Judaism and Hellenism, Jewish criticism of idolatry, Jewith ethics, and religion."

"Biemann takes the reader into the vibrant intellectual worlds of the generations of Jews in the German-speaking orbit for whom the encounter with Michelangelo, with Italy, and with classical art proved constitutive of their experience of modernity and sometimes Jewishness as well."

"Asher Biemann presents a very creative and productive lens for re-examining the entry into modernity by Western European Jews." 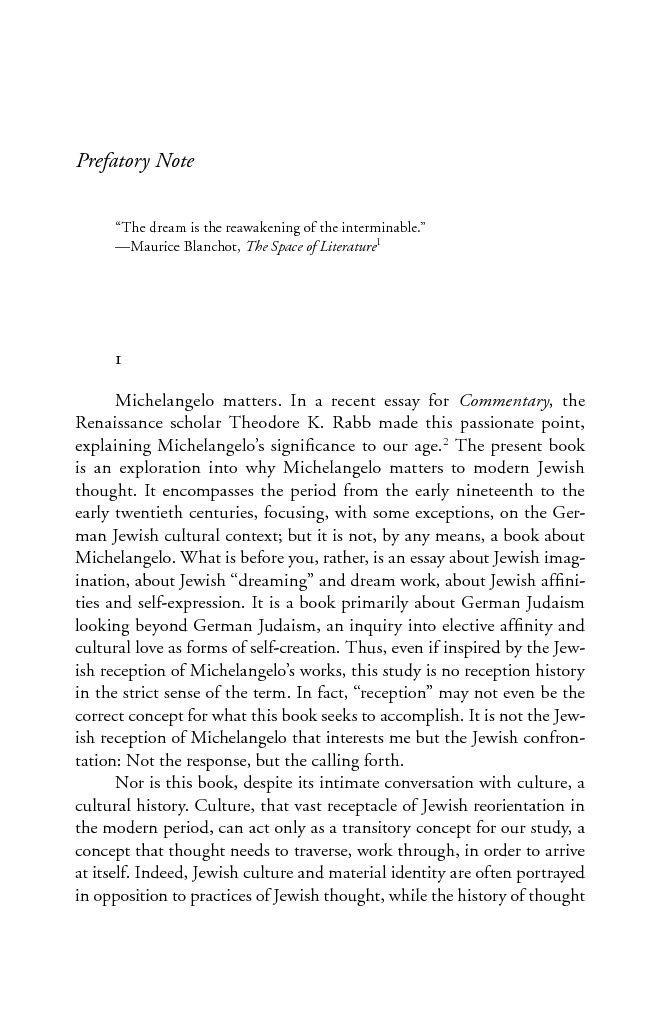 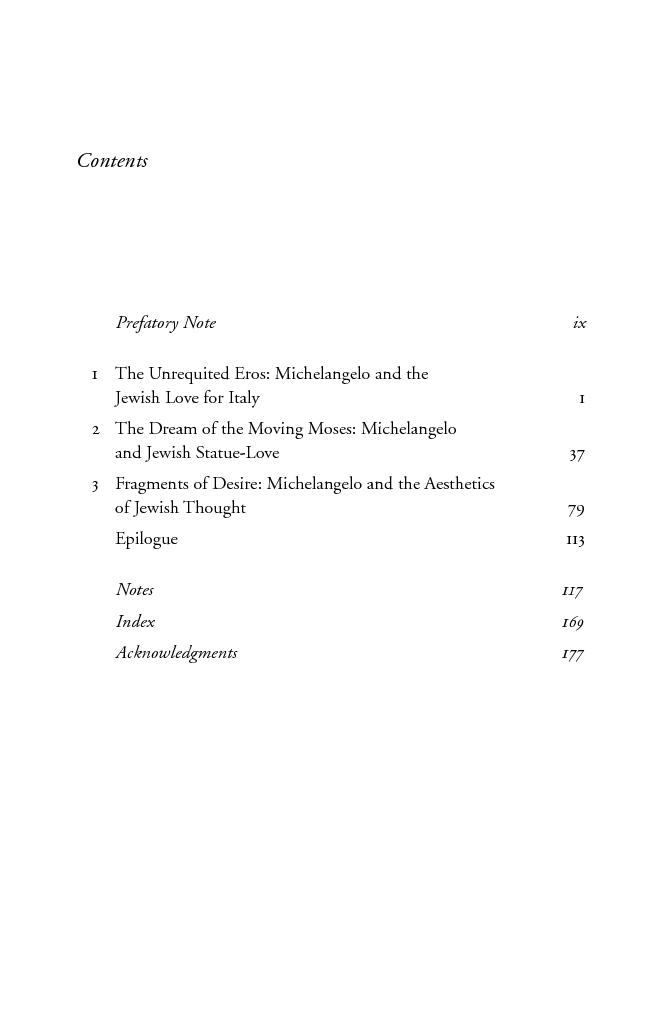