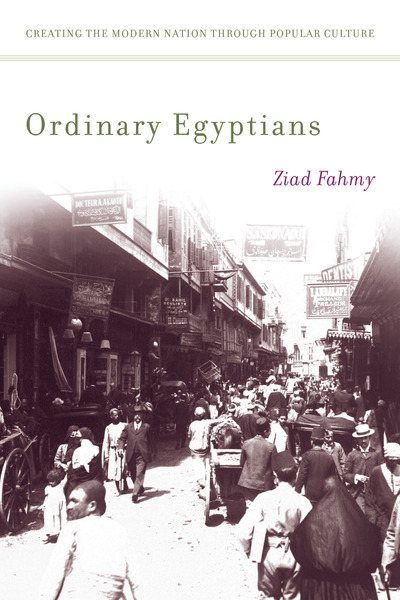 The popular culture of pre-revolution Egypt did more than entertain—it created a nation. Songs, jokes, and satire, comedic sketches, plays, and poetry, all provided an opportunity for discussion and debate about national identity and an outlet for resistance to British and elite authority. This book examines how, from the 1870s until the eve of the 1919 revolution, popular media and culture provided ordinary Egyptians with a framework to construct and negotiate a modern national identity.

Ordinary Egyptians shifts the typical focus of study away from the intellectual elite to understand the rapid politicization of the growing literate middle classes and brings the semi-literate and illiterate urban masses more fully into the historical narrative. It introduces the concept of "media-capitalism," which expands the analysis of nationalism beyond print alone to incorporate audiovisual and performance media. It was through these various media that a collective camaraderie crossing class lines was formed and, as this book uncovers, an Egyptian national identity emerged.

"Ziad Fahmy's Ordinary Egyptians offers a compelling alternative to an existing historiogrpahy that has mostly explored Egyptian nationalism from the vantage of elite culture."

"[Fahmy's book] provides a model for creative but very solid historical studies. Fahmy asks an important question: What role did popular culture play in the formation of the modern Egyptian nation? He plunges into very real controversies over the vernacular versus literary Arabic and makes a clear and persuasive, though inevitably controversial case for that incredibly supple and quite beautiful Egyptian spoken dialect."

"Fahmy's work is a well-written and compelling argument to expand our thinking on the formation of Egyptian nationalism. By looking at new sources, found in the written and spoken colloquial Egyptian of everyday Egyptians, Fahmy has greatly added to the historiography of this topic. The author also shows that we must move beyond our Western European-centric notions of linguistic cultural nationalism if we are to wholly understand the formation of nationalism in the Arab world."

"This is truly an excellent and original book. Fahmy deconstructs commonly held assumptions regarding the formation of nationalism, particularly in its early stages, providing a thought-provoking contribution to our understanding of how agents propelled the formation of nationalism in Egypt in the late nineteenth and early twentieth century. Its contribution to the field is indispensable."

"This refreshing new work fills a significant gap and opens a path for further research on how class and literary taste functioned in the early stages of Egyptian national identity formation. Fahmy places the vernacular more squarely in the center of discussions of the history of Egyptian nationalism and marks out useful signposts in showing how expressive culture articulates with other developments."

"Ordinary Egyptians is a gem in the collection of works on modern Egyptian history. Fahmy covers the rich topic of the colloquial media in Egypt when khedives and then the British governed Egyptian society, spotlighting those who wrote for newspapers, the theater, and the radio. An important book." 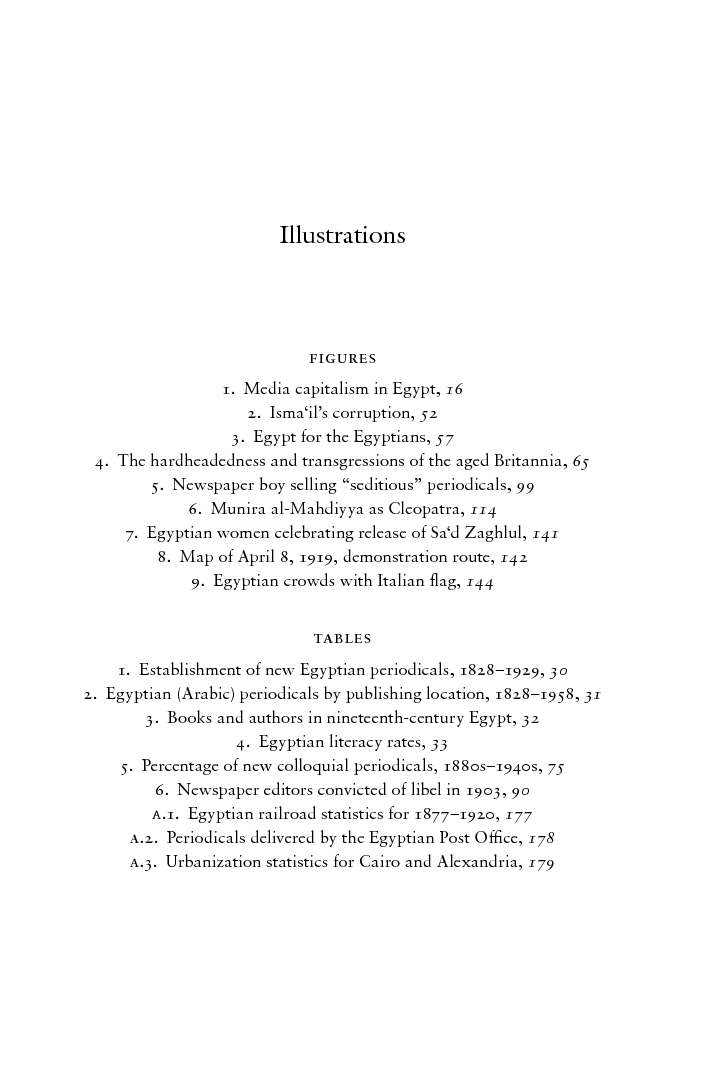 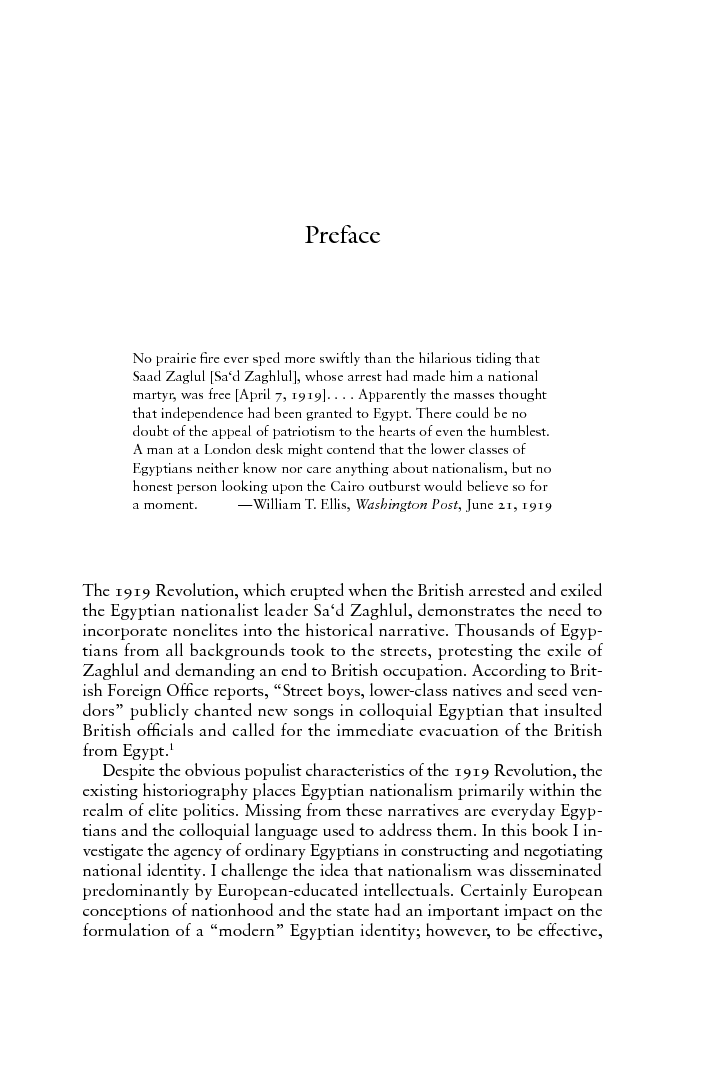 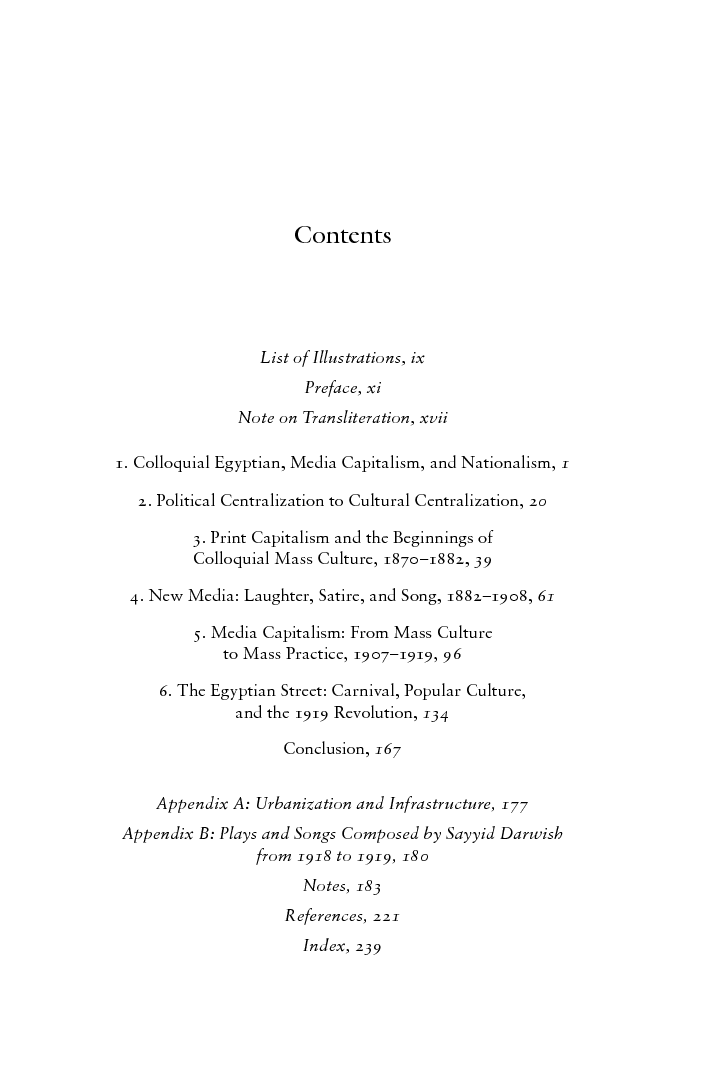