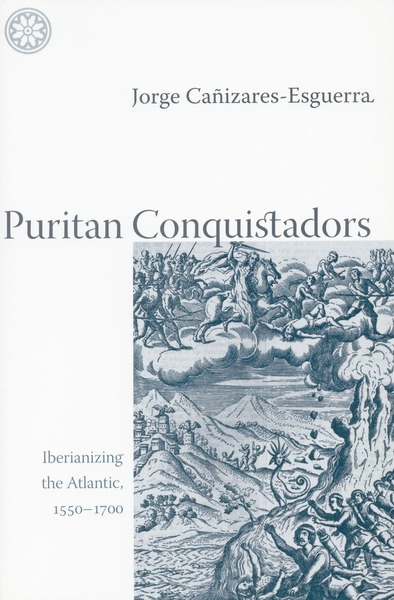 This book argues that the striking resemblances in Spanish and Puritan discourses of colonization as "exorcism" and as spiritual gardening point to a common Atlantic history. These resemblances suggest that we are better off if we simply consider the Puritan colonization of New England as a continuation of Iberian models rather than a radically different colonizing experience. The book demonstrates that a wider Pan-American perspective can upset the most cherished national narratives of the United States, for it maintains that the Puritan colonization of New England was as much a chivalric, crusading act of Reconquista (against the Devil) as was the Spanish conquest.

Jorge Cañizares-Esguerra is Professor of History at the University of Texas at Austin. He is author of the award winning How to Write the History of the New World (Stanford University Press, 20

"These chapters make for thrilling reading. Canizares-Esguerra writes with zest and an obvious love for the history of ideas. He brings to the reader's attention ideas central to European expansion in the Americas, enhancing our understanding of conquest and colonization."

"Puritan Conquistadors presents an imaginative, comparative history of ideas focused on early colonial religious themes in Spanish and British America . . . Reiterating his critique that U.S. historians have interpreted their colonial past in teleological terms, focused on the nation-state, and that Latin American(ist) historians have juxtaposed histories of failure in the southern continent with those of economic success and political power in the north, Cañizares-Esguerra challenges scholars in both fields to transcend these intellectual boundaries through paradigms that go beyond the global and the transnational in their understanding of the cultures of colonial America."

"This book makes important contributions to British history in a number of ways. Specifically, it demonstrates that historians have overstated the extent of England's isolation from the continent, especially in the intellectual sphere . . . Any attempt to understand England's ideology of colonization would be incomplete without taking Cañizares-Esguerra's claims into account."

"Puritan Conquistadors is an important book that deserves to be read by a broad audience. Specialists will appreciate the breadth of research, and students will gain much from the clarity of its argument and elegance of its prose... In a gentle but insistent way, [Cañizares-Esguerra] again reminds us that there are important and deep-seated cultural connections among all European colonising powers that survive and transcend the agendas of centralising monarchies and their imperial agents."

"Rebuking scholars who segregate the histories of Latin and Anglo- American colonization, Puritan Conquistadors argues provocatively that Spanish Catholics and British Protestants inhabited a common religious world that informed all European discourses about colonization . . . Canizares-Esguerra has written a passionately intelligent book whose assertion that Iberian colonization of the New World is as "'ormative' as the English one should resonate with all American historians."

"Caizares-Esguerra offers a compelling and balanced interpretation on a salient yet hitherto unarticulated theme in the early-modern Atlantic world: the demonological constructs through which the Europeans perceived the New World (its flora, fauna, and inhabitants), their mission there, and even each other."

"Once in a long while, a book comes along that sets history in its proper perspective. Jorge Canizares-Esguerra has taken a step forward... not only demonstrating a wider Pan-American perspective, but taking a larger step in the globalization of historic ties."

In this remarkable work in Atlantic history, Jorge Caizares-Esguerra demonstrates with lavish scholarship and visual imagery the European settlers struggle with Satanic forces that permeated the colonization and settlement of Europeans, both Hispanic and British, in the Western Hemisphere. He explores the epical narratives written in Spanish, Latin, and English, of that deeply embedded struggle, and shows how Christians in America thereafter fought to preserve a spiritual "garden" free of demonic forces. The struggle he describes in this original and challenging book, experienced by Christians of the time as heroic and inescapable, was an essential part of Atlantic history in the years of its early development.—Bernard Bailyn, Harvard University

"Recent scholarship on early modern Europe has shown how, contrary to the sharp contrasts of historical folklore, the Protestant and Catholic Reformations dreamed comparable dreams, and promoted comparable forms of political, economic, and social development. Now Professor Caizares-Esguerra completes the picture for the Americas of roughly the same era; in a book notable for skillful deployment of a rich visual material, he shows how Spanish and Puritan clerics, at opposite ends of a mutual anathema, dreamed comparable dreams, and shared common fears of an advancing kingdom of the devil."

"Puritan Conquistadors is a powerful and timely reminder that the two main traditions of early European expansion in the Americas Iberian Catholic and Anglo-Saxon Protestant were not, as we invariably assume, marked only by irreconcilable difference. In a study that is both pan-Atlantic and pan-American, Jorge Caizares-Esguerra boldly dismantles the confessional and national stereotypes of existing historiography by exploring what was common in the mentalities and discourses of Iberian and Puritan colonizers alike. Biblical narratives and typologies, millenarian and apocalyptic expectations, and the heroic idioms of epic struggle, crusading, and the transformation of the wilderness are restored to their original prominence. Above all, this is the most comprehensive and exciting version yet of the satanization thesis of early colonization as applied demonology. Professor Caizares-Esguerra shows brilliantly and conclusively that, whether in Massachusetts or in Mexico and Peru, clerical conquistadors saw themselves first and foremost as exorcists, expelling demons from the inhabitants and the landscape of the New World."

"Jorge Canizares-Esguerra is a historian on a mission: to rectify a historiography that posits Spain's conquest of present-day Latin America as very different and much worse than England's settlement of the present-day United States . . . In sum, this book is both welcome and important."

"The textual, iconographic, and ideational density of this book will make it a touchstone for ideas and sources; the importance this historian accords to literature in the overall ability of Europeans to 'see'—and hence to master—the New World through their millennially tinted glasses, and his continual calls for a comparative approach to American history should gratify comparative literary scholars."

"This is an enthusiastically argued, highly informed, and most stimulating study that aims to underline the common cultural heritage of both halves of the American continent in colonial times . . . In sum, he has produced a brilliant book."

"In this bold and polemical work, Jorge Cañizares-Esguerra batters and cracks the historiographical walls that barricade the Puritan north and set it apart from the Iberian south. Puritans become Conquistadors and Conquistadors become Puritans, "the West" and "the Rest" is dissolved, "the Atlantic" rises to a global warming, and the flower gardens of the nation are flooded beyond repair... luminous and pathbreaking... the book takes on [its topic] with verve, deep scholarship, and imagination. Doctors and students everywhere will be challenged and enlightened by its pages, and for a wide community of scholars Atlantic history will never be the same." 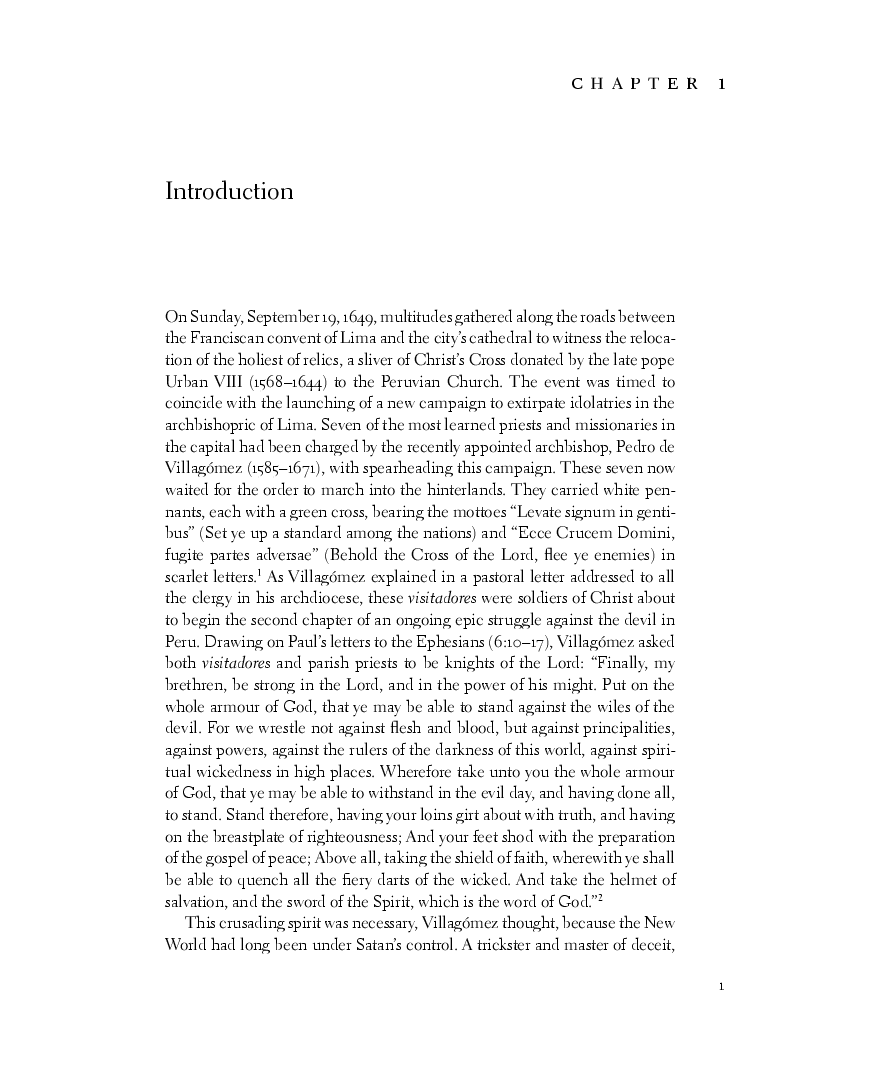 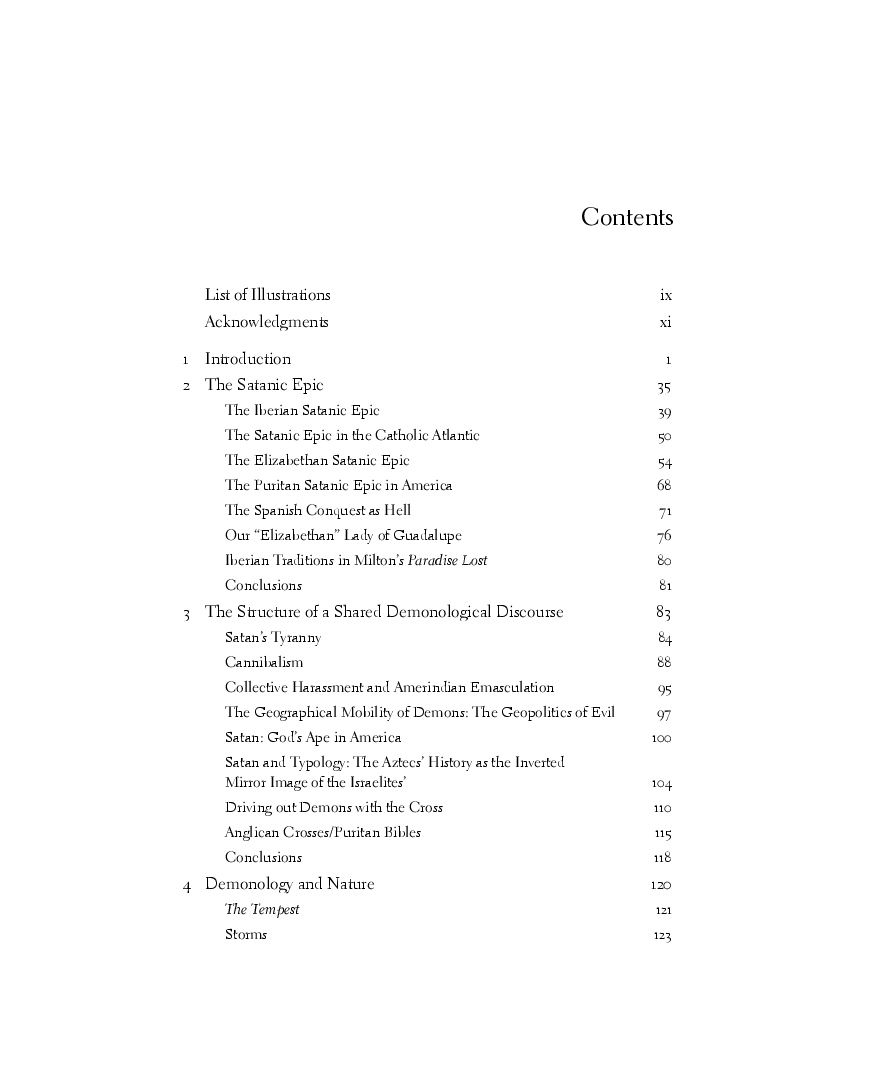