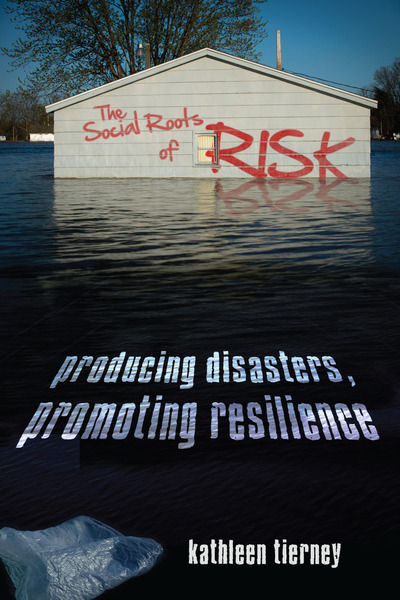 The first decade of the 21st century saw a remarkable number of large-scale disasters. Earthquakes in Haiti and Sumatra underscored the serious economic consequences that catastrophic events can have on developing countries, while 9/11 and Hurricane Katrina showed that first world nations remain vulnerable.

The Social Roots of Risk argues against the widespread notion that cataclysmic occurrences are singular events, driven by forces beyond our control. Instead, Kathleen Tierney contends that disasters of all types—be they natural, technological, or economic—are rooted in common social and institutional sources. Put another way, risks and disasters are produced by the social order itself—by governing bodies, organizations, and groups that push for economic growth, oppose risk-reducing regulation, and escape responsibility for tremendous losses when they occur.

Considering a wide range of historical and looming events—from a potential mega-earthquake in Tokyo that would cause devastation far greater than what we saw in 2011, to BP's accident history prior to the 2010 blowout—Tierney illustrates trends in our behavior, connecting what seem like one-off events to illuminate historical patterns.

Like risk, human resilience also emerges from the social order, and this book makes a powerful case that we already have a significant capacity to reduce the losses that disasters produce. A provocative rethinking of the way that we approach and remedy disasters, The Social Roots of Risk leaves readers with a better understanding of how our own actions make us vulnerable to the next big crisis—and what we can do to prevent it.

Kathleen Tierney is Professor of Sociology at the University of Colorado at Boulder and Director of its Natural Hazards Research and Applications Information Center.

"The book is a tour de force, covering the major scholarly debates and sources of academic contention related to the evolution of risks through organization and institutional actions, community development, and political economy . . . Social Roots of Disaster makes an important contribution tot he literatures on risk, resilience, and disasters. The book is well written, jargon free, compelling, and sophisticated and brings revealing insights into the processes of risk construction and proliferation."

"The origins of disaster lie in 'the ordinary everyday workings of society', avers sociologist Kathleen Tierney in this brilliant treatise. Drawing on a trove of timely case studies, Tierney analyses how factors such as speculative finance an rampant development allow natural and economic blips to tip more easily into catastrophe."

"The beginning of the 21st century has been distinguished by a large number of devastating disasters . . . Sociologist Tierney analyzes how to understand the social risks of such disasters as well as the resilience that makes it possible for some communities to better cope with the results of such events . . . The author argues that confronting risk and generating resilience must inevitably involve confronting the powerful and the social arrangements that benefit them . . . Summing Up: Highly Recommended."

"The origins of disaster lie in 'the ordinary everyday workings of society', avers sociologist Kathleen Tierney in this brilliant treatise. Drawing on a trove of timely case studies, Tierney analyses how factors such as speculative finance and rampant development allow natural and economic blips to tip more easily into catastrophe."

"If this book is taken seriously, hazards and disaster recovery research and practice will never be the same and we all will be better off for it. I am amazed at the depth and breadth of the research that went into it. Among other things, it is a great history. But what really makes this book critical is that it lays out new directions for how to approach disasters everywhere."

"This graceful, but frightening, account is grounded in exemplary research. A masterful examination of the social and institutional basis of risk in our world. It lies neither in nature nor technologies, but is enacted by culture, economics, and political power."

"The Social Roots of Risk is a brilliant synthetic work on risk and disaster. It is a masterful accomplishment that will appeal to expert and lay audiences. I hope policy makers read it, and take its messages to heart, because our world can be safer and fairer, as a result. This promises to be an instant classic, penned by one of the world's foremost scholars of risk and disaster. I wish I'd written this book."

"Kathleen Tierney has things to say that will make your eyes widen and your worldview rearrange itself. She says them with magisterial grounding in scholarship and fieldwork, and in calm, clear language. This book about risk and disaster—and how they get amplified—is fascinating and hugely important as we face an ever-more-turbulent world. A huge influence on my own writing about disaster, Tierney's work doesn't only deserve to but needs to be more widely read."

—Rebecca Solnit, author of A Paradise Built in Hell 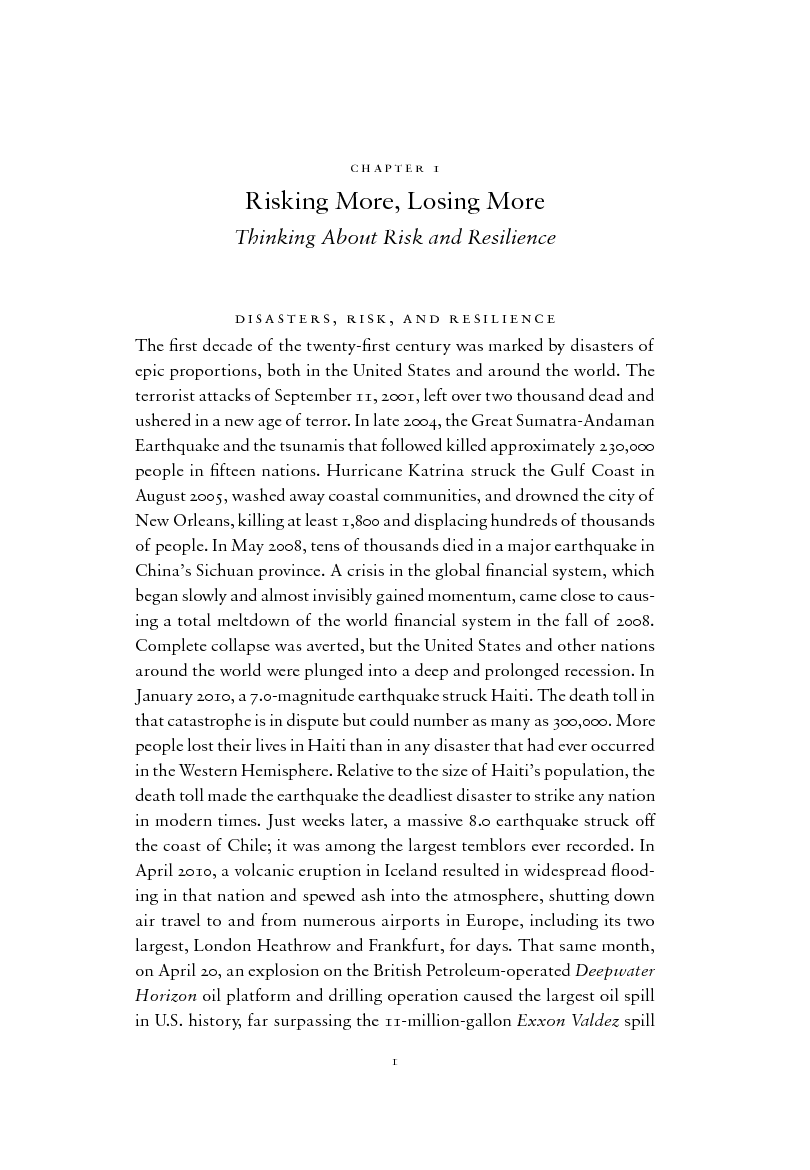 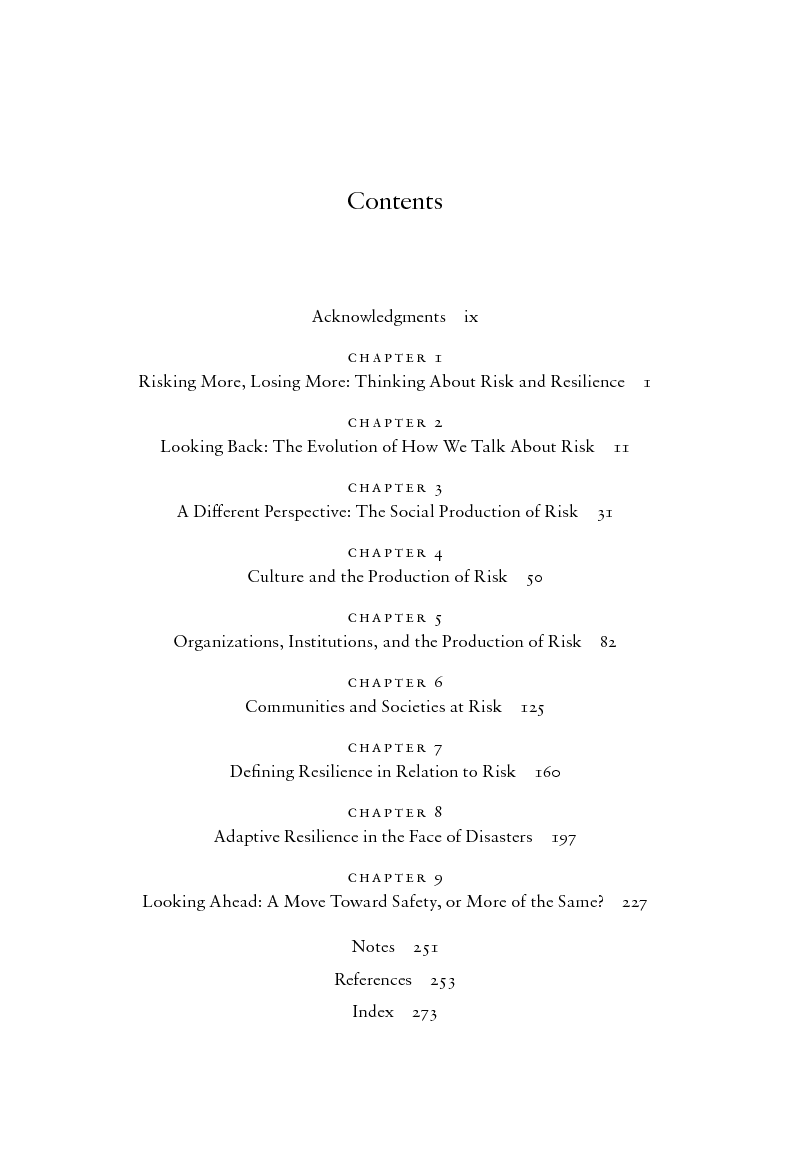