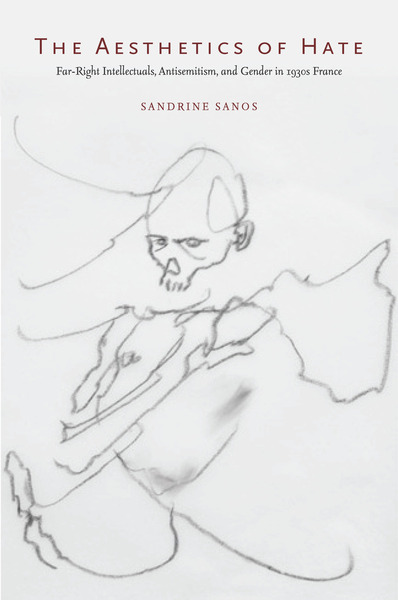 The Aesthetics of Hate examines the writings of a motley collection of interwar far-right intellectuals, showing that they defined Frenchness in racial, gendered, and sexual terms. A broad, ambitious cultural and intellectual history, the book offers a provocative reinterpretation of a topic that has long been the subject of controversy.

In works infused with rhetorics of abjection, disgust, and dissolution, such writers as Maulnier, Brasillach, Céline, and Blanchot imagined the nation through figures deemed illegitimate or inferior—Jews, colonial subjects, homosexuals, women. Sanos argues that these intellectuals offered an "aesthetics of hate," reinventing a language of far-right nationalism by appealing to the realm of beauty and the sublime for political solutions.

By acknowledging the constitutive relationship of antisemitism and colonial racism at the heart of these canonical writers' nationalism, this book makes us rethink how aesthetics and politics function, how race is imagined and defined, how gender structured far-right thought, and how we conceive of French intellectualism and fascism.

"[A] bold, sophisticated, and deeply intelligent book . . . To think through and articulate the relationship between a text and its pertinent contexts is precisely the challenge of intellectual history, and with her provocative and nuanced readings, Sanos makes an immensely valuable contribution to this field . . . Most important, with this exciting book Sanos proves how valuable the analysis of gender and race can be to intellectual history."

"Among the strengths of the author in this study is her refusal to judge her subjects—essayist Thierry Maulnier, novelists Robert Brazillach and Louis-Ferdinand Céline, and literary critic Maurice Blanchot, among others—under the retroactive 'specter of Auschwitz'. Instead, Sandrine Sanos grounds her Far Right intellectuals firmly in the historical and discursive world of France in the 1930s that shaped them . . . Sanos's argument is strong, meticulously well-supported, and original. She is right that historians have generally remained 'oblivious' to the discourse of gender and sexuality that fairly saturates the texts of the Far Right."

"In short, this is in many regards an impressive book. Sanos's primary research is exemplary, and her analyses are grounded firmly in the evidence."

"Sanos has provided a vital resource for the intellectual history of interwar France . . . Highly recommended."

"[A]n ambitious and intriguing reappraisal of an important literary movement."

"This book is an impressive piece of intellectual and cultural history. In an important intervention, the author illuminates how a range of extreme-right figures in 1930s France shared a racialized conception of the French nation. By historicizing these authors' thought, placing their writings in their wider political and journalistic context, Sanos moves beyond the narrow frame adopted by many literary scholars. The book's demonstration of the mutual constitution of antisemitism and colonial racism is one of its chief assets and achievements."

"This ambitious and conceptually sophisticated book moves beyond debates about whether the French far-right during the 1930s was 'really' fascist. In contrast to most historians, Sanos argues that the French far-right, while not 'worse' than other fascisms, was just different: it sought to provide the basis for a 'reasonable' racist anti-Semitism that would justify excluding Jews legally and symbolically from France rather than appealing, as they felt Hitler did, to myths."

"Sanos adds to an already large literature on the Jeune Droite by maintaining that it redefined far right and fascist politics by insisting that aesthetics (particularly art and literature) were the highest form of political expression....The originality of Sanos's argument lies in her assertion that the Jeune Droite used a new language, that of abjection... to express their vision of the nation." 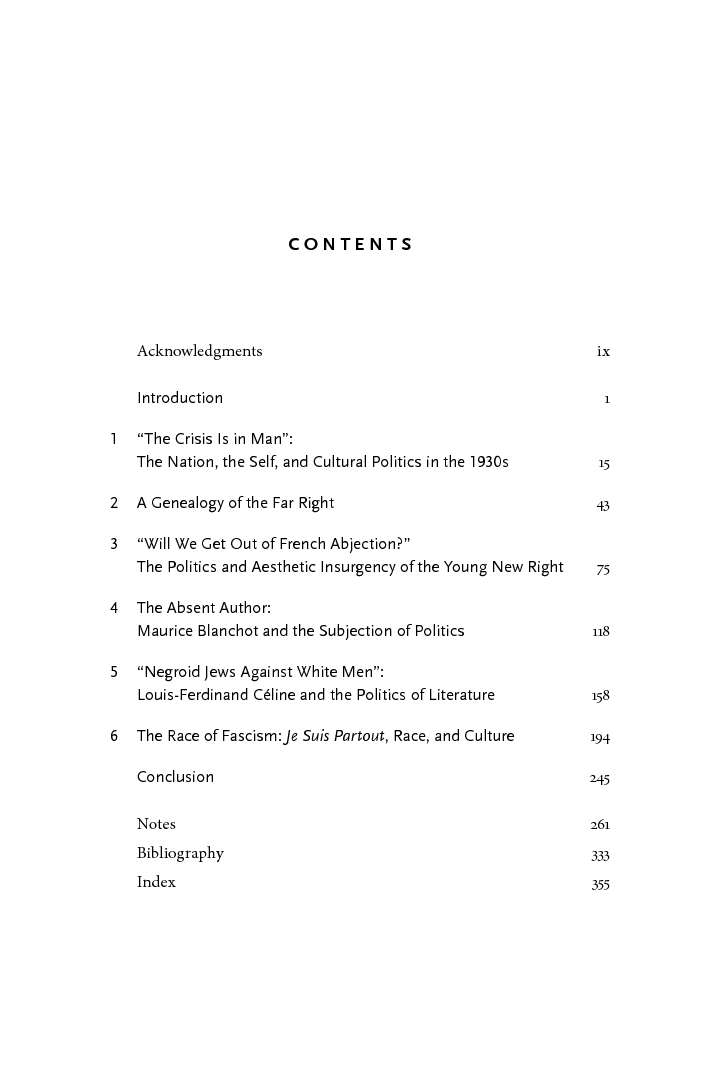 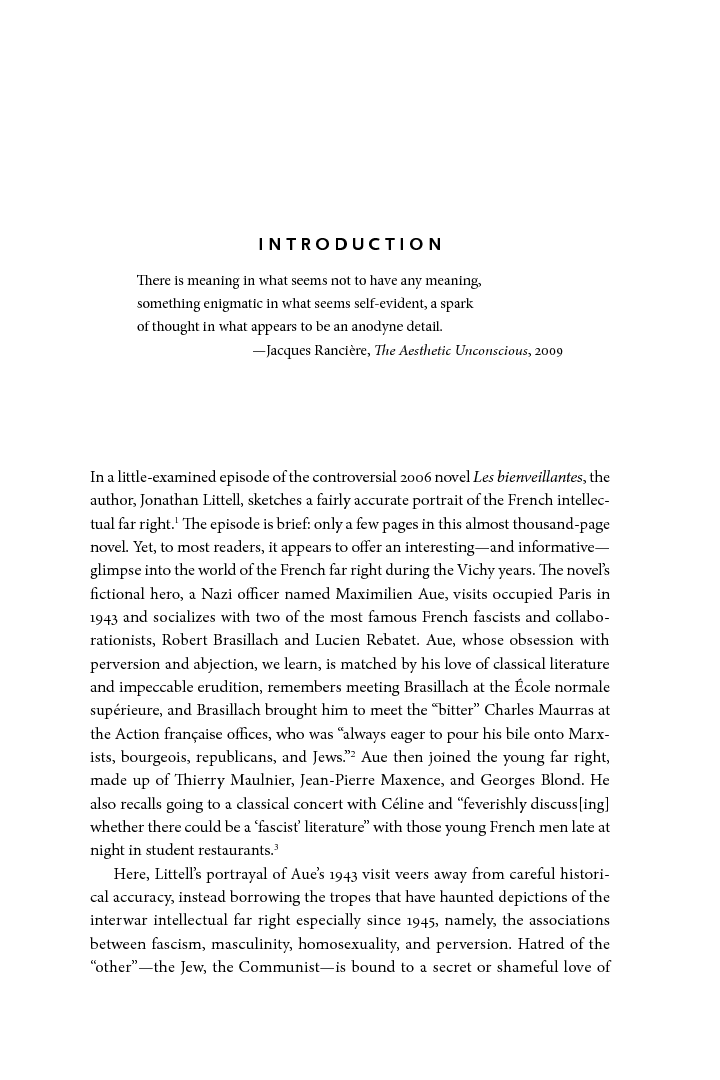