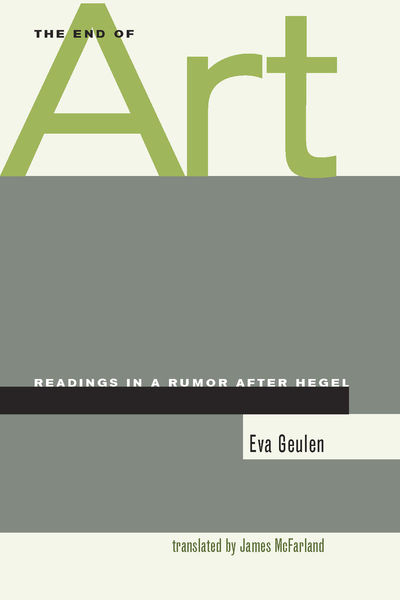 The End of Art
Readings in a Rumor after Hegel
Eva Geulen, Translated by James McFarland

Since Hegel, the idea of an end of art has become a staple of aesthetic theory. This book analyzes its role and its rhetoric in Hegel, Nietzsche, Benjamin, Adorno, and Heidegger in order to account for the topic's enduring persistence. In addition to providing a general overview of the main thinkers of post-Idealist German aesthetics, the book explores the relationship between tradition and modernity. For despite the differences that distinguish one philosopher's end of art from another's, all authors treated here turn the end of art into an occasion to thematize and to reflect on the very thing that modernism cannot or should not be: tradition. As a discourse, the end of art is one of our modern traditions.

After having taught German for many years in the United States, most recently at New York University, Eva Geulen now teaches German at the University of Bonn, Germany. She is the author of German-language books on Adalbert Stifter (2002) and Giorgio Agamben (2005). 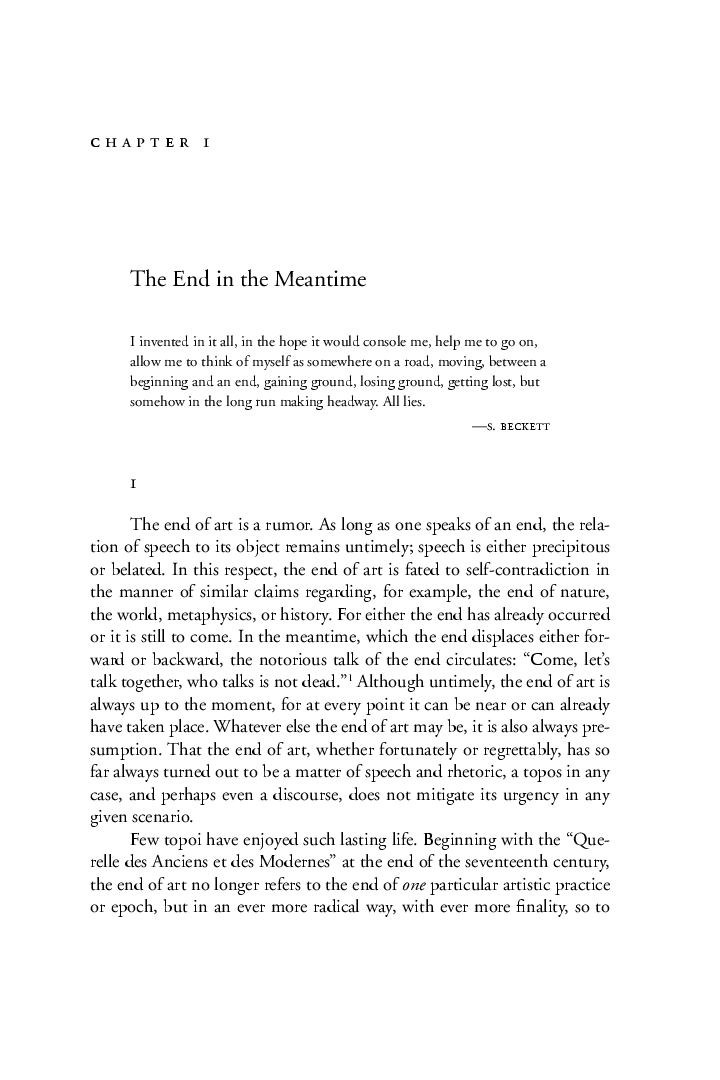 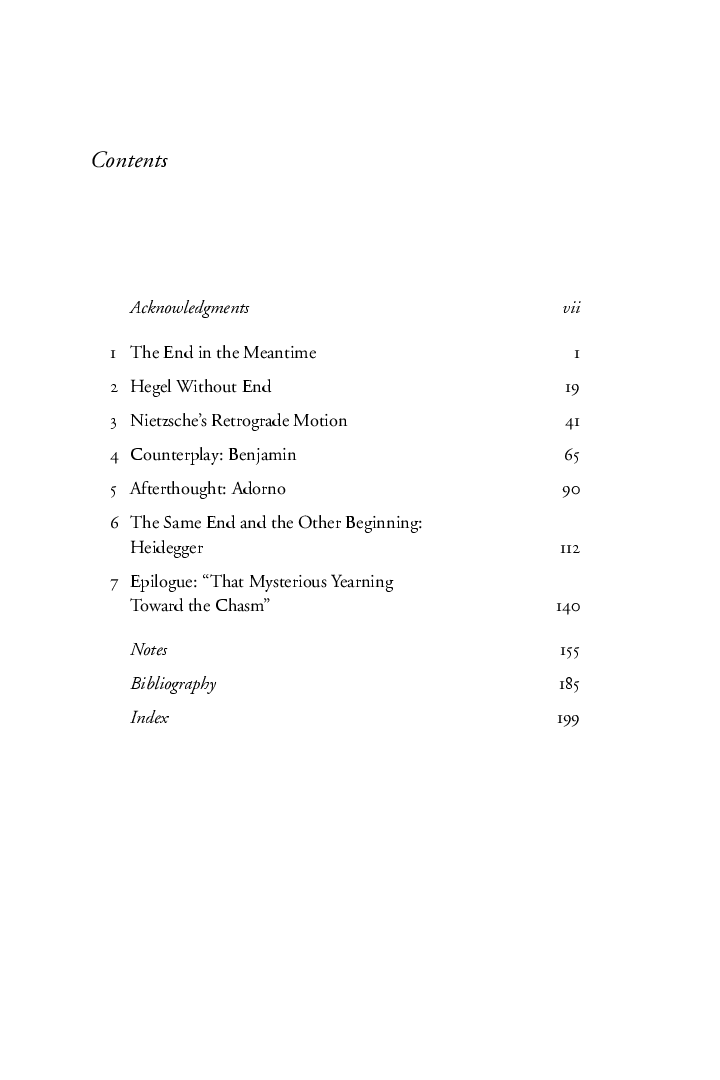