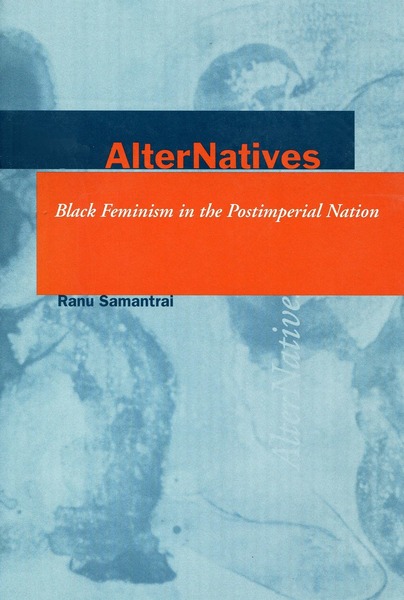 Are the conflicts that accompany the growth of postcolonial ethnic, cultural, and religious diasporas undermining the political culture of first-world nations? AlterNatives explains why the hope of a harmonious, fully consensual society is misguided. Ranu Samantrai argues that the proliferation of sources of dissent can hold liberal democratic nations accountable for their political promises. Eschewing the settlements between majority and minority groups proposed by liberal and communitarian theorists, she proposes a radicalization of democracy grounded in poststructuralist analysis of contingent individual and collective subjects.

The black British women's movement of the 1980s (comprising women of African Caribbean and South Asian origin) is the occasion for this historical investigation of a national field of similitudes and differences. Through parliamentary papers and political history Samantrai charts the changing definition of Britain in the post-W.W.II period and tracks a new nationalization of disparate peoples into a narrowly territorial, homogeneous community of kin. In an innovative reading of nationality and immigration law she uncovers the gender anxieties that justified the legal racialization of British national identity.

Black British feminism was born in response to the privileging of race as the marker of collective identity and the containment of gender as an internal and relatively insignificant communal matter. In that context the multiracial constituency and anti-communal politics of the movement exposed the instability of majority and minority communities and undermined the ambitions of would-be representatives. Samantrai examines newsletters, political pamphlets, memoirs, conference proceedings, scholarly essays, fiction, and poetry to demonstrate how the movement turned the identity discourse of British racial politics against its intended purposes. Dissensions within its own ranks prompted members to pursue political strategies that value heterogeneity and conflict as motivators of change. AlterNatives tests the efficacy of their strategies in case studies of seemingly intractable disagreements between cultural traditionalists, anti-racists, and feminists regarding the continuity of troubling but culturally significant gender practices.

“A major work of cultural analysis, this book analyzes the black women’s movement in Britain. It also engages such major questions as the oftentimes competitive relationship between race and gender and how to resist unjust social relations without imposing an equally oppressive hierarchical system.”—Indira Karamcheti, Wesleyan University