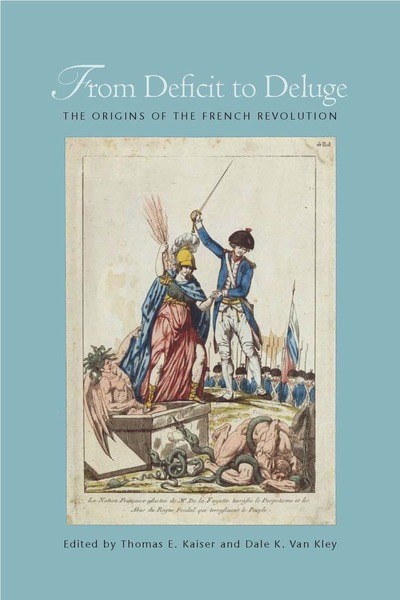 From Deficit to Deluge
The Origins of the French Revolution
Edited by Thomas E. Kaiser and Dale K. Van Kley

From Deficit to Deluge takes stock of shifts in scholarly investigation of the origins of French Revolution. During the last decade, scholars have moved beyond "revisionist" historians of the 1970s, who highlighted the monarchy's degeneration into despotism, to explore related conflicts in the realms of finance, social relations, religion, diplomacy, the Enlightenment, and colonial policy. In this book, seven established authorities explore some of these critical intersections, and together they make clear the role that unresolved tensions in these realms played in the essentially political narrative told by post-Marxian revisionist historiography.

While each chapter of From Deficit to Deluge focuses upon one site of contention—fiscal, social, religious, diplomatic, ideological, and colonial—they all help to explain how long-standing structural problems of the Old Regime caused a fairly "normal" fiscal crisis to metastasize into a revolution. As the editors show in their introduction and conclusion, the growing democratization of politics sparked by the monarchy's clumsy efforts to solve the fiscal crisis put these wide-ranging problems at the epicenter of political debate, thereby sapping the foundations of royal authority and the social hierarchy.

Thomas E. Kaiser is Professor of History at the University of Arkansas at Little Rock.

"This book undoubtedly makes an inspiring contribution to the debate on the origins of 1789. Its nuanced approach to how the changing institutional, fiscal, political, social, and economic landscape of eighteenth-century France simultaneously influenced and was influenced by specific contingencies and historical players will make it an important first port of call for students, and veteran scholars, of the French Revolution."

"The contributors to From Deficit to Deluge represent a good slice of the leading American historians of eighteenth-century France . . . [Readers] will find a series of illuminating, clearly-written essays that largely summarize and bring together the results of work conducted since the bicentennial . . . [A]nyone who teaches the history of the French Revolution on a college or graduate level will find the essays particularly helpful for students."

"From Deficit to Deluge provides a superb overview of the key issues at stake in and before 1789. Most of the essays are clearly written and should be accessible to advanced undergraduates."

"This excellent collection is representative of the many analytical pathways explored in the so-called 'post-revisionist' era of French Revolutionary studies. The contributors bring together a nice mix of perspectives and subjects and show impressive mastery over the relevant scholarship. The editors impose an unusual degree of unity on the volume with their thoughtful disquisition on origins and their state of the art historiographical framing." 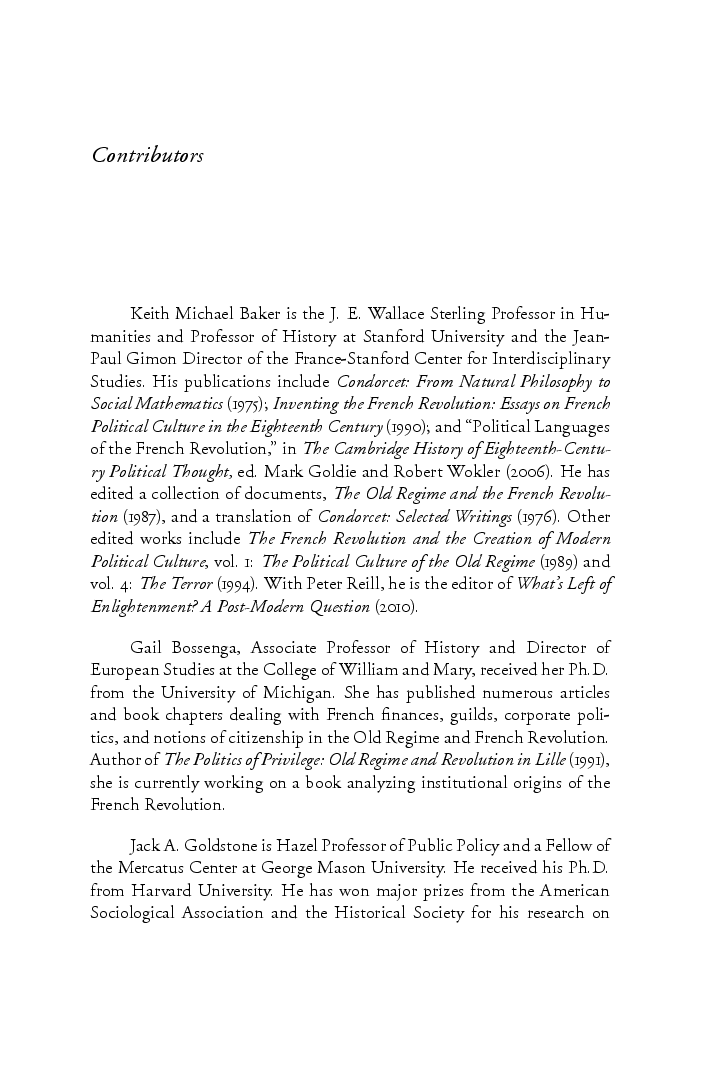 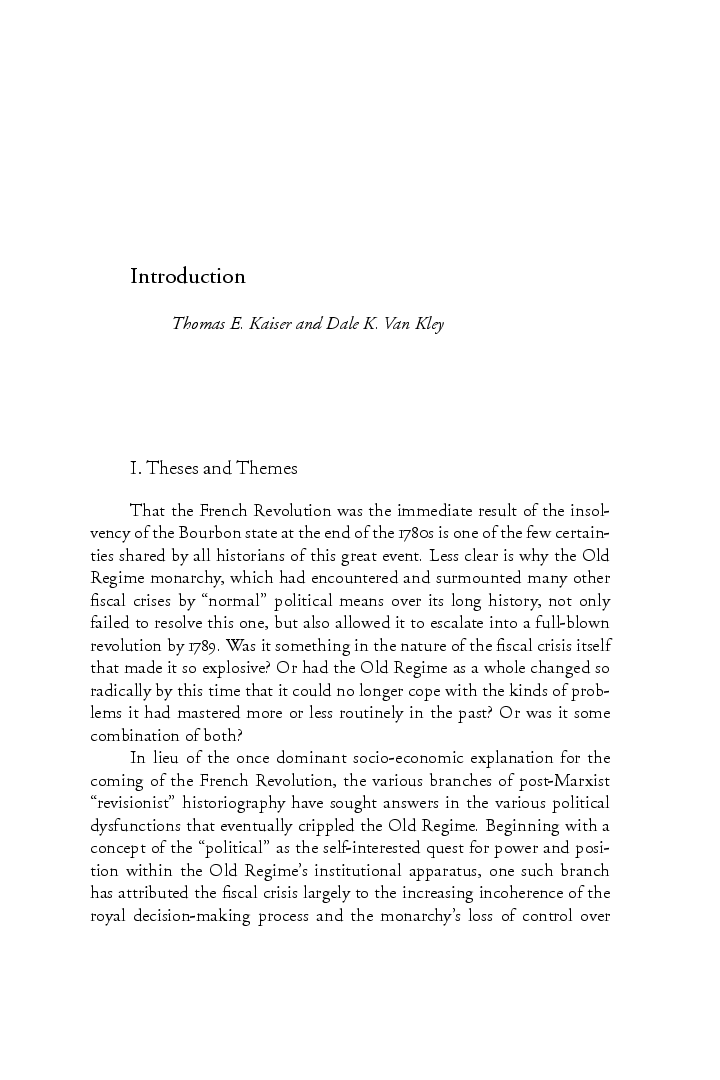 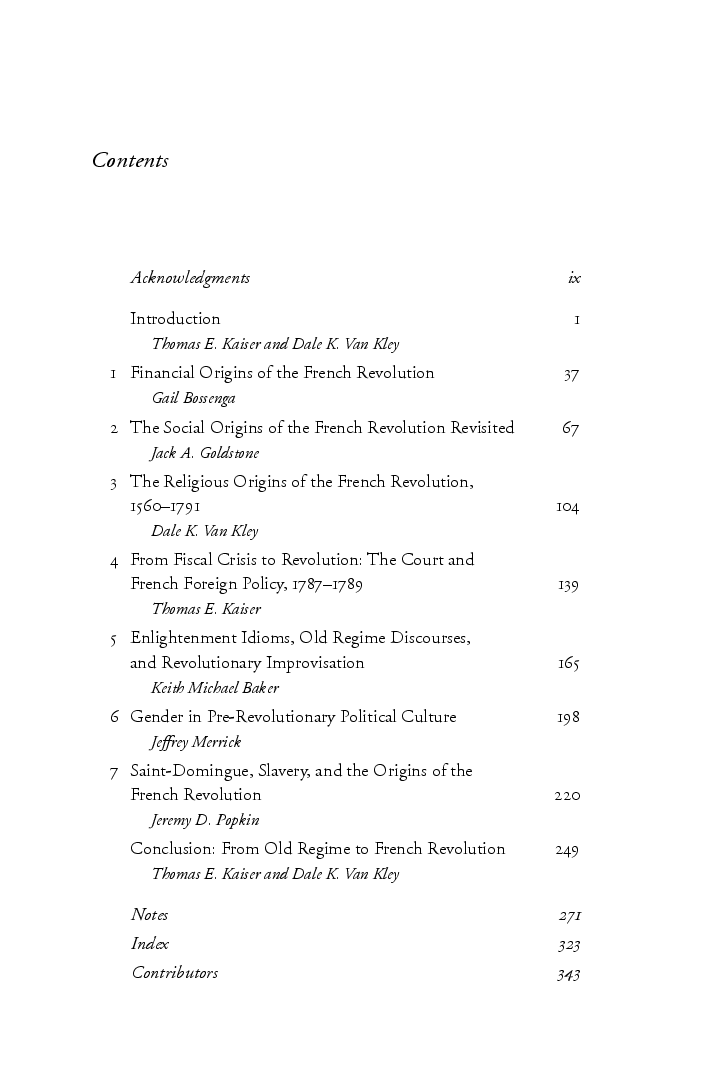