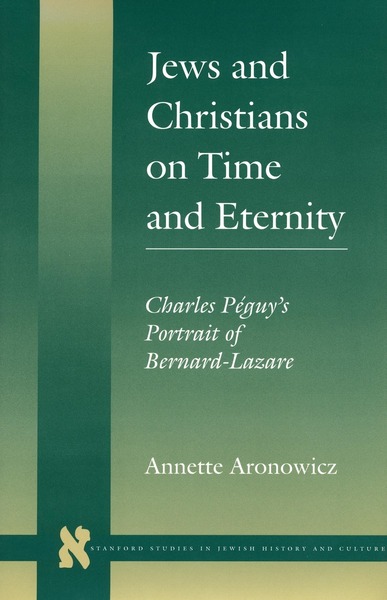 This book grapples with a wide range of contemporary ethical and religious issues through the lens of the reflections of Charles Péguy on his friend and mentor Bernard-Lazare. Both Péguy, a leading French Catholic poet and philosopher, and Bernard-Lazare, an iconoclastic Jewish intellectual, were passionately involved in the Dreyfus Affair, which forms the background of these reflections.

The book is in four parts. The first sets Péguy’s portrait of Bernard-Lazare in a series of contexts, analyzing it against the background of the rampant antisemitism of its time, situating it in relation to present-day discussions about the “Other,” and, especially, placing it within various twentieth-century attempts to rethink religion. Péguy’s great contribution in this area lies in redirecting our attention to the ways human beings respond to defeat, and to the ways the intellect is oriented by something outside itself, as keys to the discovery of the transcendent. His work reformulates the meaning of hope and incarnation.

The second part of the book presents Péguy’s portrait of Bernard-Lazare in a complete English translation. In the third part, the author shows the affinity of Péguy’s thought to that of two Jewish thinkers, Franz Rosenzweig and Emmanuel Levinas. All three, in rethinking the religious dimension, located it amidst the daily interactions between people. The final part explores the implications of this notion of transcendence for the task of interpretation in the social sciences and the humanities.

Annette Aronowicz is Associate Professor of Religious Studies at Franklin and Marshall College. She is the author of Freedom from Ideology: Secrecy in Modern Expression and the translator of Nine Talmudic Readings by Emmanuel Levinas.

“We must be grateful to Annette Aronowicz not only for translating and thus bringing to our attention these beautiful and profound pages by Charles Péguy on Bernard-Lazare’s unsung moral and religious heroism in the Dreyfus Affair, but also for highlighting the genuinely timeless importance of his works, which is to say, their continued relevance to the questions of ethics and justice in our day. One concludes not simply better informed about certain persons and topics—such as Charles Péguy, Bernard-Lazare, Franz Rosenzweig, Emmanuel Levinas, Incarnation, Hope, Time, and Eternity—but moved, deepened, and bettered.”—Richard A. Cohen,University of North Carolina at Charlotte