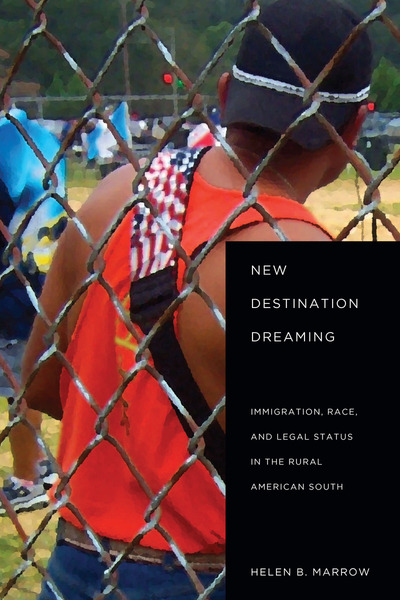 New York, Chicago, and Los Angeles have long been shaped by immigration. These gateway cities have traditionally been assumed to be the major flashpoints in American debates over immigration policy—but the reality on the ground is proving different. Since the 1980s, new immigrants have increasingly settled in rural and suburban areas, particularly within the South. Couple this demographic change with an increase in unauthorized immigrants, and the rural South, once perhaps the most culturally and racially "settled" part of the country, now offers a window into the changing dynamics of immigration and, more generally, the changing face of America.

New Destination Dreaming explores how the rural context impacts the immigrant experience, how rapid Hispanic immigration influences southern race relations, and how institutions like schools and law enforcement agencies deal with unauthorized residents. Though the South is assumed to be an economically depressed region, low-wage food processing jobs are offering Hispanic newcomers the opportunity to carve out a living and join the rural working class, though this is not without its problems. Inattention from politicians to this growing population and rising black-brown tensions are both factors in contemporary rural southern life.

Ultimately, Marrow presents a cautiously optimistic view of Hispanic newcomers' opportunities for upward mobility in the rural South, while underscoring the threat of anti-immigrant sentiment and restrictive policymaking that has gripped the region in recent years. Lack of citizenship and legal status still threatens many Hispanic newcomers' opportunities. This book uncovers what more we can do to ensure that America's newest residents become productive and integrated members of rural southern society rather than a newly excluded underclass.

Helen B. Marrow is Assistant Professor of Sociology at Tufts University. She is a coeditor of The New Americans: A Guide to Immigration since 1965 (2007).

"Immigration has come to small town America, and in New Destination Dreaming Helen Marrow offers a penetrating look at how Latino immigrants are faring in two rural southern counties. Drawing on rich observations and detailed interviews, she chronicles the efforts of hard-working migrants of humble origins and tenuous legal status to survive and even prosper in a foreign land while negotiating the complex and often conflicting currents of race, class, and citizenship. The book focuses a clarifying lens on the challenges of assimilation in places that have little experience of diversity beyond the black-white color line and no real history of immigration. It shines new light on old issues and will be of interest to all serious students of immigration."

"New Destination Dreaming is an important study. Marrow's brilliant analysis of the incorporation of Hispanic immigrants into the rural and small-town South is replete with original insights. Guided by a sophisticated theoretical framework, Marrow uses an imaginative research design (based on ethnographic field work, semi-structured interviews, and participant observation) to ask questions that have not been raised before. In the process she collects rich comparative data that are rigorously and creatively examined. This book is a must-read, especially for students of immigration, and race and ethnic relations."

"With New Destination Dreaming, Helen B. Marrow has established herself as one of the most insightful and original scholars on the dispersion of the immigrant Latino population. By taking economic context, class configurations, and race relations seriously, Marrow shows how newcomers encounter both promise and peril in the Deep South." 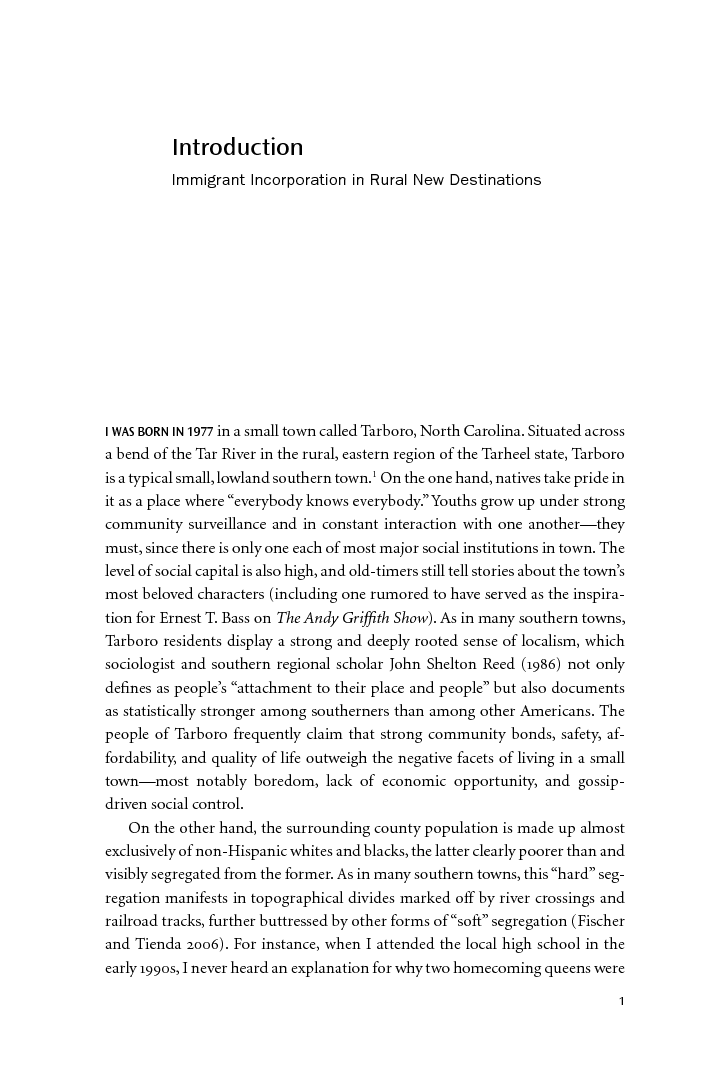 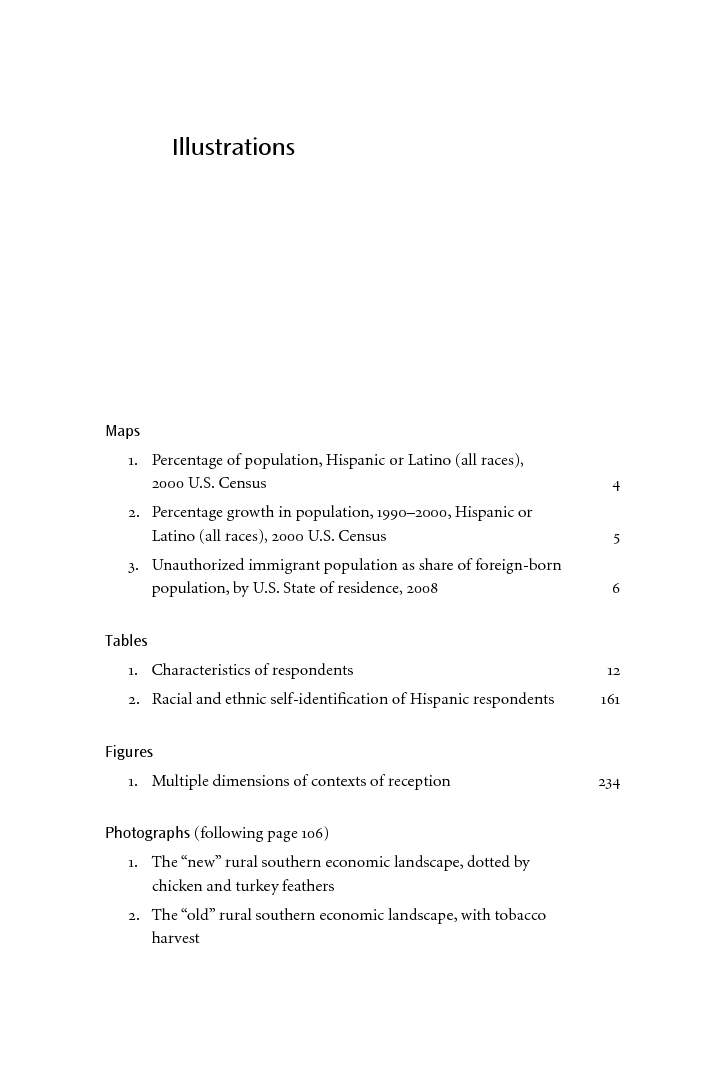 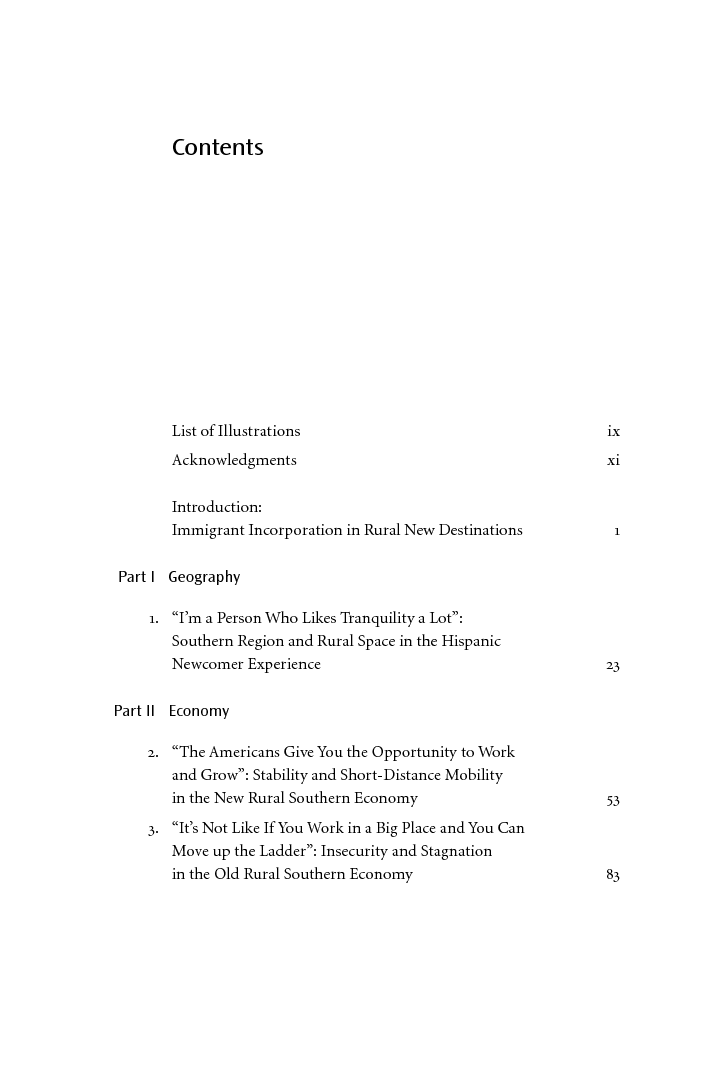