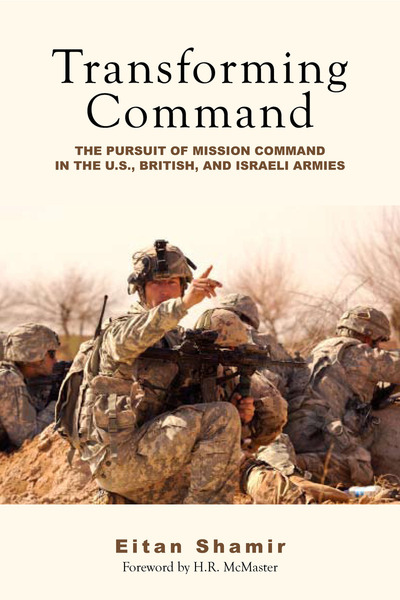 Transforming Command
The Pursuit of Mission Command in the U.S., British, and Israeli Armies
Eitan Shamir

On today's complex, fragmented, fast-moving battlefield, where combatants adapt constantly to exploit one-another's weaknesses, there is a demonstrable requirement for military commanders to devolve a high level of autonomy of decision-making and action to leaders on the ground. An effective model for doing this has existed for some time in the form of mission command and has been utilized by the U.S., Israeli, and British Armies—but with mixed success.

This book examines in depth the experiences of the armed forces of each of these countries in implementing mission command, and reveals the key factors that have determined the success or failure of the implementation—factors such as the Revolution in Military Affairs (RMA), the spread of low-intensity conflicts and operations other than war, and differences in how military cultures interpret, articulate, and exercise the command function. It has significant implications for both the development of military doctrine and the training and education of tomorrow's military leaders.

Eitan Shamir is a Research Fellow at the Dado Center for Interdisciplinary Military Studies, Israeli Defense Forces, and teaches in the Security Studies program at Tel Aviv University. His military experience includes service in the IDF's paratroops brigade and as a reserve officer in the IDF's Organizational Psychology Unit.

"Transforming Command is a worthy addition to the military professional's library, especially with mission command being the subject of much attention in the Army . . . In the complex environment that U.S. soldiers face today and in the future, a more decentralized organization with empowered leadership at all levels will be necessary. Reading Transforming Command is a good place to begin making this a reality."

"Eitan Shamir has created an important book that skillfully dismantles popular mythology in favor of cold, hard facts about the resistance in the West's military establishments to badly needed change in the way they develop and cultivate leadership. This authoritative study should be required reading for all NATO officers."

"This book clearly illustrates the important role that Mission Command plays in effective military operations. [The] comparison of the United States, British, and Israeli Armies in adopting Mission Command and [the] observations on their cultural differences were compelling." 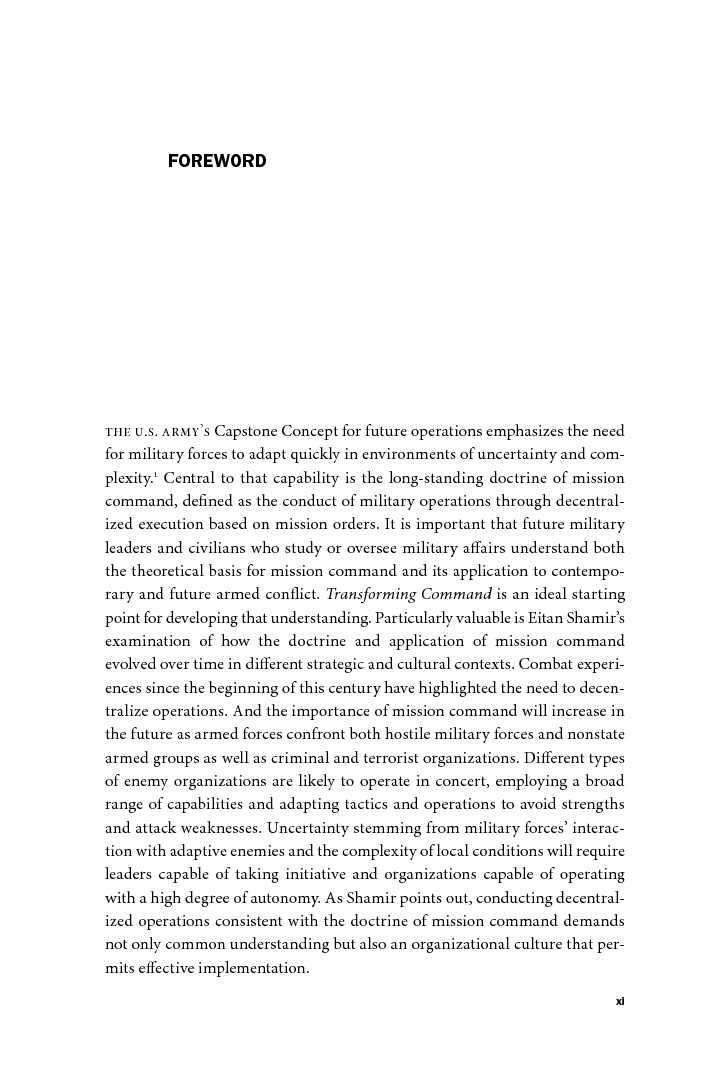 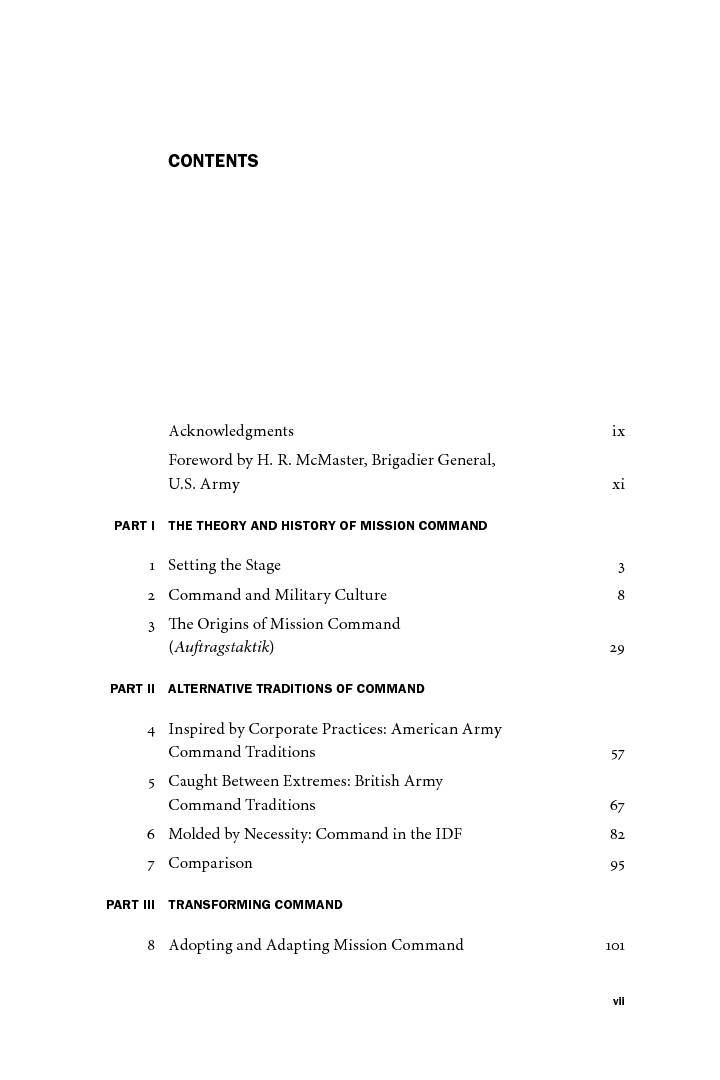