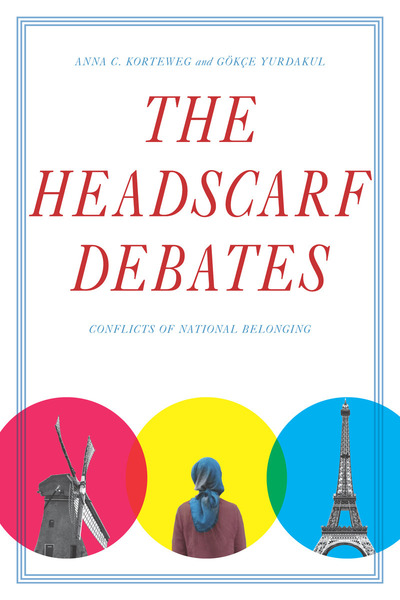 The headscarf is an increasingly contentious symbol in countries across the world. Those who don the headscarf in Germany are referred to as "integration-refusers." In Turkey, support by and for headscarf-wearing women allowed a religious party to gain political power in a strictly secular state. A niqab-wearing Muslim woman was denied French citizenship for not conforming to national values. And in the Netherlands, Muslim women responded to the hatred of popular ultra-right politicians with public appeals that mixed headscarves with in-your-face humor. In a surprising way, the headscarf—a garment that conceals—has also come to reveal the changing nature of what it means to belong to a particular nation.

All countries promote national narratives that turn historical diversities into imagined commonalities, appealing to shared language, religion, history, or political practice. The Headscarf Debates explores how the headscarf has become a symbol used to reaffirm or transform these stories of belonging. Anna Korteweg and Gökçe Yurdakul focus on France, Germany, and the Netherlands—countries with significant Muslim-immigrant populations—and Turkey, a secular Muslim state with a persistent legacy of cultural ambivalence. The authors discuss recent cultural and political events and the debates they engender, enlivening the issues with interviews with social activists, and recreating the fervor which erupts near the core of each national identity when threats are perceived and changes are proposed.

The Headscarf Debates pays unique attention to how Muslim women speak for themselves, how their actions and statements reverberate throughout national debates. Ultimately, The Headscarf Debates brilliantly illuminates how belonging and nationhood is imagined and reimagined in an increasingly global world.

Anna Korteweg is Associate Professor of Sociology at the University of Toronto and coeditor of Debating Sharia: Islam, Gender Politics, and Family Law Arbitration.

Gökçe Yurdakul is Professor of Sociology at Humboldt University of Berlin and author of From Guest Workers into Muslims: Turkish Immigrant Associations in Germany.

"Korteweg and Yurdakul's The Headscarf Debates is a truly exciting and valuable addition to the scholarly production on Muslim women's veiling in Turkey and contemporary Europe (specifically France, the Netherlands, and Germany) . . . [T]his is a very fine contribution to the headscarf debate in Europe, adding much to the current scholarship at the level of approach, methodology, and coverage."

"The authors provide a well-structured, in-depth comparative analysis based on detailed case study material, painstakingly well informed by a vast array of data, which makes a compelling read . . . [E]ssential reading for anyone interested in the controversies around Islam and national identity and is a very valuable research resource."

"The Headscarf Debates: Conflicts of National Belonging, by Anna C. Korteweg and Gökçe Yurdakul, is a detailed and thoughtful work of comparative cultural sociology."

"The Headscarf Debates: Conflicts of National Belonging is an excellent comparative addition to the literature on Muslim immigrants and their children's inclusion and exclusion in debates about national identity in Europe. Korteweg and Yurdakul's strength lies in analyzing the specific history and socio-politics of each country—France, Turkey, the Netherlands, and Germany—in framing the headscarf . . . Overall, the book is an impressive and highly useful work for understanding how four nations have reached their current, contested rules about Muslim women's dress and what this says about their uneasy and unfinished attempts to re-imagine the national self."

"Anna Korteweg and Gökçe Yurdakul turn the debates over Islamic headscarves to new use. At a time when the presence of new visible minorities forces citizens to articulate what unites 'us,' their analysis provides new understandings of the issues at stake."

"Anna Korteweg and Gökçe Yurdakul transcend the usual discourse on Muslim women's headscarves and develop instead a debate best understood from the situated gazes of various participants—a debate in which Muslim women or women of Muslim origins need to be seen as equal participant subjects and not just objects of the discussions."

"The Headscarf Debates: Conflicts of National Belonging, by Anna C. Korteweg and Gökçe Yurdakul, is a detailed and thoughtful work of comparative cultural sociology. It focuses on four debates in Europe about the wearing of headscarves (in all four cases, actually niqabs, misrepresented as burkas, as the book nicely explains). Using extensive analysis of media and legal discourse, it shows similarities but, more interestingly, differences among the debates in France, Turkey, the Netherlands, and Germany. These differences highlight persistent cultural differences in the relationship between state, citizens, and religion: differences the book describes as 'conflicts of national belonging.'" 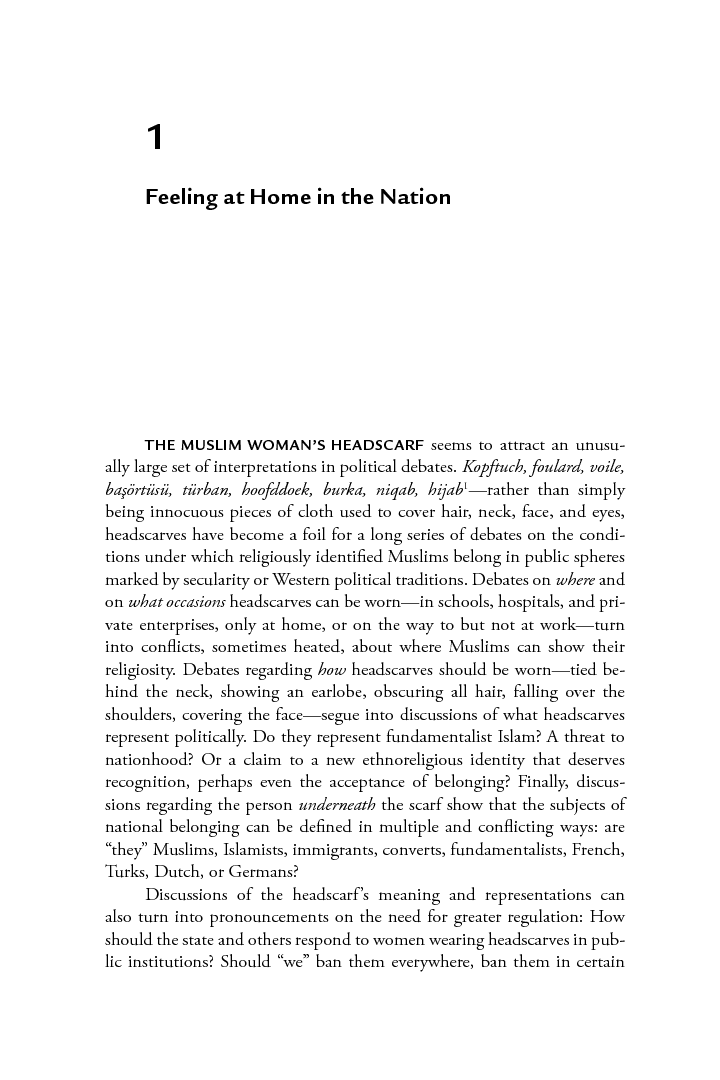 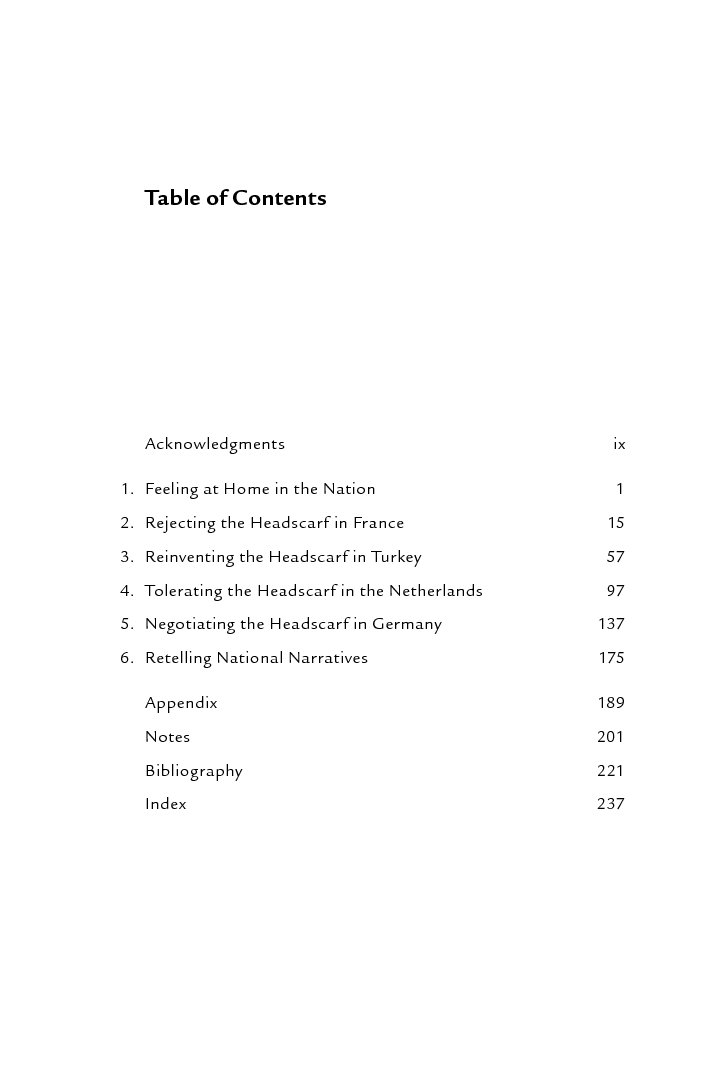