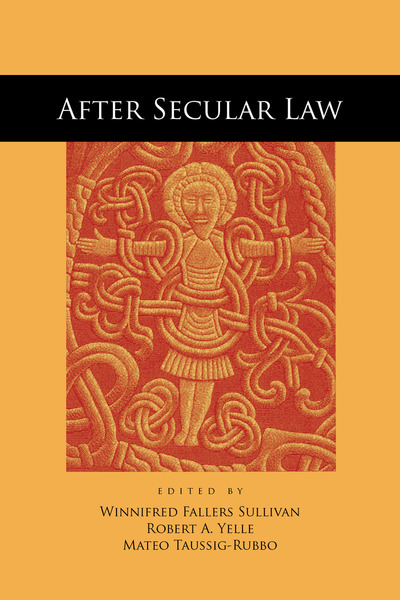 After Secular Law
Edited by Winnifred Fallers Sullivan, Robert A. Yelle, and Mateo Taussig-Rubbo
SERIES: The Cultural Lives of Law

Many today place great hope in law as a vehicle for the transformation of society and accept that law is autonomous, universal, and above all, secular. Yet recent scholarship has called into question the simplistic narrative of a separation between law and religion and blurred the boundaries between these two categories, enabling new accounts of their relation that do not necessarily either collapse them together or return law to a religious foundation.

This work gives special attention to the secularism of law, exploring how law became secular, the phenomenology of the legal secular, and the challenges that lingering religious formations and other aspects of globalization pose for modern law's self-understanding. Bringing together scholars with a variety of perspectives and orientations, it provides a deeper understanding of the interconnections between law and religion and the unexpected histories and anthropologies of legal secularism in a globalizing modernity.

Winnifred Fallers Sullivan is Professor of Law and Director of the Law, Religion, and Culture Program at SUNY, Buffalo.

Robert A. Yelle is Assistant Professor of History at the University of Memphis.

Mateo Taussig-Rubbo is Associate Professor of Law at SUNY, Buffalo.

"In light of globalization and of the ethnographic and comparative turns that have characterized many path-breaking legal and religious studies in recent years, the book's ethnographies, arguably, outshine the history."

—M. Christian Green, Journal of the American Academy of Religion

"After Secular Law is an exciting contribution to current debates on religion, law, and the secular. It unravels assumptions about secularism and the state beautifully, and includes innovative works from an impressive array of contributors. A coherent and insightful collection!"

"You will never again look at 'secular' law in the same way after reading this book. The topic of rethinking law and religion after the critique of secularity is important and timely, and this book reframes the entire debate through an ambitious, eclectic, and often brilliant series of interventions. It will be a benchmark in the many fields to which it contributes and is a major contribution to the study of law, religion and politics."

"This volume stages an extremely productive interdisciplinary conversation which questions the boundaries between law and religion that are often presumed by theorists of modernity. Arguing that law is not necessarily secular and that religion is often bound by law, the authors provide us with new stories about the complexities and interconnections of these supposedly separate realms. This book is a major contribution to the revision of our understanding of religion, law, secularism and modernity." 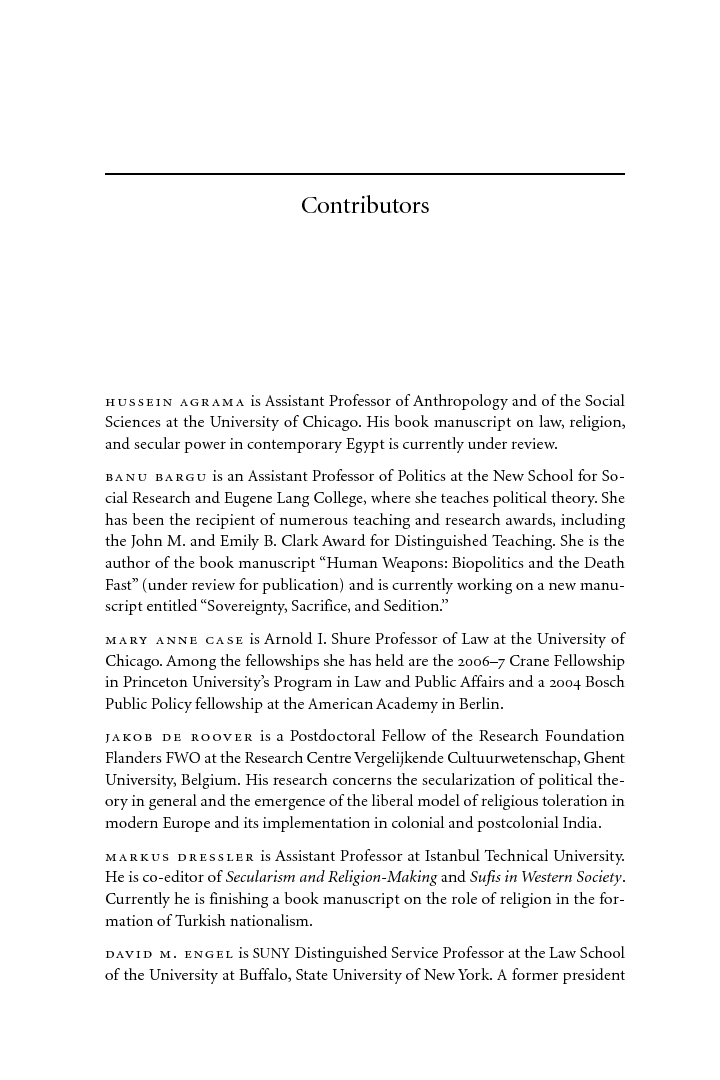 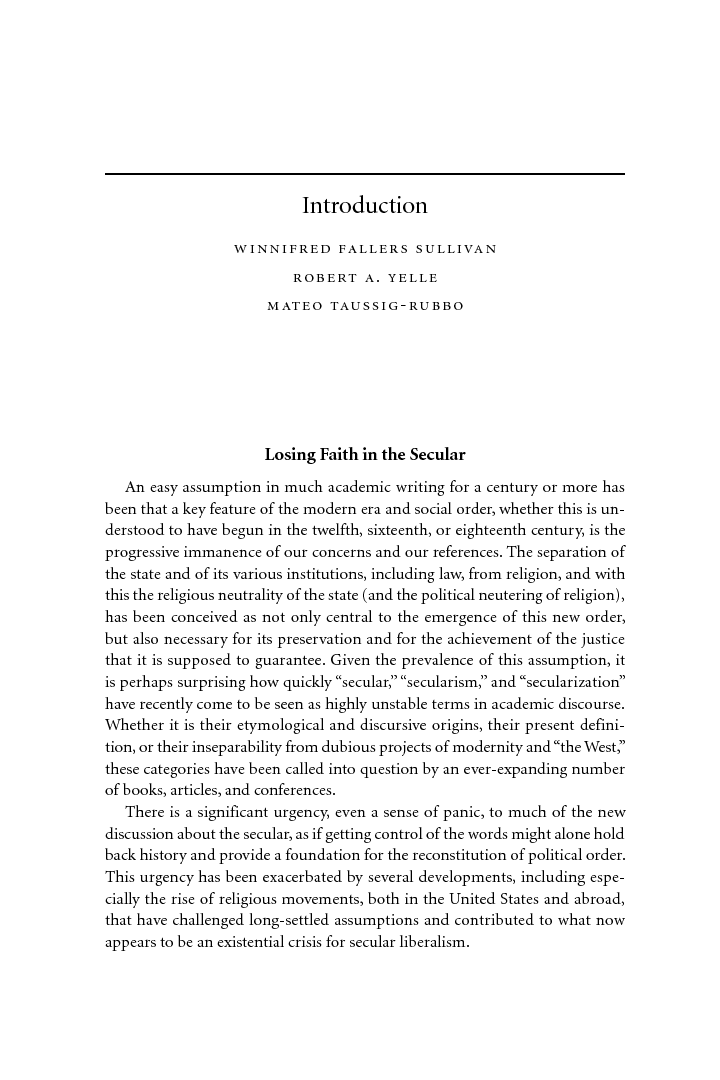 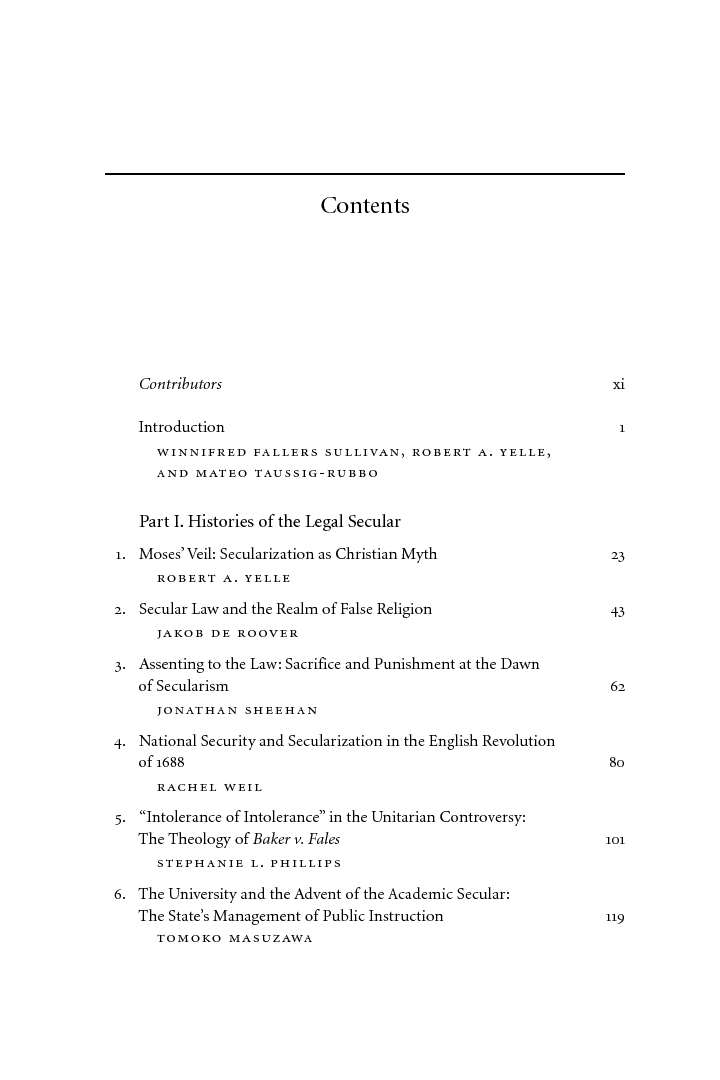