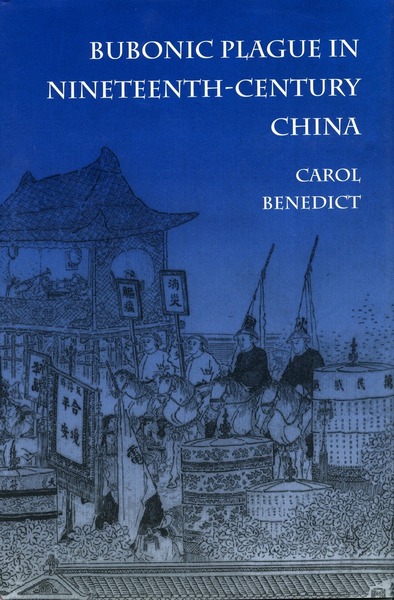 This book, the first work in English on the history of disease in China, traces an epidemic of bubonic plague that began in Yunnan province in the late eighteenth century, spread throughout much of southern China in the nineteenth century, and eventually exploded on the world scene as a global pandemic at the end of the century.

The author finds the origins of the pandemic in Qing economic expansion, which brought new populations into contact with plague-bearing animals along China’s southwestern frontier. She shows how the geographic diffusion of the disease closely followed the growth of interregional trading networks, particularly the domestic trade in opium, during the nineteenth century. A discussion of foreign interventions during plague outbreaks along China’s southern coast links the history of plague to the political impact of imperialism on China, and to the ways in which European cultural representations of the Chinese influenced the theory and practice of colonial medicine.

Carol Benedict is Assistant Professor of History at Georgetown University.

"This is an outstanding work on one of the major diseases of world history. It is particularly important because most of what we know of the historic impact of diseases on society is based on the European experience. Presenting new and little-known material on the history of bubonic plague in China, Carol Benedict offers an original analysis of how economic growth and development in late Qing China produced ecological changes that promoted the spread of plague. The book will greatly broaden our understanding of the social history of disease, and it provides an excellent model of how to do this kind of research."

"Should interest a broad audience-- those interested in the history of medicine, modern world history, and late imperial and modern Chinese history. . . . But Benedict does not restrict her analysis to China. By applying a regional systems model . . . she contributes to the comparative history of disease."