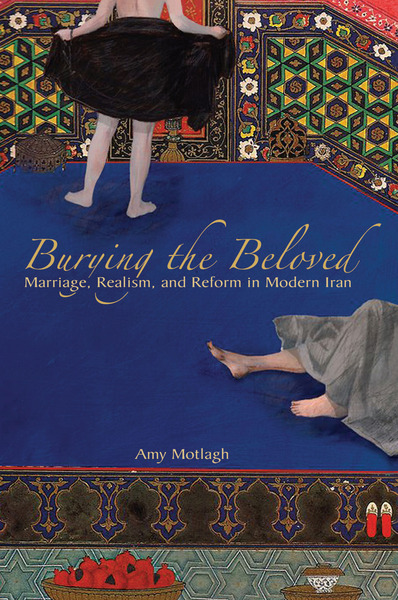 Shortlisted in the 2013 Book Award, sponsored by the Journal of Middle East Women’s Studies.

Burying the Beloved traces the relationship between the law and literature in Iran to reveal the profound ambiguities at the heart of Iranian ideas of modernity regarding women's rights and social status. The book reveals how novels mediate legal reforms and examines how authors have used realism to challenge and re-imagine notions of "the real." It examines seminal works that foreground acute anxieties about female subjectivity in an Iran negotiating its modernity from the Constitutional Revolution of 1905 up to and beyond the Islamic Revolution of 1979.

By focusing on marriage as the central metaphor through which both law and fiction read gender, Motlagh critically engages and highlights the difficulties that arise as gender norms and laws change over time. She examines the recurrent foregrounding of marriage at five critical periods of legal reform, documenting how texts were understood both at first publication and as their importance changed over time.

Amy Motlagh is Assistant Professor and Director of Graduate Studies in the Department of English and Comparative Literature at The American University in Cairo.

"One of the most innovative aspects of Motlagh's study is the way she intersperses her chapters on literary texts with brilliant insights concerning the intimate—and largely unexamined—relation between dominant canons of literary representation and civil codes . . . The dialectic between legal norms and literary form unfolds throughout Motlagh's book with occasional flashes of brilliance, and is consistently stimulating and new. Another of Motlagh's strengths is the author's fluency in multiple theoretical traditions and her ability to cross national boundaries, all too rare in scholarship oriented to single national traditions . . . Motlagh shines as a literary critic conversant with the most exciting developments in social scientific inquiry. Her capacity to speak at once to two distinct areas of inquiry enriches her social and historical contextualization of the Iranian novel . . . The discipline of comparative literature needs more work like this."

"One of this study's many contributions is that it deftly introduces literary texts and literary culture into this discussion by examining the way they represent marriage . . . Out of Motlagh's impressively configured research come some very interesting questions for scholars interested in transnational feminism."

"Motlagh's work is compelling and convincing because she avoids simple causal relationships between politics and literature, but instead traces a complex relationship between legal political discourse and literary innovation. Not only is she careful to avoid any causal argument here; she skillfully shows that as discursive formations, law and literature share common underlying motivations, similar parameters, and overlapping concerns . . . Along with describing the gradual normalization of marriage, Burying the Beloved tells another compelling story: a tale about modern and contemporary Iranian narrative style and form . . . Motlagh's book helps us to see how compelling recent art has been in Iran."

"Motlagh (English and comparative literature, American Univ., Cairo) asks still larger questions, persuasively drawing out critical connections between the documentary history of Iranian civil law on the one hand and the nation's prose fiction on the other, with particular reference to disposition of marriage in selected legal and literary texts. . . Recommended."

"Motlagh frees Iranian writers from a presumed level of conscious and willful subjectivity which has far too frequently made them synonymous with social philosopher and intellectual and illuminates the fascinating interconnections between legal discourse and modern literary representations of marriage. Masterfully placed within the currents of Persian literary and cultural studies."

"Burying the Beloved brings a timely and distinct voice to current debates on marriage and modernity in Iran. Its new insights and radical perspective offer valuable contributions to the existing literature and will be welcomed by readers interested in gender questions in contemporary Iran." 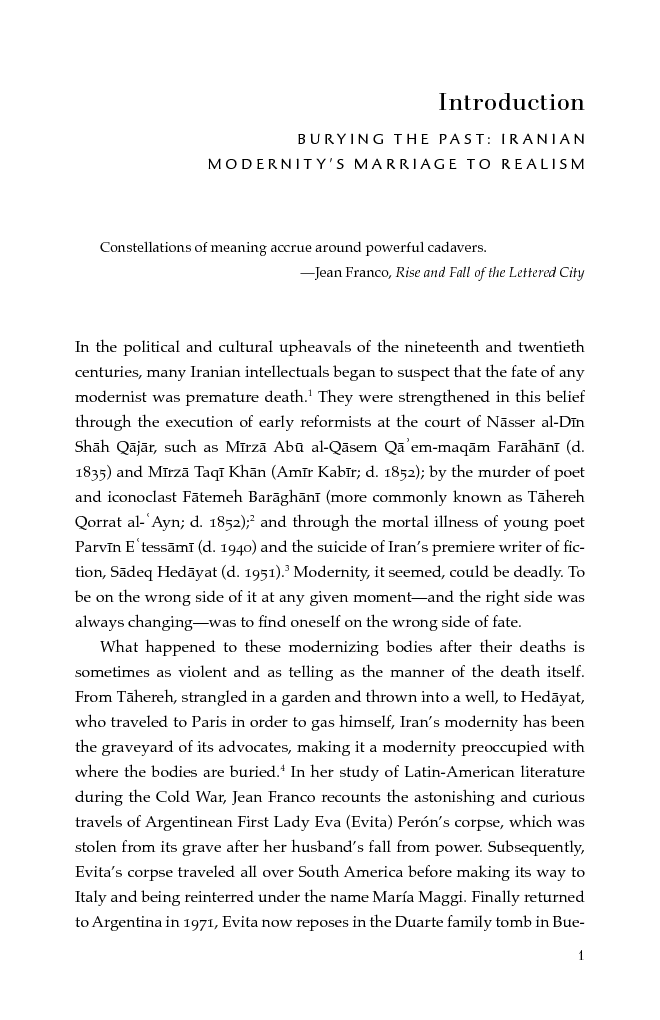 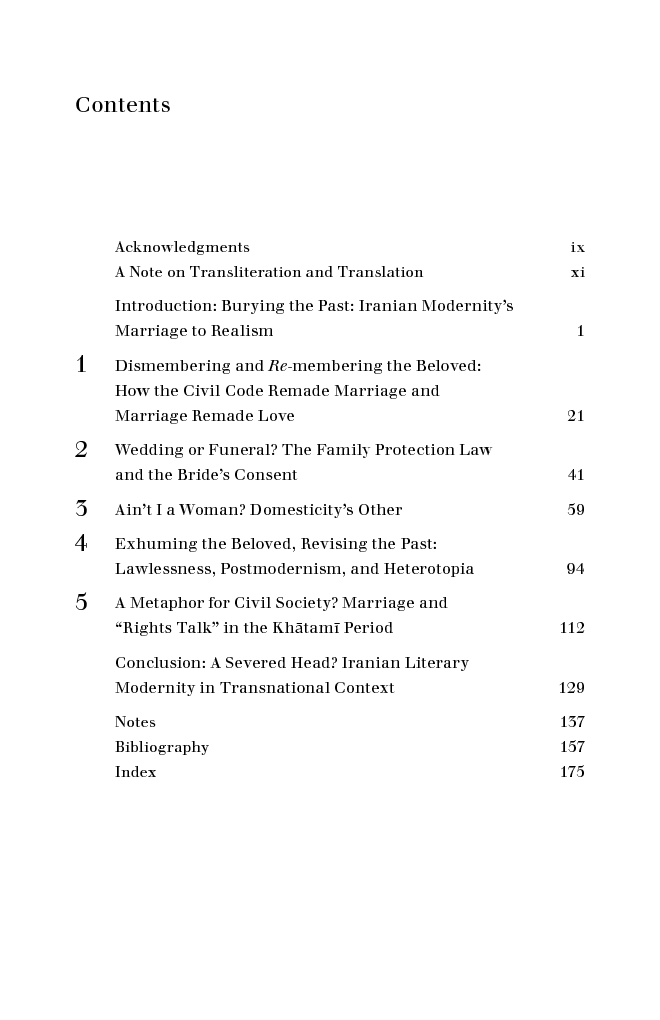