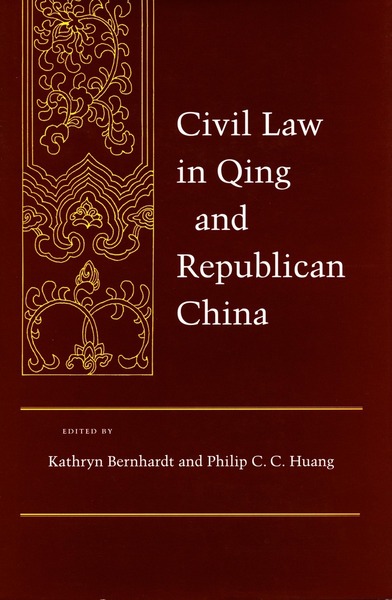 Co-winner of the 1992 John King Fairbank Prize, sponsored by the American Historical Association.

This pioneering volume shows that contrary to previous scholarly understanding, the courts in Qing (1644-1911) and Republican (1911-1949) China dealt extensively with civil matters such as land rights, debt, marriage, and inheritance; and, moreover, did so in a consistent and predictable way. Drawing on records of hundreds of cases from local archives in several parts of China, it considers such questions as the relation between codified law and legal practice, the role of legal and paralegal personnel, and the continuity in civil law between Qing and Republican China.

"This book strongly suggests the new series 'Law, Society, and Culture in China' will be indispensable for anyone interested in Chinese or comparative law. The focus of this volume is civil law. However, economic and social historians cannot afford to ignore it. . . . It clearly marks the beginning of a new era in the study of Chinese law, society, and culture."