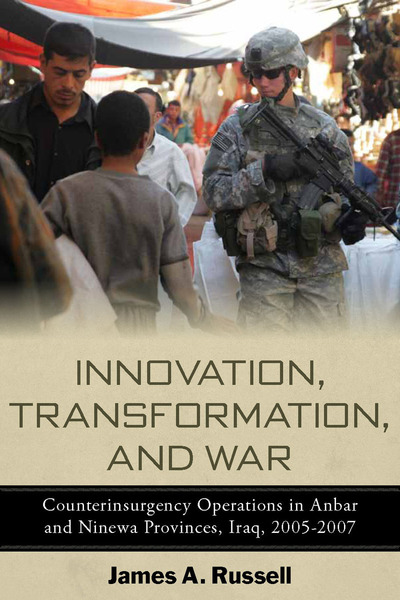 Within a year of President George W. Bush announcing the end of major combat operations in Iraq in May 2003, dozens of attacks by insurgents had claimed hundreds of civilian and military lives. Through 2004 and 2005, accounts from returning veterans presaged an unfolding strategic debacle—potentially made worse by U.S. tactics being focused on extending conventionally oriented military operations rather than on adapting to the insurgency.

By 2007, however, a sea change had taken place, and some U.S. units were integrating counterinsurgency tactics and full-spectrum operations to great effect. In the main, the government and the media cited three factors for having turned the tide on the battlefield: the promulgation of a new joint counterinsurgency doctrine, the "surge" in troop numbers, and the appointment of General David Petraeus as senior military commander.

James Russell, however, contends that local security had already improved greatly in Anbar and Ninewah between 2005 and 2007 thanks to the innovative actions of brigade and company commanders—evidenced most notably in the turning of tribal leaders against Al Qaeda. In Innovation, Transformation, and War, he goes behind the headlines to reveal—through extensive field research and face-to-face interviews with military and civilian personnel of all ranks—how a group of Army and Marine Corps units successfully innovated in an unprecedented way: from the bottom up as well as from the top down. In the process they transformed themselves from organizations structured and trained for conventional military operations into ones with a unique array of capabilities for a full spectrum of combat operations. As well as telling an inspiring story, this book will be an invaluable reference for anyone tasked with driving innovation in any kind of complex organization.

James A. Russell is an Associate Professor in the Department of National Security Affairs at the Naval Postgraduate School, Monterey. He previously spent 13 years in the Office of the Assistant Secretary of Defense for International Security Affairs, working on Persian Gulf-related strategy and security policy.

"[T]his work is an important contribution to understanding how the situation in Iraq was pulled back from the brink of defeat by committed and innovative officers in the field . . . [Russell] has provided a work that will clearly benefit a military readership. This work stands as an important contribution to the literature on military innovation, and an especially valuable addition to the literature on counterinsurgency."

"[Innovation, Transformation and War] is a compelling assessment of current history and recent interpretations of ongoing conflict, written with lucid prose and a mature understanding of irregular warfare. . . . [It] is recommended with great enthusiasm for its conclusions on adaptation and operational flexibility, as well as for its provocative assessment of the prevailing Iraq history. No professional library devoted to modern conflict or the study of how our military needs to prepare for war in the 21st century would be complete without this study. It represents the front edge of a major research thrust, and will surely prove to be a lasting contribution to our growing grasp of the challenges of modern conflict and measurably adds to our understanding of military innovation. It is strongly recommended for senior military leaders in the Joint and Service combat development community and all students of innovation and history."

"James Russell describes in intimate detail an important part of the 1st Brigade Combat Team, 1st Armored Division's successful campaign to retake Ramadi from the insurgents in 2006 and 2007. As revealed in this book, operations in Ramadi were often devised at the lowest echelons and adopted first by battalions and then throughout the brigade combat team. Anyone interested in how some creative Soldiers and junior leaders can change the course of a battle, an operation, and a war, needs to read this book."

"James Russell has written an essential text on how militaries adapt—one of the central issues in the Iraq War and the study of war in general. His groundbreaking field research sets a new standard for scholarship on the Iraq campaign while at the same time adding important new findings to the growing literature on military adaptation—no mean feat by any standard."

"On the grueling battlefields of 'post-war' Iraq, the US Army and Marine Corps underwent a transformation. Through a series of superbly researched and fascinating case studies, James Russell shows how American soldiers and marines developed wholly new capabilities and approaches to counter-insurgency. This important book provides a vital corrective to the existing literature on military innovation which presents it as led from the top. For students, scholars, and practitioners of modern war, this is a 'must read.'" 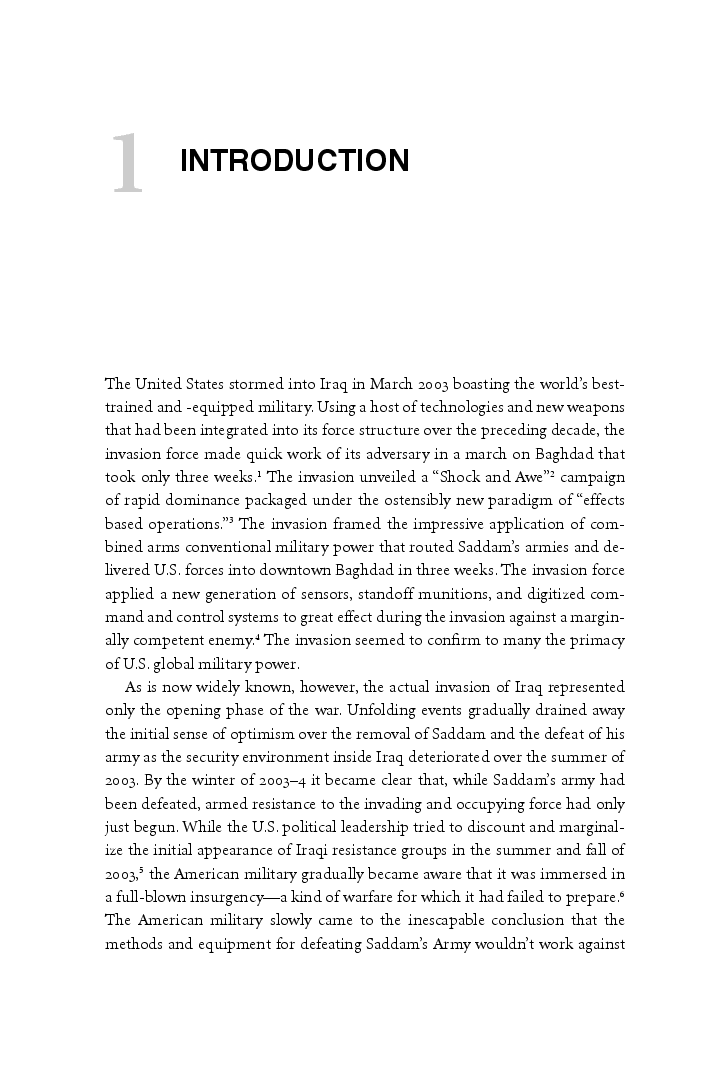 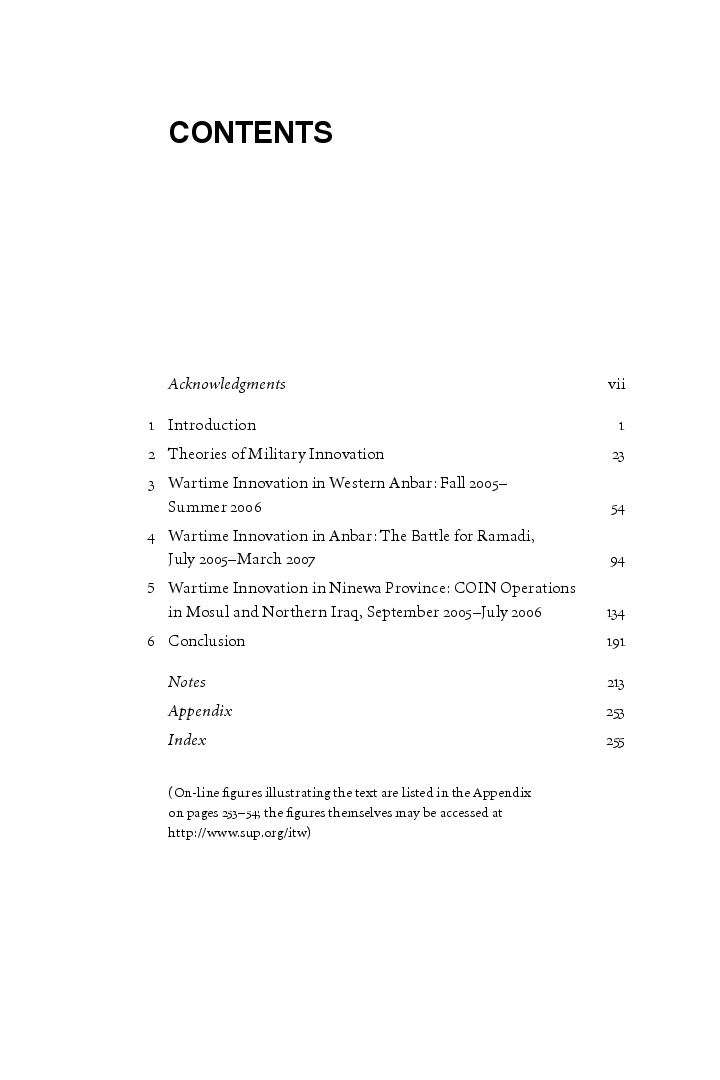