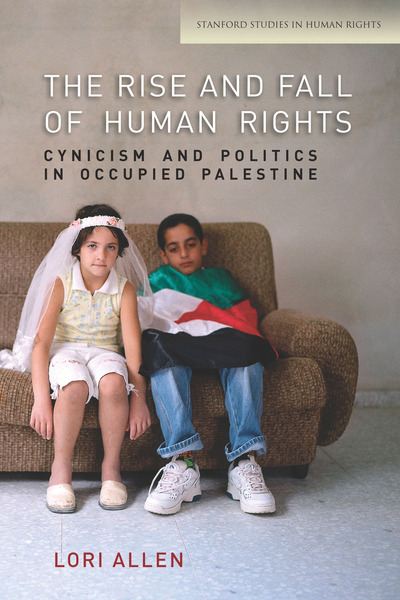 Shortlisted in the 2013 Palestine Book Awards, sponsored by the Middle East Monitor (MEMO).

Winner of the 2014 APLA Book Prize, sponsored by the Association for Political and Legal Anthropology.

The Rise and Fall of Human Rights provides a groundbreaking ethnographic investigation of the Palestinian human rights world—its NGOs, activists, and "victims," as well as their politics, training, and discourse—since 1979. Though human rights activity began as a means of struggle against the Israeli occupation, in failing to end the Israeli occupation, protect basic human rights, or establish an accountable Palestinian government, the human rights industry has become the object of cynicism for many Palestinians. But far from indicating apathy, such cynicism generates a productive critique of domestic politics and Western interventionism. This book illuminates the successes and failures of Palestinians' varied engagements with human rights in their quest for independence.

Lori Allen is a University Lecturer in Contemporary Middle Eastern Politics & Society at the University of Cambridge.

"In this significant book, Lori Allen tackles the rise of professionalized advocacy NGOs in Palestine in a crescendo manner . . . By offering new material on training for Palestinian police forces and by studying without preconceptions the ways in which Hamas, the Islamist party in power, has embraced a certain vision of human rights, Lori Allen provides the best material for her central claim . . . [T]he book culminates with rich and stimulating material, and Allen is to be congratulated for the innovative ways in which she approaches human rights, in contrast to culturalist arguments which deny any existence or relevance of local engagements with these principled beliefs."

"Allen makes incisive comments on the comparative nature of sovereignty and popular discontent in countries ranging from India to Turkey to Chile . . . [This book] presents varied Palestinian perspectives on human rights within the framework of scholarship on the state and sovereignty, an approach rarely considered by historians. Aimed at anthropologists, this study can serve as a valuable addition to advanced undergraduate and graduate courses in Middle East history."

"The book is a breath of fresh air in the context of a human rights literature dominated by unrealistic and optimistic assessments of human rights actions and campaigns which fail to acknowledge that human rights movements have changed little despite their institutionalization, legitimation, and international funding. Human rights organizations produce reports, diagnostics, and participate in public policy design while people's lives remain the same. The most important contribution of the book is that, although it talks about Palestine, it recognizes a general pattern of development in contemporary national human rights movements. As Allen rightly claims, the book can serve to illustrate the evolution of the human rights movement more broadly since the case of Palestine is both unique and quite representative of this trend."

"In her exceptional book, The Rise and Fall of Human Rights: Cynicism and Politics in Occupied Palestine, anthropologist Lori Allen explores a complex set of interlocking themes about the role of human rights in the Palestinian nationalist agenda, viewed through the prism of cynicism . . . This book is a must read—with relevance far wider than the case of Palestine."

"A significant contribution to our understanding of Palestinian politics and the global human rights movement. The Israeli-Palestinian conflict has been analyzed over and over again, but Lori Allen finds a genuinely new angle. This book achieves a rare balance of shedding light on recent events in the Middle East while producing thought-provoking arguments for understanding the potentials and limitations of human rights claims in situations of prolonged armed conflict."

"The idiom of human rights now pervades Palestinian ideas of who they are and what they hope to be. This eye-opening book explores how, between the friction of disappointment and hope, human rights values might still generate more viable means to build a common world. A profound reflection on the dominant discourse of emancipation in our times."

"This powerfully argued book provides a welcome perspective on the 'human rights industry' in occupied Palestine. It constitutes a valuable contribution to the study both of a key example of the global discourse of human rights, and of the worsening situation of the Palestinians after nearly two decades of dual control by Israel and the Palestinian Authority."

"Lori Allen offers a powerful and unsparing analysis of the fragmented human rights world in the West Bank and Gaza, arguing that human rights work can only promote social justice when it is situated within, and informed by, a broader political vision and national project—something that still eludes Palestinians. Her critique contains within it a vision of the future where social change is indeed possible and where Palestinians and the state that has yet to represent them find common cause." 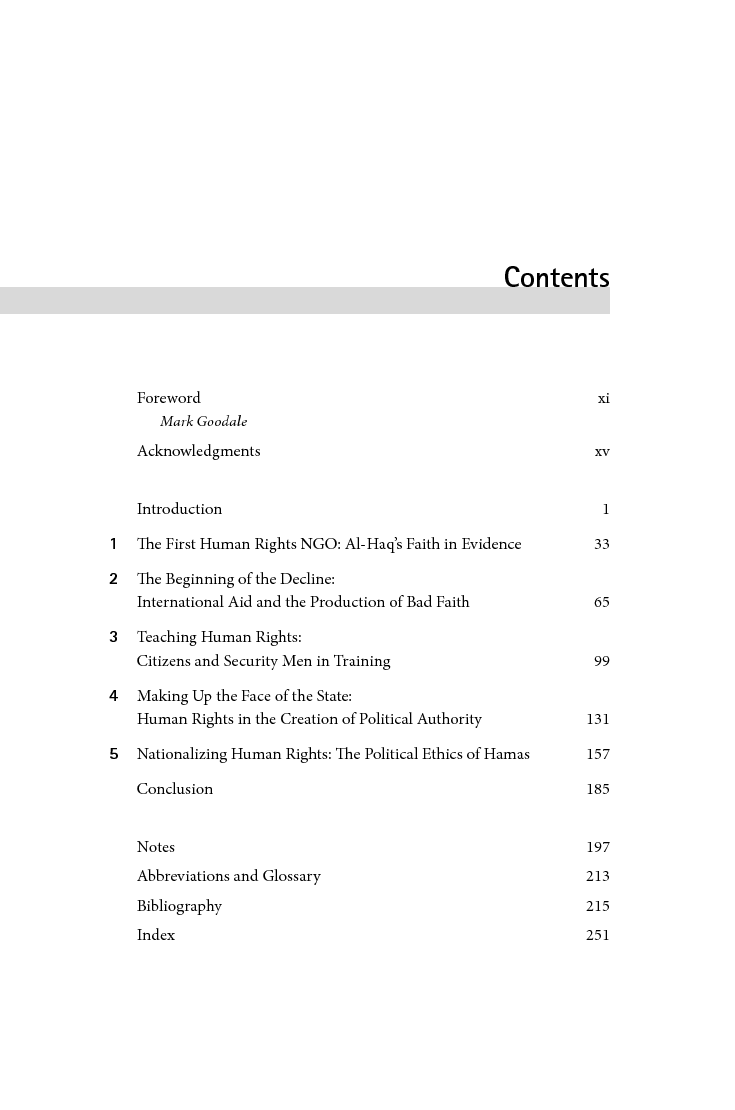 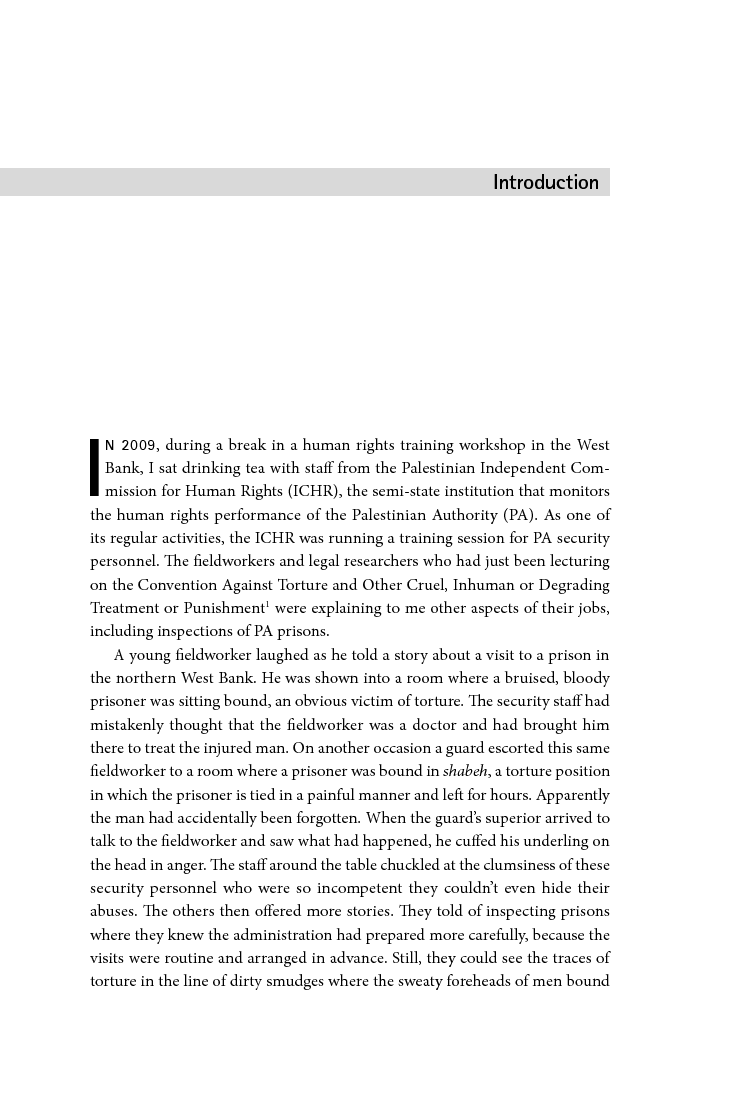 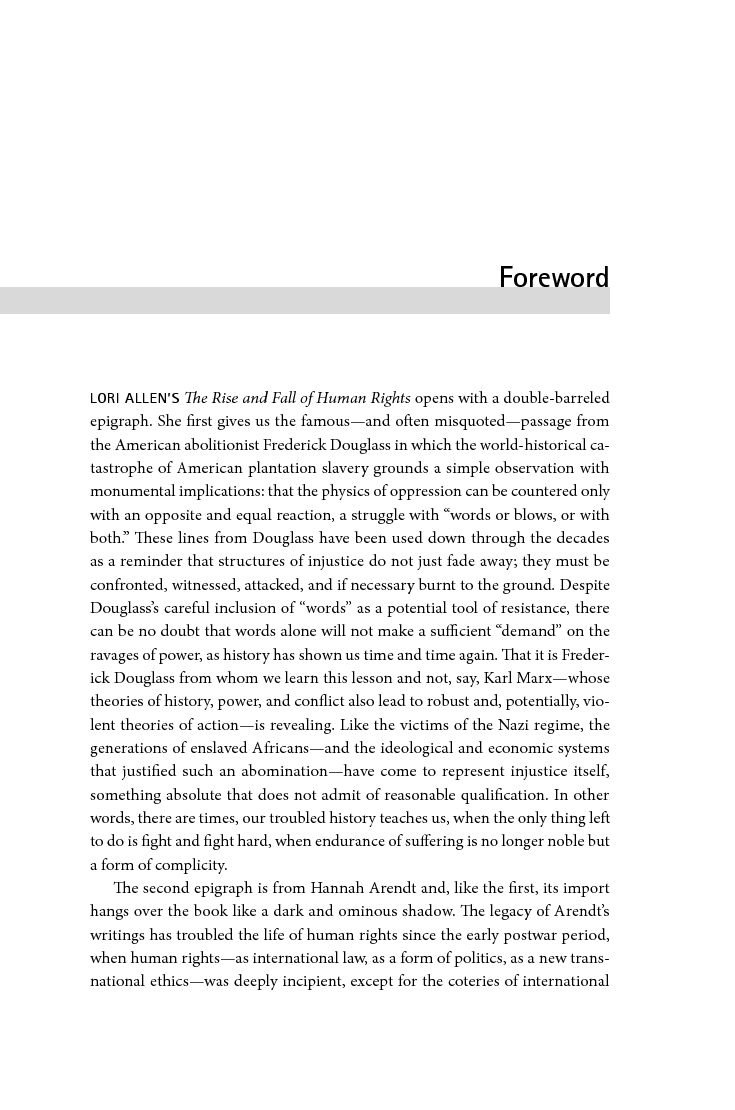