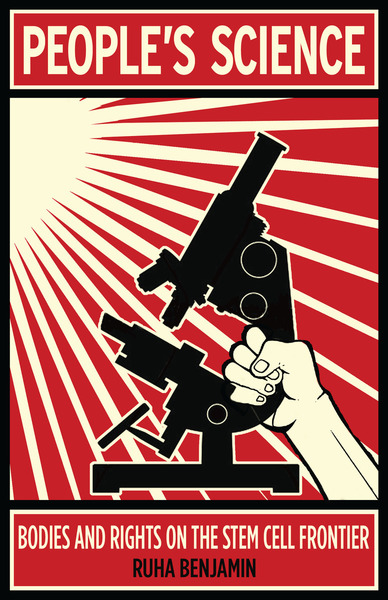 Stem cell research has sparked controversy and heated debate since the first human stem cell line was derived in 1998. Too frequently these debates devolve to simple judgments—good or bad, life-saving medicine or bioethical nightmare, symbol of human ingenuity or our fall from grace—ignoring the people affected. With this book, Ruha Benjamin moves the terms of debate to focus on the shifting relationship between science and society, on the people who benefit—or don't—from regenerative medicine and what this says about our democratic commitments to an equitable society.

People's Science uncovers the tension between scientific innovation and social equality, taking the reader inside California's 2004 stem cell initiative, the first of many state referenda on scientific research, to consider the lives it has affected. Benjamin reveals the promise and peril of public participation in science, illuminating issues of race, disability, gender, and socio-economic class that serve to define certain groups as more or less deserving in their political aims and biomedical hopes. Under the shadow of the free market and in a nation still at odds with universal healthcare, the socially marginalized are often eagerly embraced as test-subjects, yet often are unable to afford new medicines and treatment regimes as patients.

Ultimately, Ruha Benjamin argues that without more deliberate consideration about how scientific initiatives can and should reflect a wider array of social concerns, stem cell research— from African Americans' struggle with sickle cell treatment to the recruitment of women as tissue donors—still risks excluding many. Even as regenerative medicine is described as a participatory science for the people, Benjamin asks us to consider if "the people" ultimately reflects our democratic ideals.

Ruha Benjamin is an Assistant Professor of African American Studies at Princeton University, and is a Faculty Associate in the Program on the History of Science, the Center for Health and Wellbeing, the Program in Gender and Sexuality Studies, and the Center for Global Health and Health Policy at Princeton. She has been awarded fellowships by the American Council of Learned Societies, the Harvard Kennedy School of Government's Science, Technology, and Society Program, the National Science Foundation, and the Ford Foundation among others. Ruha is actively engaged in community initiatives that investigate the social impact and meaning of new biotechnologies, and blogs about the broader questions of innovation and citizen science at facebook.com/peoples.science and on Twitter @Peoples_Science. Visit www.ruhabenjamin.com to learn more.

"Some of the most pressing questions for science today start not with 'Can...?', but 'How...?' . . . Ruha Benjamin's excellent book focuses on such questions, taking as a case study of controversial passage of Proposition 71, a state bill that made conducting stem cell research in California a Constitutional right, and which guaranteed funding . . . for stem cell research over a decade."

—Neil Singh, British Journal of the History of Science

"People's Science is an important work on a complex topic, written with a passion for social justice and inclusion . . . In People's Science, Benjamin offers us an engaging, insightful, and challenging call to examine both the rhetoric and reality of innovation and inclusion in science and science policy. Using a clear and persuasive, moral, and sometimes even prophetic voice, Benjamin calls sociologists of science, technology, and medicine to investigate ever more deeply how scientific innovation works within a deeply unequal society, advantaging the already powerful and ignoring or silencing those who suffer from existing public policy."

"Much of the debate over stem cell research is seen in the public eye as part of the ongoing struggles between Left and Right, liberal and conservative. In People's Science, Benjamin problematizes this easy dichotomy, writing persuasively of the complex divides between support versus critique and advancement versus opposition to this branch of scientific research . . . Recommended."

"An impressive work of seminal scholarship, People's Science is a deftly written inquiry into the social issue implications of how scientific research is conducted in our democratic society including factors of race, disability, gender, and socio-economic class. As informed and informative as it is thoughtful and thought-provoking, People's Science is strongly recommended reading."

"Telling the story of the social and political lives of stem cells in America, Ruha Benjamin compels you to consider how political expedience and vague promises of a better future too often trump social equity in publicly funded scientific research. This is an immensely important and timely book, impeccably researched and forcefully argued."

—Michael Montoya, University of California, Irvine, author of Making the Mexican Diabetic: Race, Science, and the Genetics of Inequality

"Ruha Benjamin powerfully contests the autonomy of scientists and argues instead for a radically inclusive public engagement in science. Grounded in the heated battle over stem cell research, People's Science highlights the voices of people with disabilities, African Americans, and women to show why citizens should have the power to influence science as much as scientists influence society. A must read for students and scholars interested in science and society, as well as advocates for more democratic participation in cutting-edge biotechnologies."

"In this fascinating account of an experiment both political and scientific, Ruha Benjamin takes us behind the scenes of California's massive, voter-driven investment in stem cell research. People's Science examines the tread marks where the rubber meets the road: Whose interests are served, whose bodies provide the raw research materials, and which groups reap the benefits? This is a must-read contribution to our understanding of health disparities, 'biological citizenship,' and the politics of knowledge-making."

"As we move full steam into an era of citizen-driven science, Ruha Benjamin's wonderful examination of stem-cell initiatives is a welcome reminder that politics and social justice don't necessarily enjoy a good prognosis even when scientific priorities are motivated by democratic processes. Science of the people, by the people and for the people does not always mean all the people." 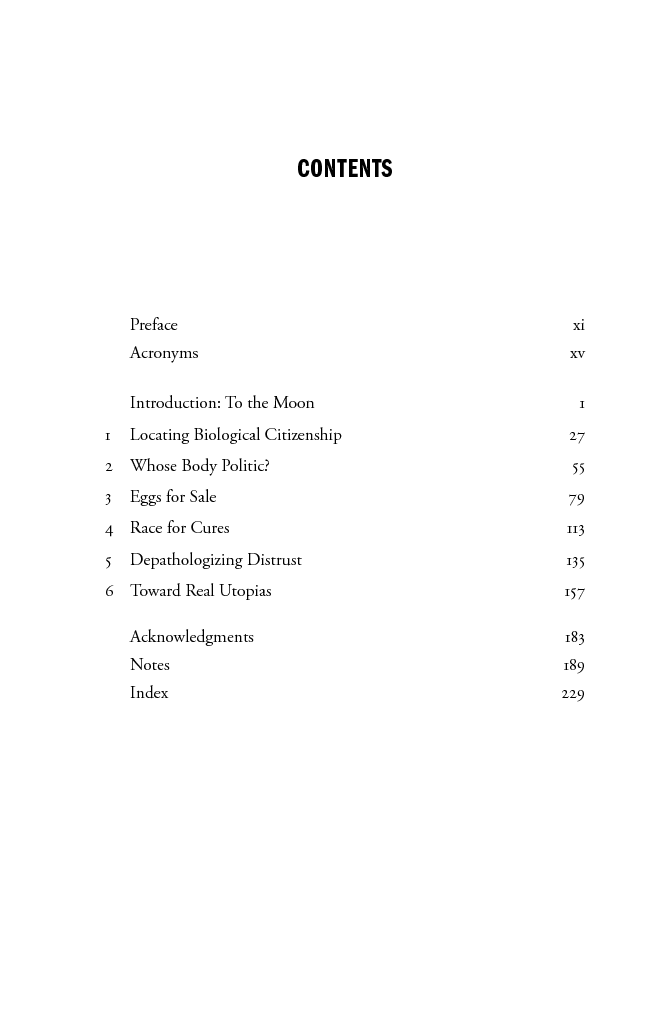 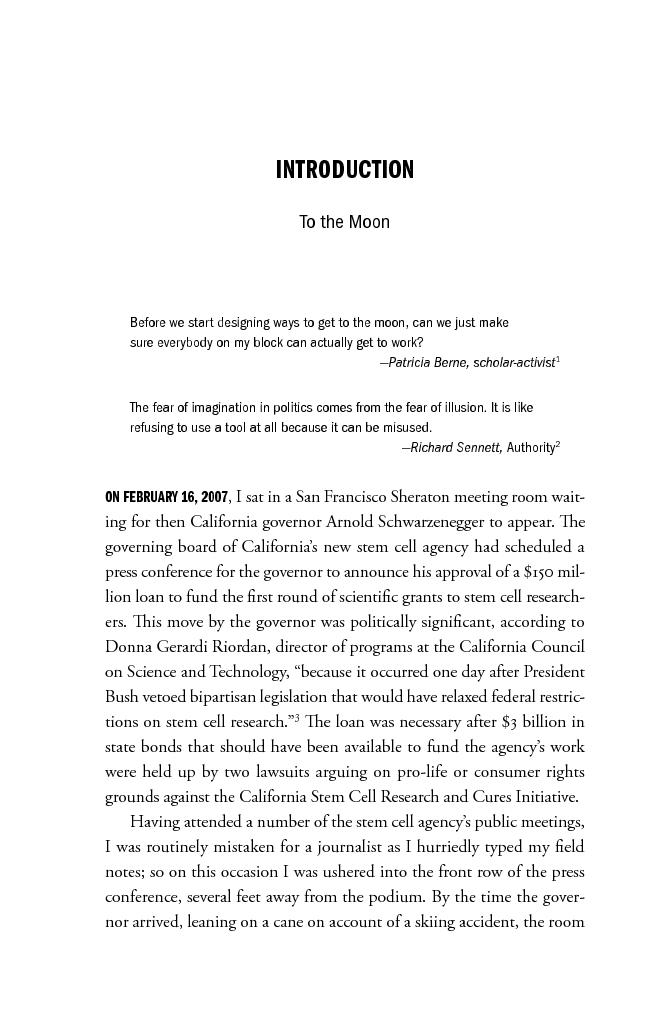 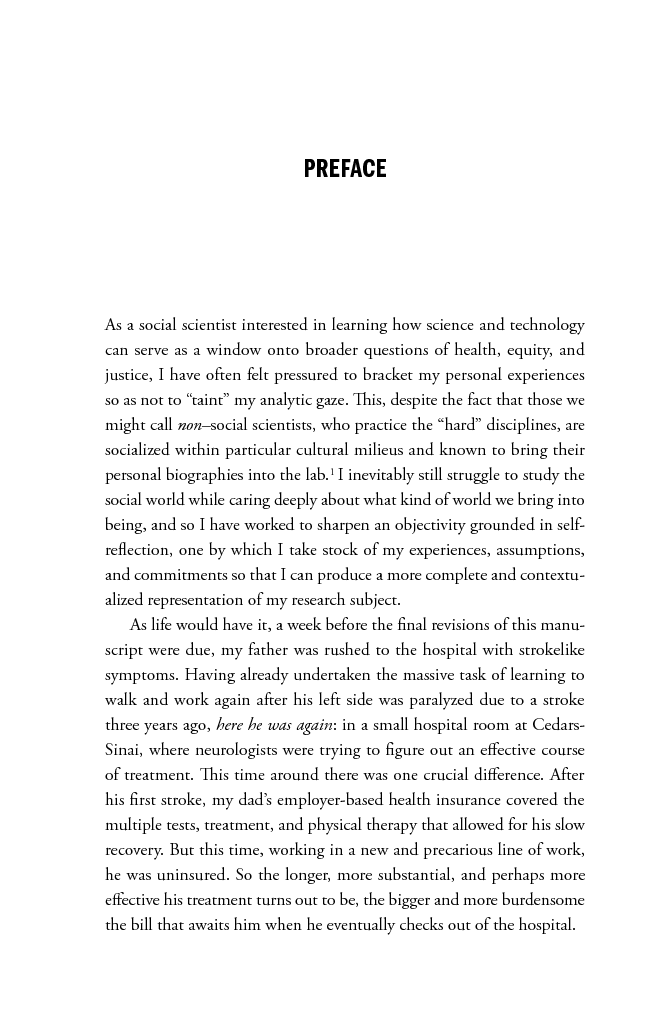 Watch: From Park Bench to Lab Bench: What kind of future are we designing? | TEDx - Baltimore