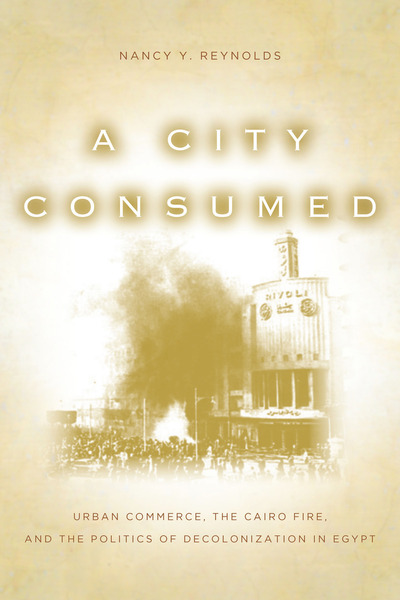 A City Consumed
Urban Commerce, the Cairo Fire, and the Politics of Decolonization in Egypt
Nancy Y. Reynolds

Though now remembered as an act of anti-colonial protest leading to the Egyptian military coup of 1952, the Cairo Fire that burned through downtown stores and businesses appeared to many at the time as an act of urban self-destruction and national suicide. The logic behind this latter view has now been largely lost. Offering a revised history, Nancy Reynolds looks to the decades leading up to the fire to show that the lines between foreign and native in city space and commercial merchandise were never so starkly drawn.

Consumer goods occupied an uneasy place on anti-colonial agendas for decades in Egypt before the great Cairo Fire. Nationalist leaders frequently railed against commerce as a form of colonial captivity, yet simultaneously expanded local production and consumption to anchor a newly independent economy. Close examination of struggles over dress and shopping reveals that nationhood coalesced informally from the conflicts and collaboration of consumers "from below" as well as more institutional and prescriptive mandates.

"A City Consumed is an illuminating study of urban commerce and consumer politics in Cairo during the first half of the 20th century . . . A City Consumed skillfully combines economic and business history with questions about national subject formation and anti-colonial discourse . . . Through the innovative use of diverse sources—memoirs, magazines, films, advertisements and cartoons, and archival records—she vividly reconstructs the history of urban commerce and consumer politics. A City Consumed is a valuable addition to the historical literature on 20th-century Egypt that no student or scholar of anti-colonial nationalism, urban history, or consumption can afford to ignore."

"A City Consumed is a valuable addition to the scholarship on twentieth-century Egypt, and consumption, urban, and colonialism studies more broadly . . . Analytically sophisticated and a true pleasure to read, A City Consumed offers a masterful account of Egyptian society's everyday struggle with colonialism in the first half of the twentieth century."

"Nancy Reynolds wrote an ultimate account on how new consumer culture in Egypt was intertwined with emerging Egyptian nationalsm and narrated itself against the background of gradual decolonization from Britain.This meticulously researched book builds up a story of commerce and consumption in Egypt from the late nineteenth century and into the middle of the twentieth century. . .A City Consumed is an important contribution to business historians and graduate student readership."

"Sixty years before Egypt's Tahrir Square exploded in protest against Hosni Mubarak, Cairo burst into revolution with the great fire of 1952. This book gives a vivid new explanation for how ordinary Egyptians turned shopping and commerce into politics. More broadly, its story opens a fresh perspective on the economic and cultural changes that so profoundly reshaped the Middle East in the mid-20th century."

"This pathbreaking study, theoretically sophisticated and empirically rich, explores the ways in which twentieth-century Egyptians' consumption practices helped shape their identities and their politics. Its treatment of consumption as a spatial practice opens new intellectual vistas, and it is a must-read for anyone interested in modern Egypt or in the politics of consumption and urban space." 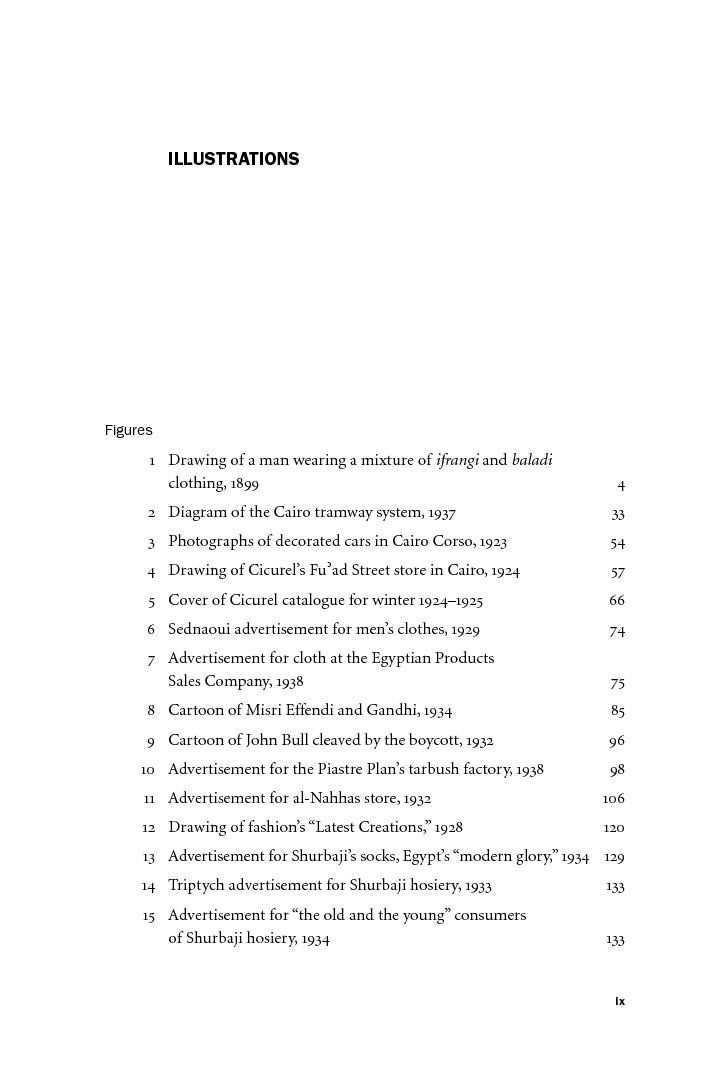 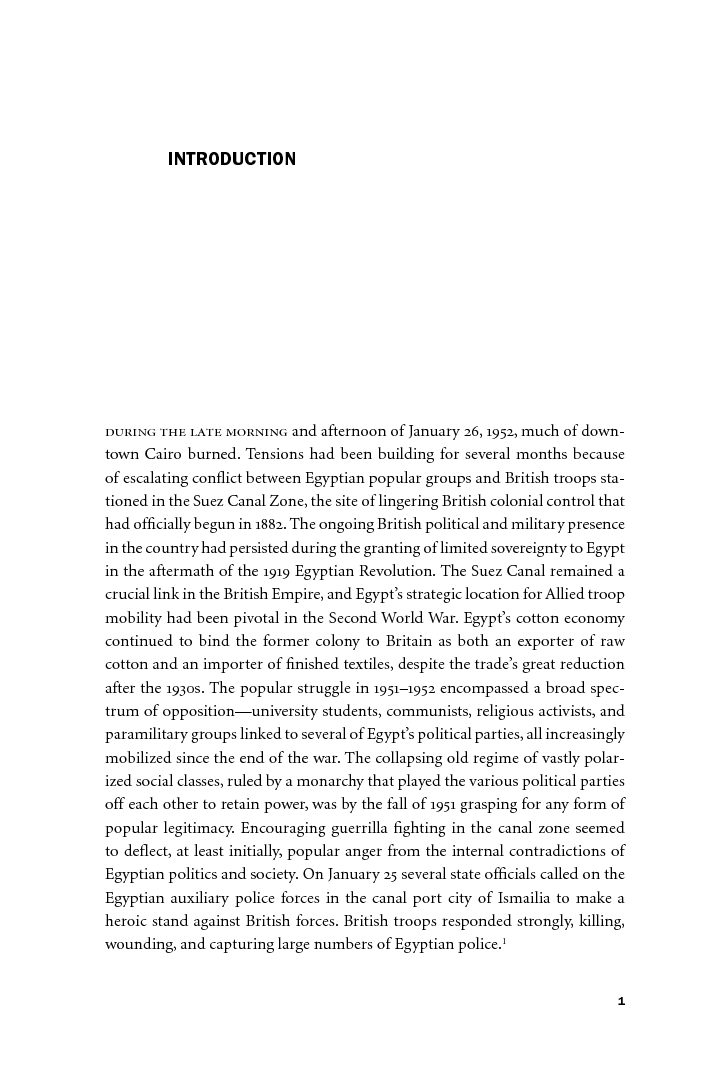 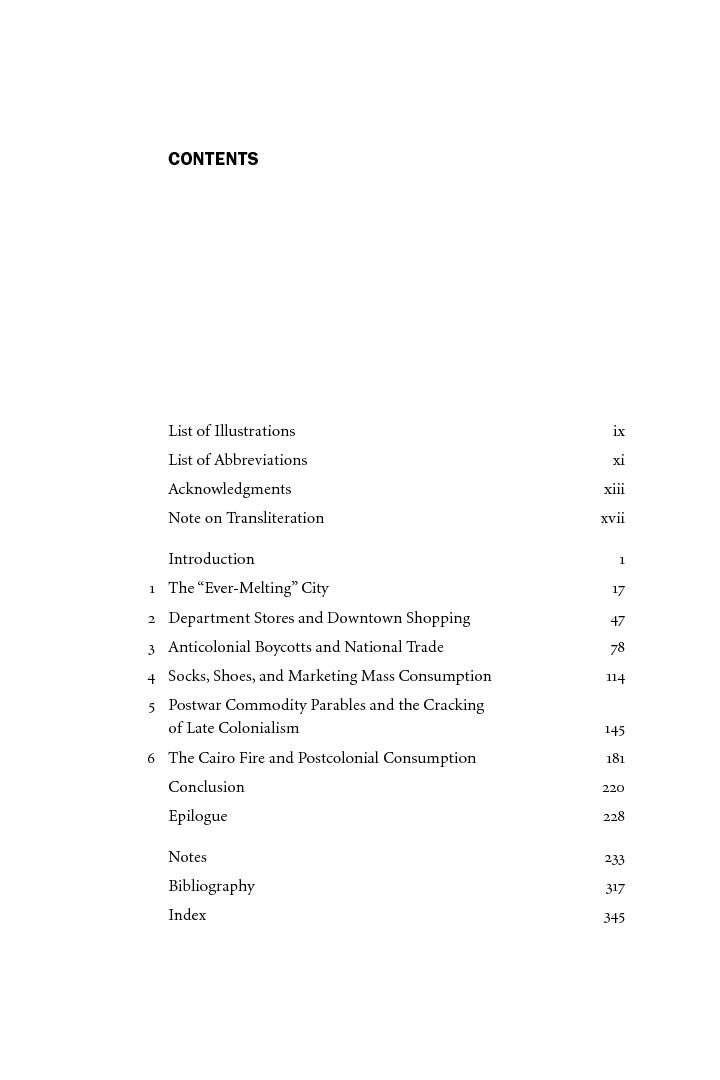