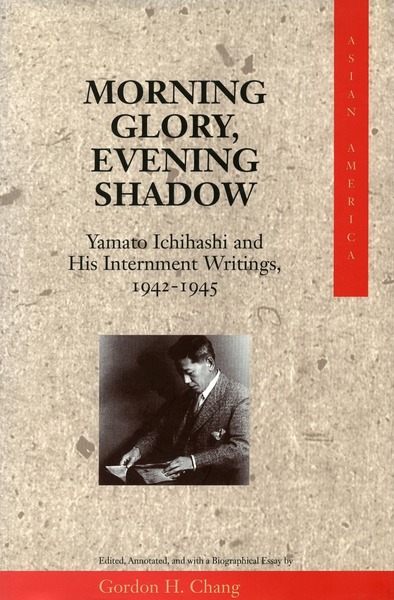 Honorable Mention in the 1997 Myers Outstanding Books Award, sponsored by The Gustavus Myers Center for the Study of Bigotry and Human Rights in North America.

This book has a dual purpose. The first is to present a biography of Yamato Ichihashi, a Stanford University professor who was one of the first academics of Asian ancestry in the United States. The second purpose is to present, through Ichihashi’s wartime writings, the only comprehensive first-person account of internment life by one of the 120,000 persons of Japanese ancestry who, in 1942, were sent by the U.S. government to “relocation centers,” the euphemism for prison camps.

Arriving in the United States from Japan in 1894, when he was sixteen, Ichihashi attended public school in San Francisco, graduated from Stanford University, and received a doctorate from Harvard University. He began teaching at Stanford in 1913, specializing in Japanese history and government, international relations, and the Japanese American experience. He remained at Stanford until he and his wife, Kei, were forced to leave their campus home for a series of internment camps, where they remained until the closing days of the war.

"This fascinating account . . . is a particularly important source, because of the paucity of contemporary accounts. Chang's sympathetic biographical essay on this enigmatic figure provides an enthralling insight into relations between Japan and the United States in the first half of this century."

"[Ichihashi] was uniquely qualified to observe and record history as he lived it, and his records—along with Chang's absorbing commentary—offer an intriguing view of a shattering episode that continues to be a defining experience for Japanese Americans."

"Anyone interested in the World War II incarceration experience would do well to read this important volume."

"Upon discovering Ichihashi's papers among Stanford's manuscript collections, Chang intended to publish them to honor his memory, add to the literature on the wartime concentration camps, and present the deeply poignant human story contained in his documents. Chang has succeeded on all counts."