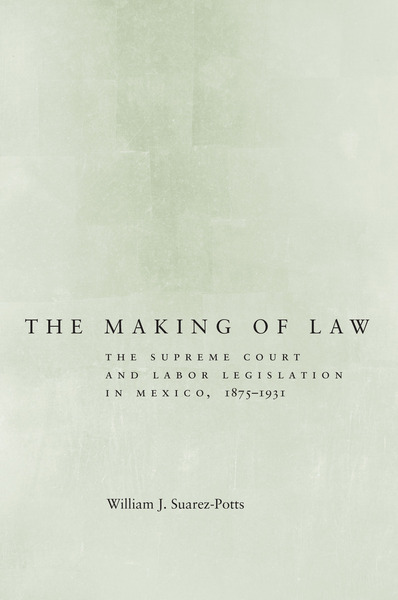 The Making of Law
The Supreme Court and Labor Legislation in Mexico, 1875–1931
William J. Suarez-Potts

Despite Porfirio Díaz's authoritarian rule (1877-1911) and the fifteen years of violent conflict typifying much of Mexican politics after 1917, law and judicial decision-making were important for the country's political and economic organization. Influenced by French theories of jurisprudence in addition to domestic events, progressive Mexican legal thinkers concluded that the liberal view of law—as existing primarily to guarantee the rights of individuals and of private property—was inadequate for solving the "social question"; the aim of the legal regime should instead be one of harmoniously regulating relations between interdependent groups of social actors. This book argues that the federal judiciary's adjudication of labor disputes and its elaboration of new legal principles played a significant part in the evolution of Mexican labor law and the nation's political and social compact. Indeed, this conclusion might seem paradoxical in a country with a civil law tradition, weak judiciary, authoritarian government, and endemic corruption. Suarez-Potts shows how and why judge-made law mattered, and why contemporaries paid close attention to the rulings of Supreme Court justices in labor cases as the nation's system of industrial relations was established.

"The book challenges common perceptions of Mexican history and political economy . . . The narrative is chronological but the author skillfully situates key episodes and actors in the book's larger themes . . . [T]his book's overarching conclusions are important in at least two respects. First, Suarez-Potts renders unhistoric the popular practice of coding countries as civil or common law regimes, Secondly, he contests the crude characterization of latecomers as politically exclusive and economically extractive. On these two scores, this book is well worth consulting."

"The Making of Law does more than survey the development of labor legislation and the contributions of the Mexican Supreme Court between 1875 and 1931. The author guides the reader through the historical process underscoring the court's influence in shaping social legislation."

"In all, this skillfully structured and superbly researched work illuminates how labor legislation came into being as an independent category of law, and portrays how the lack of overarching federal legislation set the tone for state, business, and labor relations in the Porfirian and early post-revolutionary periods."

"The Making of Law surveys the development of labor legislation and the role of the Mexican Supreme Court in that process between 1875 and 1931. Using a variety of published and archival sources, William J. Suarez-Potts makes a strong case for the court's influence in shaping labor legislation . . . [T]his is a useful work for [Gilded Age and Progressive Era] scholars, and provides multiple comparative opportunities for scholars of labor, the law, and the courts."

"The Making of Law will definitely find an audience among Latin Americanists interested in comparative labor law, and it will hopefully inspire Mexicanists to investigate the legal history of agrarian reform. Most importantly, Suarez-Potts's use of judicial records should provoke further research into the post revolutionary decades, when the LFT went into effect with great consequence for workers, employers, and a ruling party that built an enduring political machine upon the state's legal capacity to structure industrial relations and tame a once-militant labor movement."

"An impressively researched, carefully analyzed, and clearly explained history of labor law in Mexico through the Porfiriato, the Revolution, and the rebuilding of the Mexican state in the 1920s . . . It breaks new ground and offers a major contribution to our understanding of modern Mexico. It should become the definitive work on the subject."

"This book makes a significant and highly original contribution to our understanding of social and legal questions in Mexico during the late nineteenth and early twentieth centuries."

—Kevin Middlebrook, Institute for the Study of the Americas, University of London 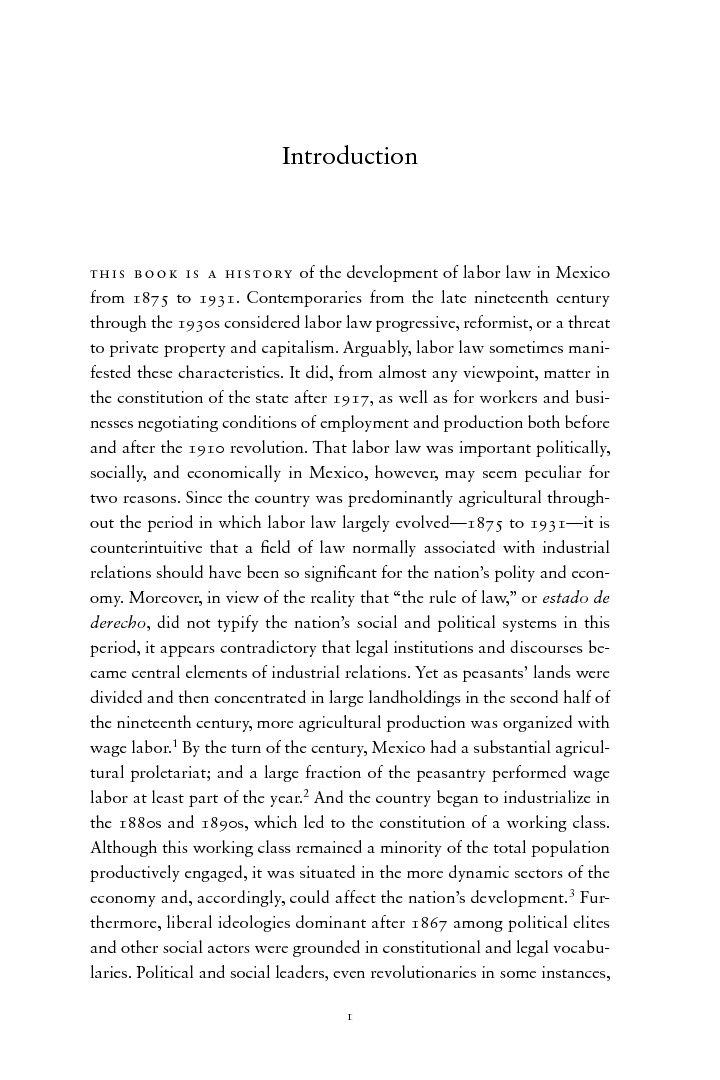 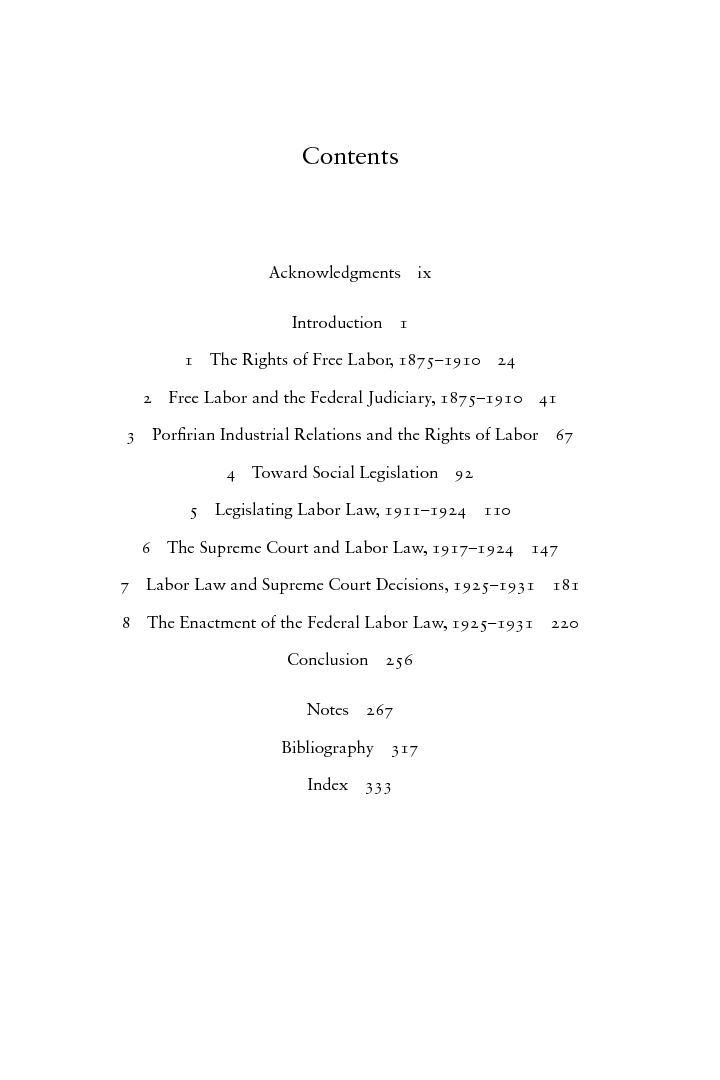