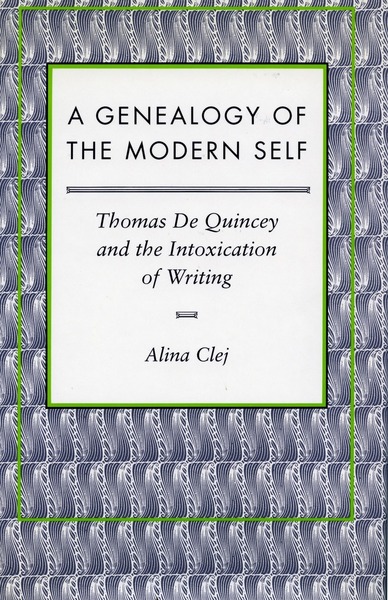 As this book's title suggests, its main argument is that Thomas De Quincey's literary output, which is both a symptom and an effect of his addictions to opium and writing, plays an important and mostly unacknowledged role in the development of modern and modernist forms of subjectivity. At the same time, the book shows that intoxication, whether in the strict medical sense or in its less technical meaning ("strong excitement," "trance," "ecstasy"), is central to the ways in which modernity, and literary modernity in particular, functions and defines itself. In both its theoretical and practical implications, intoxication symbolizes and often comes to constitute the condition of the alienated artist in the age of the market. The book also offers new readings of the Confessions and some of De Quincey's posthumous writings, as well as an extended analysis of his relatively neglected diary. The discussion of De Quincey's work also elicits new insights into his relationship with William and Dorothy Wordsworth, as well as his imaginary investment in Coleridge.