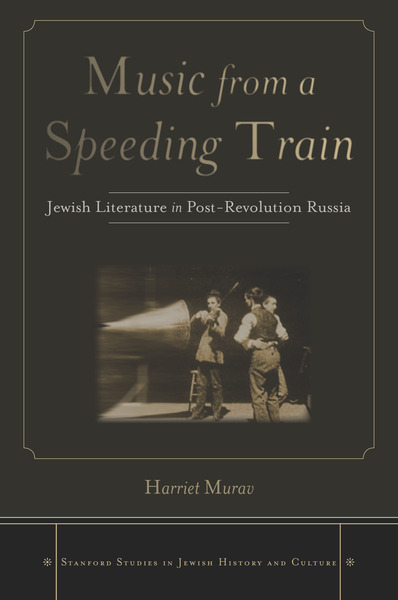 Music from a Speeding Train explores the uniquely Jewish space created by Jewish authors working within the limitations of the Soviet cultural system. It situates Russian- and Yiddish- language authors in the same literary universe—one in which modernism, revolution, socialist realism, violence, and catastrophe join traditional Jewish texts to provide the framework for literary creativity. These writers represented, attacked, reformed, and mourned Jewish life in the pre-revolutionary shtetl as they created new forms of Jewish culture.

The book emphasizes the Soviet Jewish response to World War II and the Nazi destruction of the Jews, disputing the claim that Jews in Soviet Russia did not and could not react to the killings of Jews. It reveals a largely unknown body of Jewish literature beginning as early as 1942 that responds to the mass killings. By exploring works through the early twenty-first century, the book reveals a complex, emotionally rich, and intensely vibrant Soviet Jewish culture that persisted beyond Stalinist oppression.

Harriet Murav is Professor of Slavic Languages and Literatures and Comparative and World Literature at the University of Illinois at Urbana-Champaign and author of Identity Theft: The Jew in Imperial Russia and the Case of Avraam Uri Kovner (Stanford, 2003) and Holy Foolishness: Dostoevsky's Novels & the Poetics of Cultural Critique (Stanford, 1992).

"I recommend this book not only to all readers of Jewish, Yiddish, and Russian-Jewish literature, but to all scholars and students of Soviet and post-Soviet literature, whether written by Jews or not. Murav convinces us solidly that Jewish culture was firmly integrated into Soviet culture throughout and beyond the latter's historical purview, and we must look at both together in order to fully understand either."

"This cogent book demonstrates viability and resilience of Jewish literature in Russia from the late 19th century to the current day. This is a truly admirable book, marked by keen understanding, insight, and particular sympathy, if not love, for the Jewish people. . . Highly recommended."

"Murav has written an unusually rich and engaging book, which will be a must for experts on twentieth-century literatures—Jewish, Soviet, and European. Partially, its success is secured by the extraordinary quality of the forgotten texts that she presents to the reader in her lucid, though necessarily abridged, renderings . . . Murav's rendering of this vanished melody [from a speeding train] is remarkably clear."

"By carefully reading something close to the entirety of the Russian-Jewish and Yiddish literature published in the last century and considering it on its own terms, Murav has changed the ways in which literary scholars and historians will think about the Soviet Jewish experience."

"This pioneering book offers an illuminating interpretation of Soviet Jewish culture, treating this complex phenomenon from a refreshingly new literary perspective. It is the first literary study to cover the entire Soviet period and deal equally expertly with Yiddish and Russian texts." 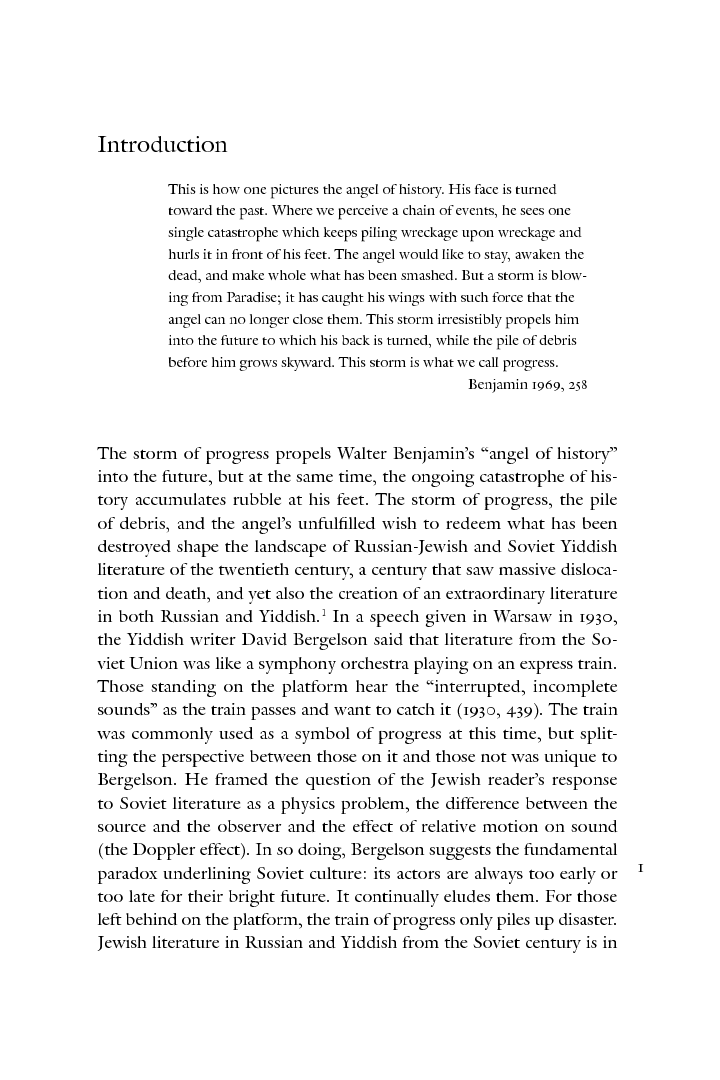 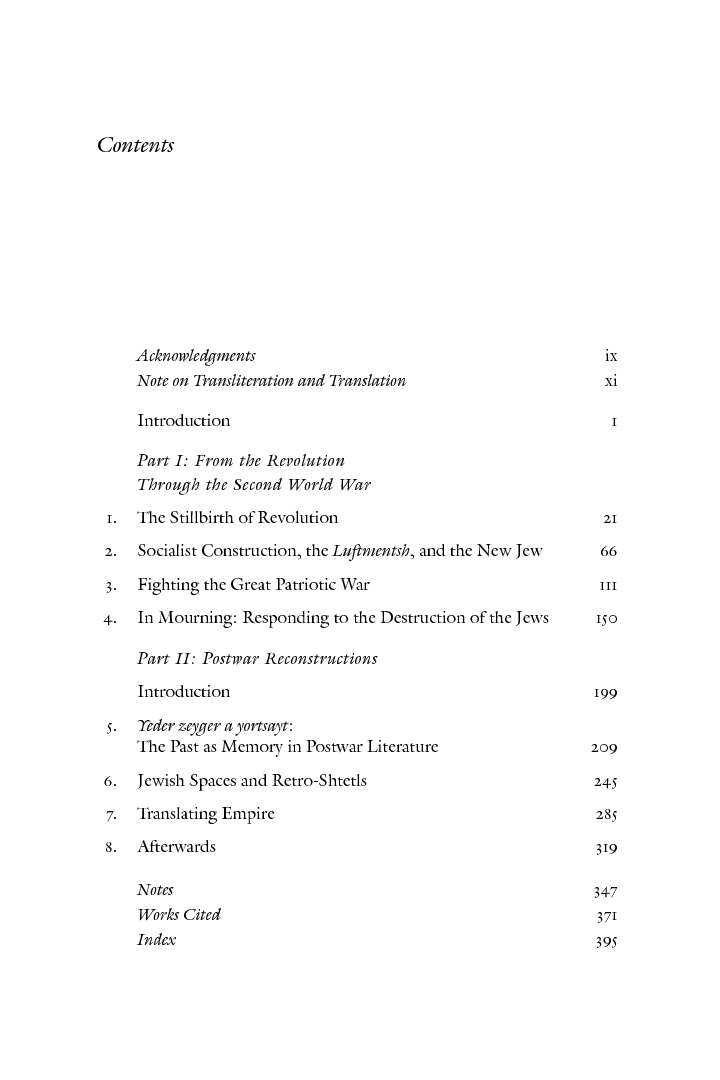