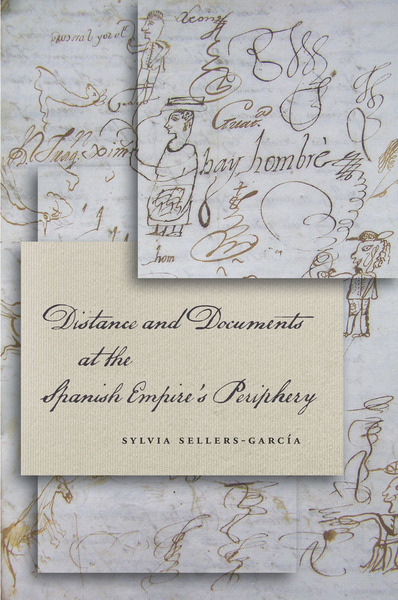 Distance and Documents at the Spanish Empire's Periphery
Sylvia Sellers-García

The Spanish Empire is famous for being, at its height, the realm upon which "the sun never set." It stretched from the Philippines to Europe by way of the Americas. And yet we know relatively little about how Spain managed to move that crucial currency of governance—paper—over such enormous distances. Moreover, we know even less about how those distances were perceived and understood by people living in the empire. This book takes up these unknowns and proposes that by examining how documents operated in the Spanish empire, we can better understand how the empire was built and, most importantly, how knowledge was created. The author argues that even in such a vast realm, knowledge was built locally by people who existed at the peripheries of empire. Organized along routes and centralized into local nodes, peripheral knowledge accumulated in regional centers before moving on to the heart of the empire in Spain.

Sylvia Sellers-García is Assistant Professor of History at Boston College.

"In this imaginative new study, Sylvia Sellers-Garcia envisions the Spanish empire as a series of spaces, nodes, and itineraries linked together by chains of paper overseen by notaries, mail carriers, and archivists . . Sylvia Sellers-Garcia has written a delightful book, rich in innovative insights and occasional personal reflections. It is a significant contribution to the historiography of colonial Central America, but it goes beyond that, taking its place among important recent efforts to historicize the written sources upon which scholars of colonial experience so heavily."

"Making the case that the way we define centre and periphery can have a significant impact on how we write history, Sellers-García follows several documents from their place of origin to their ultimate destination. By shadowing these documents over time and space Sellers-García illuminates the process by which they influenced, and were influenced by, conceptions of distance and peripherality, while incorporating into the conversation the various people who along the way handled, read, debated, and added content to them—all of which give us great insight into the colonial production of knowledge."

"This book reads, to me, not so much as a single book but as three separate and independent studies (but they work well together) . . . All of them are very important. And all of them make significant contributions to our understanding of the history of the Spanish empire, especially in the eighteenth century, and to cultural histories of reading and writing."

"A historical geographer's delight, this book warrants the attention of all scholars of Spanish America, especially those whose research interests lie primarily in Central America, a region where illuminating the nature of colonial experiences is still a work in progress."

"In this fascinating book, Sylvia Sellers-García describes a period of history—and an archival process—lost to time, yet relevant to our modern era . . . This is a superb book. It will appeal to anyone interested in how empires were ruled and what led to their demise."

"In this meticulous study Sellers-García interrogates the lives of documents and how they reflect multiple understandings of distance in temporal as well as spatial terms in late colonial Guatemala. Ambitious and illuminating, this work makes significant contributions to the social history of knowledge and communications, the history of Guatemala and of the Spanish empire."

—Susan Deans-Smith, The University of Texas at Austin 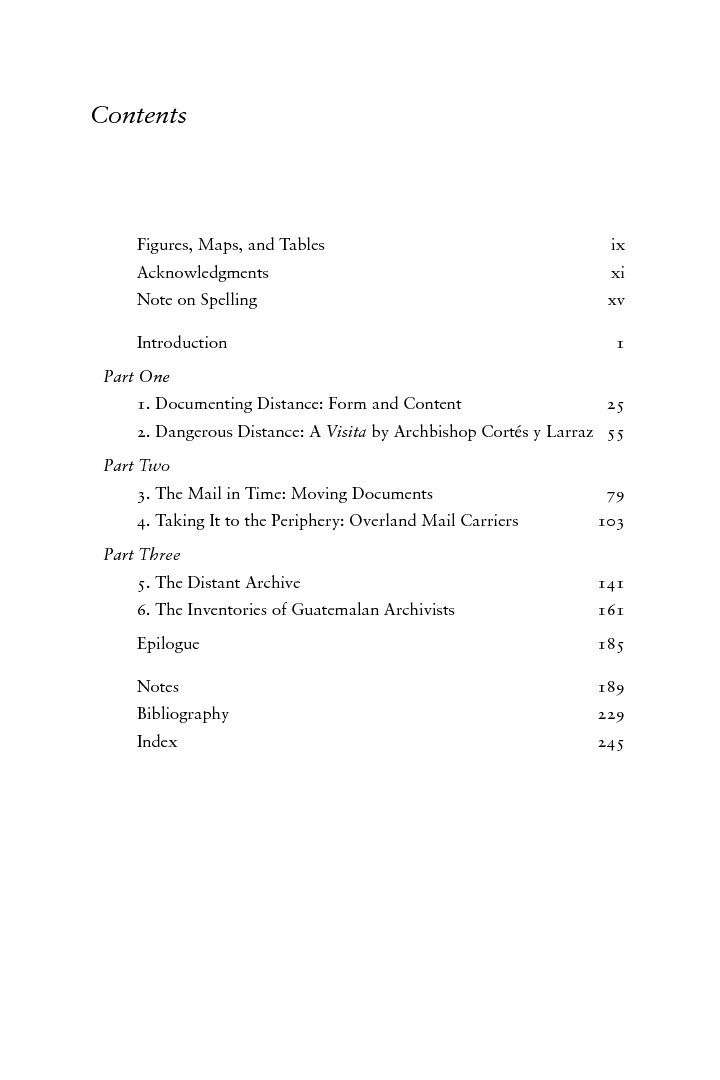 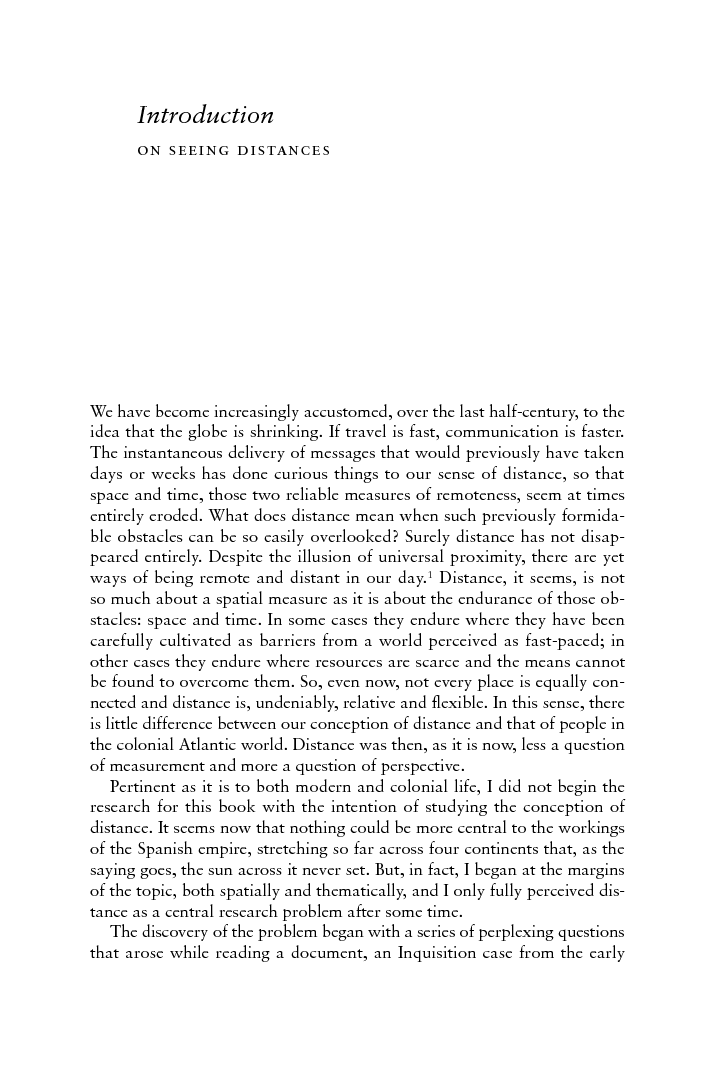