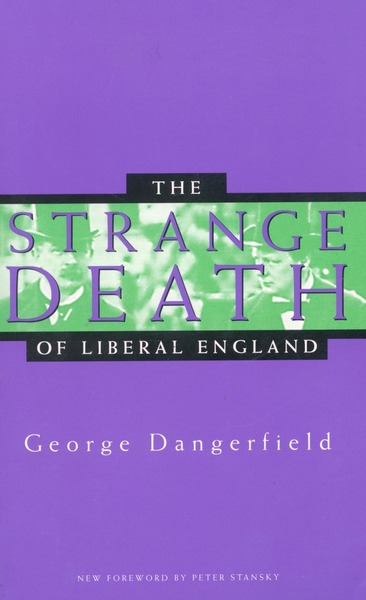 At the beginning of the twentieth century England's empire spanned the globe, its economy was strong, and its political system seemed immune to the ills that inflicted so many other countries. After a resounding electoral triumph in 1906, the Liberals formed the government of the most powerful nation on earth, yet within a few years the House of Lords lost its absolute veto over legislation, the Home Rule crisis brought Ireland to the brink of civil war and led to an army mutiny, the campaign for woman's suffrage created widespread civil disorder and discredited the legal and penal systems, and an unprecedented wave of strikes swept the land.

This is a classic account, first published in 1935, of the dramatic upheaval and political change that overwhelmed England in the period 1910-1914. Few books of history retain their relevance and vitality after more than sixty years. The Strange Death of Liberal England is one of the most important books of the English past, a prime example that history can be abiding literature. As a portrait of England enmeshed in the turbulence of new movements, which often led to violence against the pieties of Liberal England—until it was overwhelmed by the greatest violence of all, World War I—this extraordinary book has continued to exert a powerful influence on the way historians have observed early twentieth-century England.

The late George Dangerfield wrote widely on both English and American History; he received both the Pulitzer Prize and the Bancroft Prize for The Era of Good Feelings. Among his other books are The Bengal Mutiny, Victoria's Heir: The Education of a Prince, The Awakening of American Nationalism, 1815-1828, and The Damnable Question: A Study in Anglo-Irish Relations.