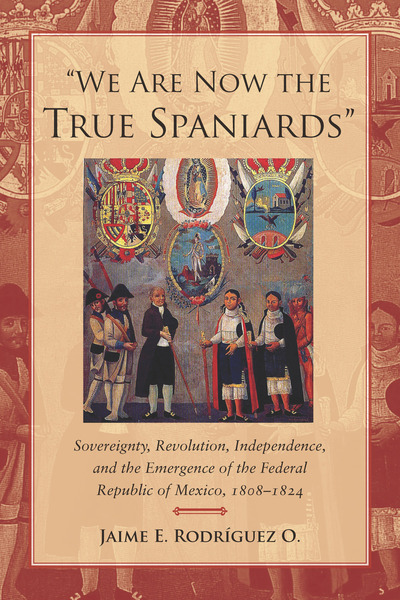 "We Are Now the True Spaniards"
Sovereignty, Revolution, Independence, and the Emergence of the Federal Republic of Mexico, 1808–1824
Jaime E. Rodríguez O.

This book is a radical reinterpretation of the process that led to Mexican independence in 1821—one that emphasizes Mexico's continuity with Spanish political culture. During its final decades under Spanish rule, New Spain was the most populous, richest, and most developed part of the worldwide Spanish Monarchy, and most novohispanos (people of New Spain) believed that their religious, social, economic, and political ties to the Monarchy made union preferable to separation. Neither the American nor the French Revolution convinced the novohispanos to sever ties with the Spanish Monarchy; nor did the Hidalgo Revolt of September 1810 and subsequent insurgencies cause Mexican independence.

It was Napoleon's invasion of Spain in 1808 that led to the Hispanic Constitution of 1812. When the government in Spain rejected those new constituted arrangements, Mexico declared independence. The Mexican Constitution of 1824 affirms both the new state's independence and its continuance of Spanish political culture.

Jaime E. Rodríguez O. is Research Professor Emeritus at the University of California, Irvine, where he was Director of Latin American Studies and Dean of Graduate Studies and Research. He was the founder and editor of the journal Mexican Studies/Estudios Mexicanos and has published numerous works in English and in Spanish.

"It has always seemed that Mexico achieved its independence under somewhat mysterious circumstances . . . Fortunately, Jaime E. Rodriguez O. has written a seminal book in which he explains the mystery . . . This book is a magnum opus of scholarship; for 345 pages of text, Rodriguez supplies almost 100 pages of notes, in some of which he regales the reader with his view of arguments among scholars. The notes themselves are a delight and well worth reading as a history of various interpretations . . . This volume is quite clearly intended for scholars. However, its findings need to be made much more widely known."

"Jaime Rodríguez's massive and masterful study of Mexican independence constitutes the culmination of a lifetime dedicated to the topic . . . I find so much to admire in this work that it's difficult to know where to begin . . . Rodríguez's command of the period, its issues, and its colorful details gives his work the resolution power of the Hubble space telescope, and reading We Are Now the True Spaniards, at times, gives one the feel of clearly seeing a distant world for the first time. Up until the very last page, we have no doubt we are dealing with a major new retelling of trans-Atlantic events."

"['We Are Now the True Spaniards'] brings together Rodríguez's years of research into one final and, it must be said, beautifully illustrated volume . . . Where Rodríguez's volume is at its most compelling is in its detailed and exhaustive coverage and analysis of how the Cádiz Constitution and its implementation in New Spain impacted upon the war-torn nation . . . [T]here is no denying that this represents a particularly significant contribution to the historiography."

"This book will truly constitute a landmark study in the historiography of Mexico. Its revisionist position will change our view of Spain and the process of independence in its trans-Atlantic realms. Rodríguez shifts the entire independence process in Mexico back in time to the 1808–1812 period, exiles structuralist inevitability, and assumes open fields of political information and decision-making."

"Rodríguez, the living soul of the revisionist revolution in the study of Latin American independence, demonstrates that the story of Mexican independence is the story of a transatlantic political revolution that, as a byproduct, produced separation between Mexico and Spain. The portrayal of independence as a transformative process not necessarily directed against a 'motherland' is sure to to inspire also historians of other countries that experienced similar revolutions, such as the USA." 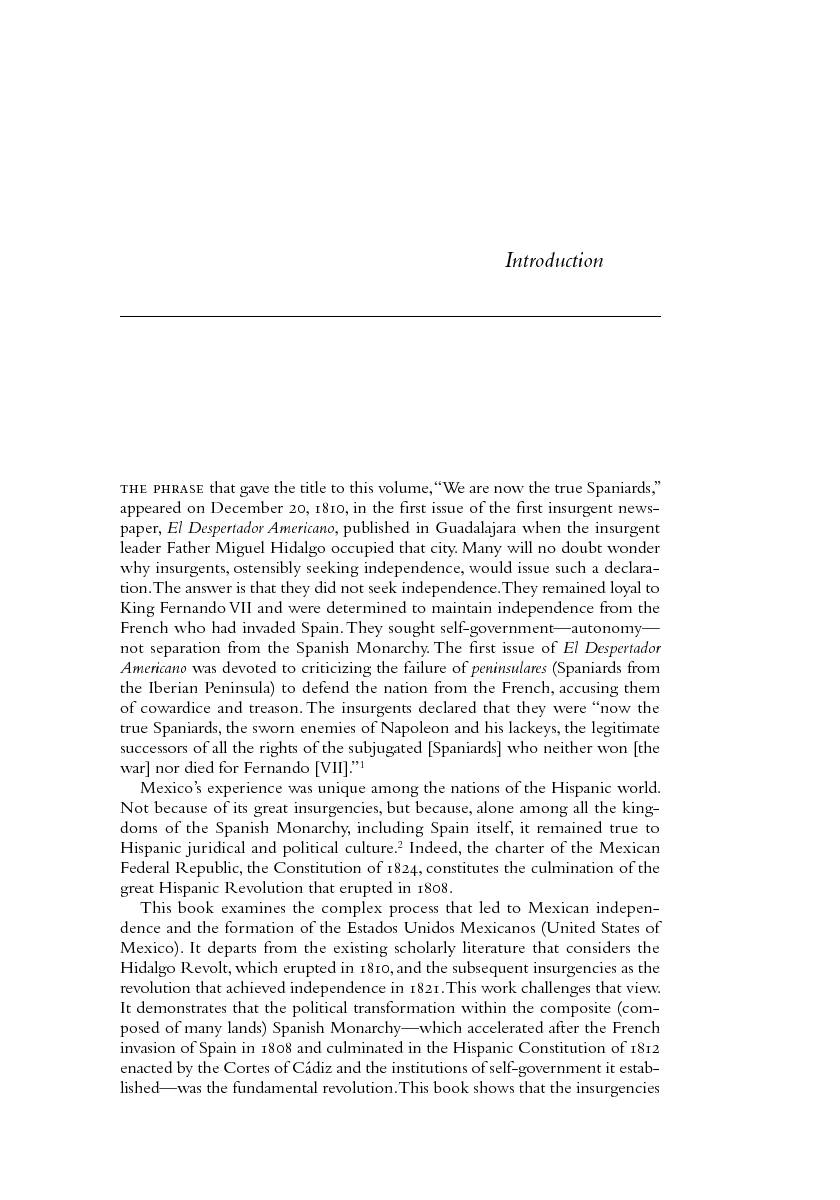 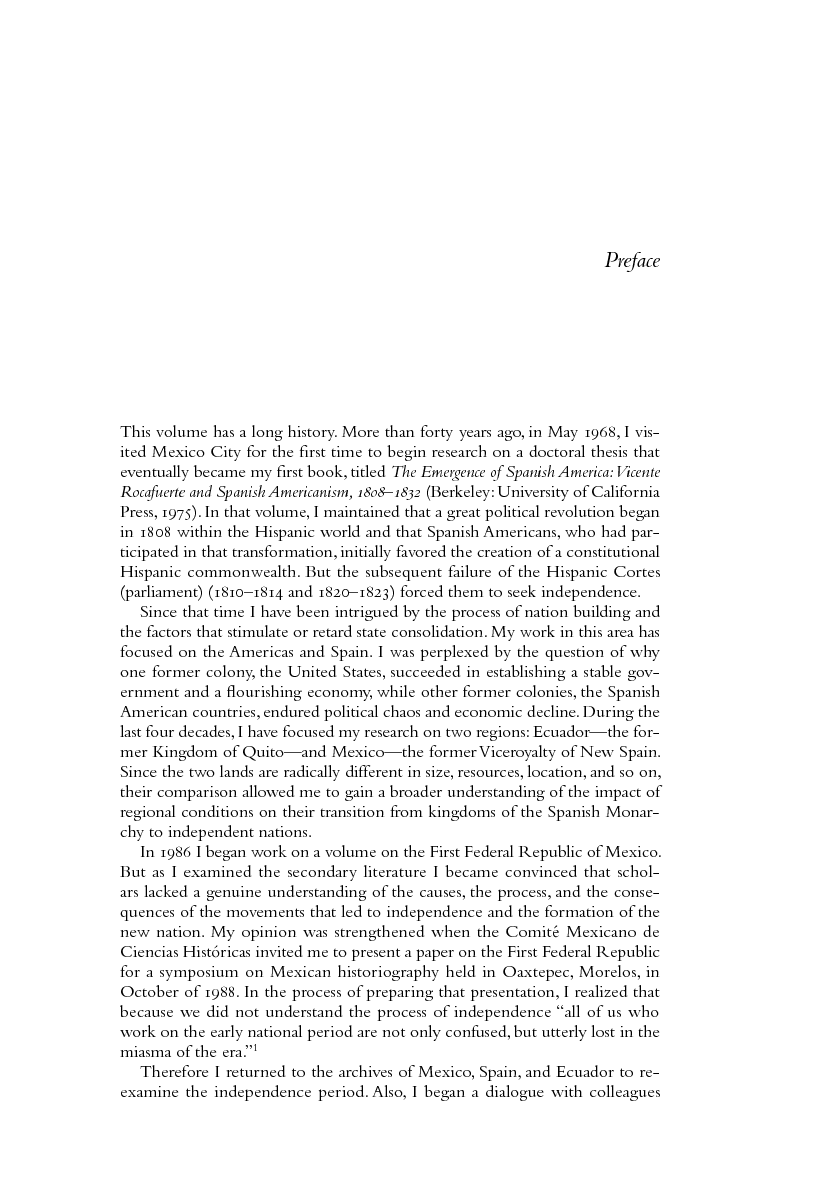 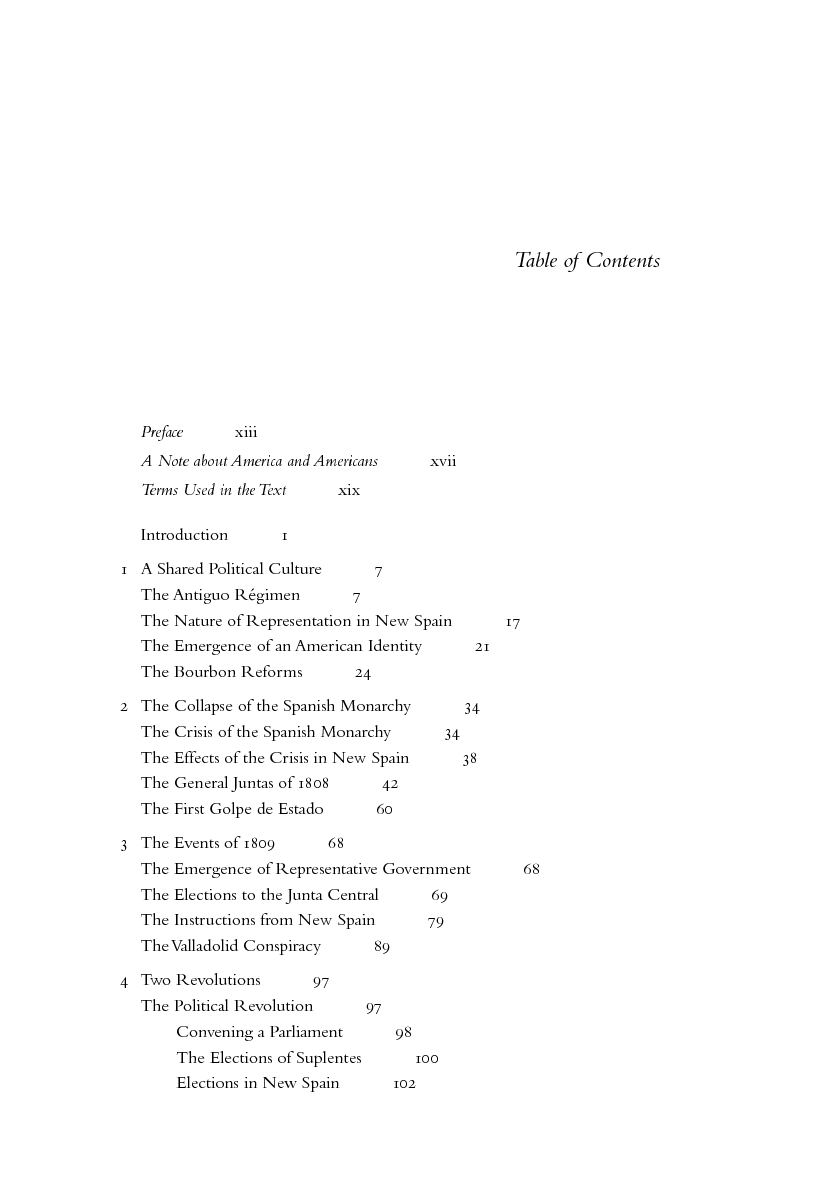