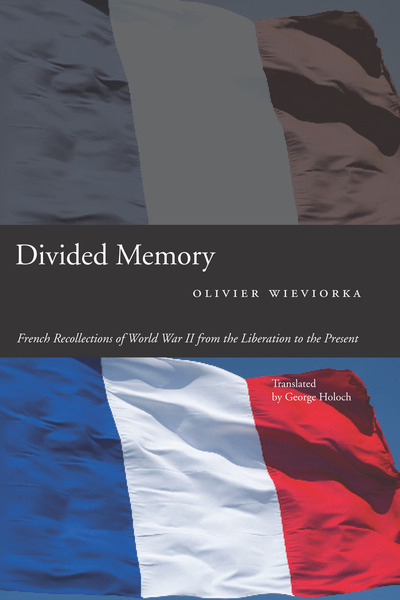 France's experience of World War II was not primarily one of armed conflict, but rather of occupation, collaboration, resistance, and persecution. Since the end of the war, France has struggled with how to understand and remember that experience. In Divided Memory, Olivier Wieviorka recounts the role that the memory of the Occupation and the Resistance has played in shaping the sense of the past held by various segments of French society. He explores the way in which memory can focus political and social conflict. Each administration since the war has taken a different approach to responding to these memories and has attempted to steer public opinion through them. Charles de Gaulle tried to overwrite Vichy's collaboration by promoting the story of a French military victory over Germany. Others focused on memorializing victims or attempted to forget this painful time altogether. Wieviorka shows that, disparate as they are, none of these approaches have worked, and France remains divided by its memories of resistance and collaboration.

Olivier Wieviorka is Professor at the Institute of Political Social Sciences of the Ecole Normale Supérieure de Cachan. His books previously published in English include: Normandy. The Landings to the Liberation of Paris (2008) and Orphans of the Republic? The Nation's Legislators in Vichy France (2009).

"Olivier Wieviorka accomplishes a staggering amount in the 179 pages that constitute Divided Memory: French Recollections of World War II from Liberation to the Present. Indeed, one cannot help but be awed by the efficiency of this accomplished historian. He is in control of his sources and his narrative from the outset of the book, and presents a tight and compelling argument in each chapter and across the entire book. Scholars of modern French history, of World War II, and of the Shoah will find in Wieviorka's book not only a valuable synthesis of current historiographical and theoretical impulses, but an eminently usable and accessible classroom resource."

"Wieviorka's analysis will interest anyone curious about the contested nature of memory in postwar France and the role of politics in shaping it. Summing Up: Recommended."

"Wieviorka's well-researched and cogently written book is a solid addition to the analysis of the way the French remember their experiences during World War II . . . Wieviorka analyzes in depth the evolution of national commemoration days, memorials, museums, plaques, and the like. He traces with care the various political voices in the battles over how and what to remember . . . [I]t serves to add much-needed contour to the studies that have preceded it."

"America's sense of nation is very strong today. French feelings about France and Frenchness, Wieviorka very successfully explains, are much more introspective and divided. This learned, pithy book is the best treatment I have seen of the phases through which France's memory of the Second World War has traveled to reach its current, complicated, and debilitated form. Americans reading this book in the disconcerting context of politically divisive memories of Vietnam, Iraq, and Afghanistan will unfortunately find much food for thought."

"This excellent book is the first to tackle the multiple, overlapping, and conflicting memories of all aspects of wartime France: the fall of France, Vichy, the Occupation, the deportations, the Resistance, the purges, the trials and amnesties. Wieviorka weaves in rich and revealing comparisons with other countries and takes on the question of whom the French republic was to honor: French people in compulsory service for the German army? Jewish victims? Raoul Salan, at once Resistance hero and leader of a terrorist organization during the Algerian War?"

"Divided Memory is well written and clear (for which both the author and translator no doubt deserve credit), and the book is an outstanding guide to its subject for novices and specialists alike anyone interested in French history during the twentieth century or in the study of memory, in general or in relation to the Second World War in particular, will profit immensely from reading this study." 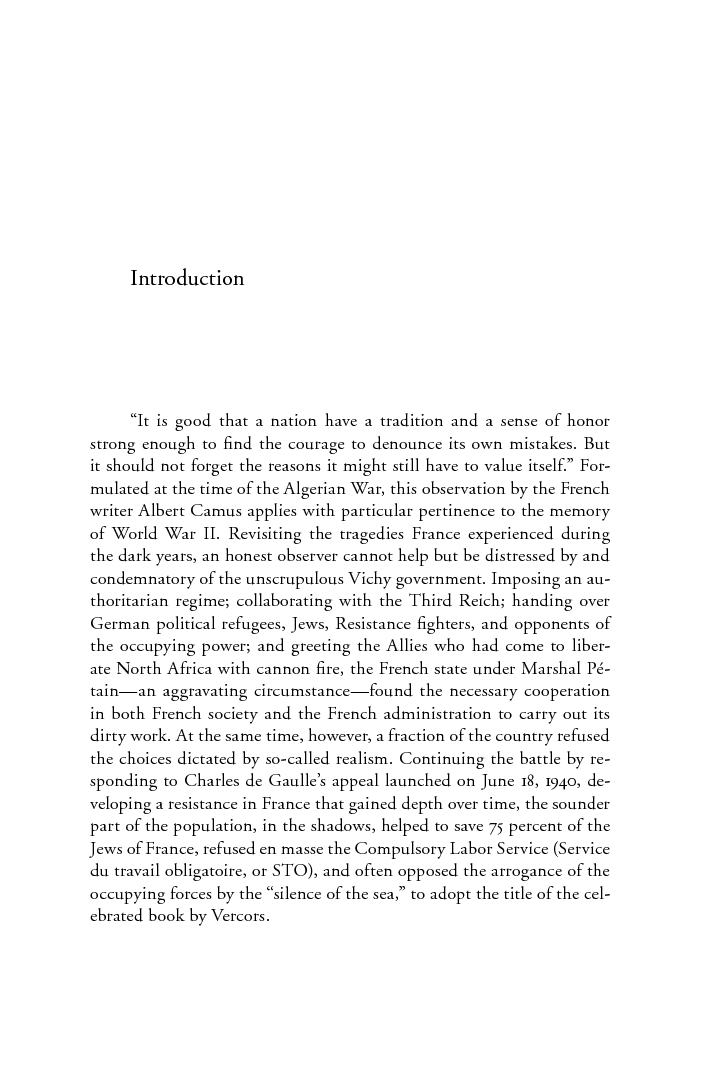 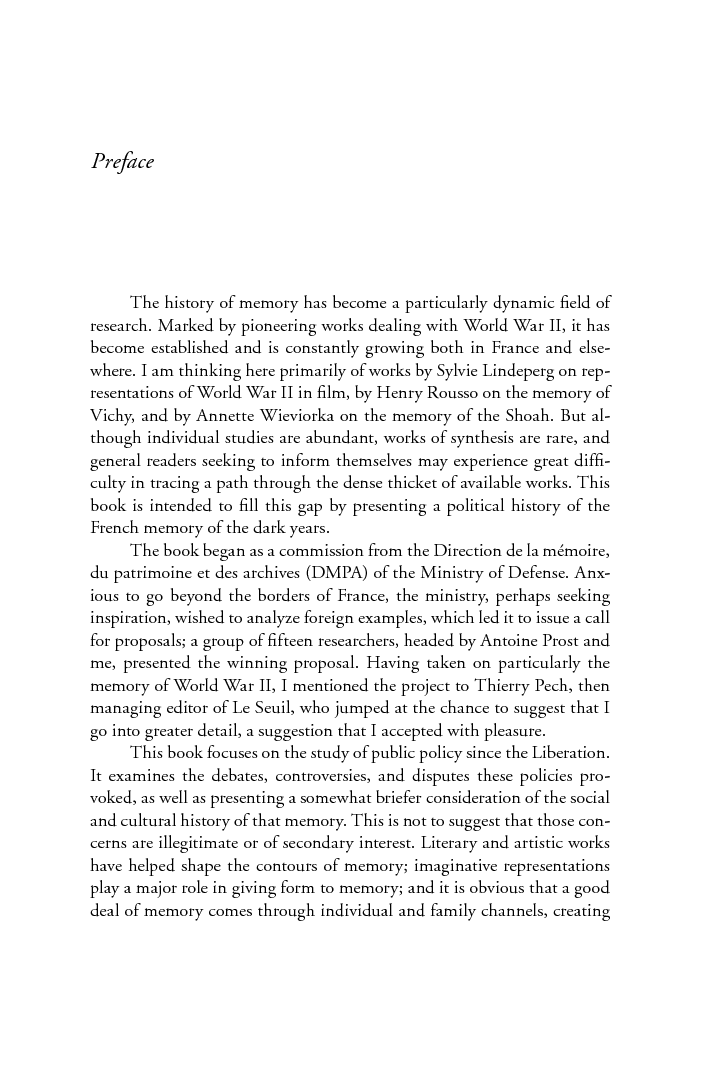 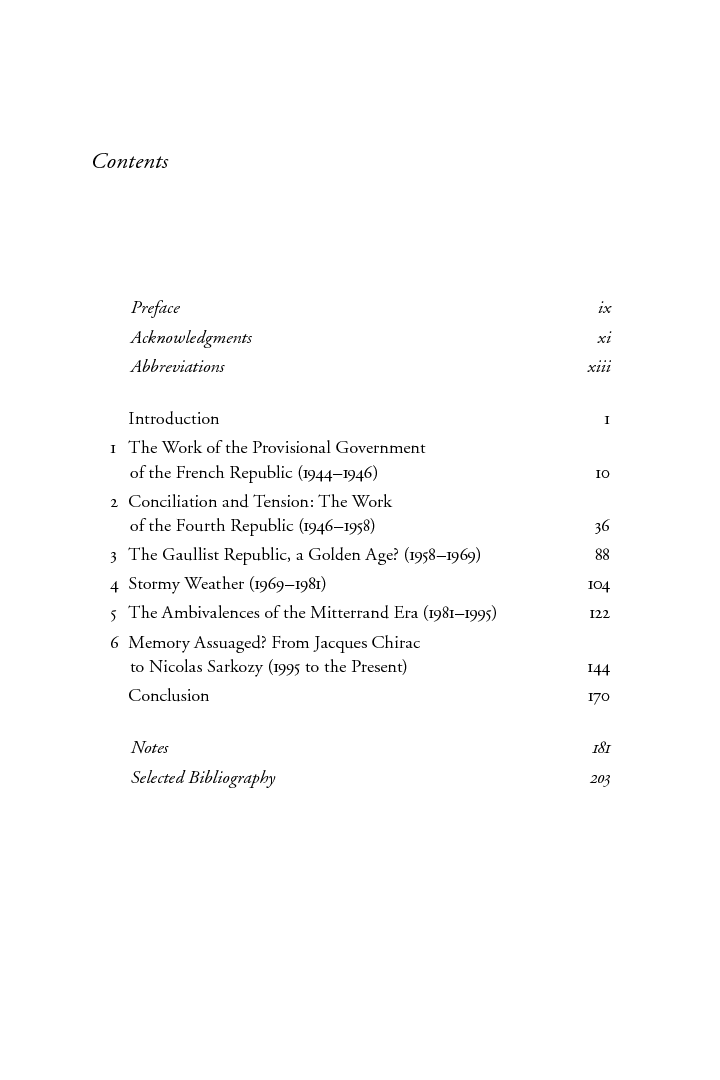