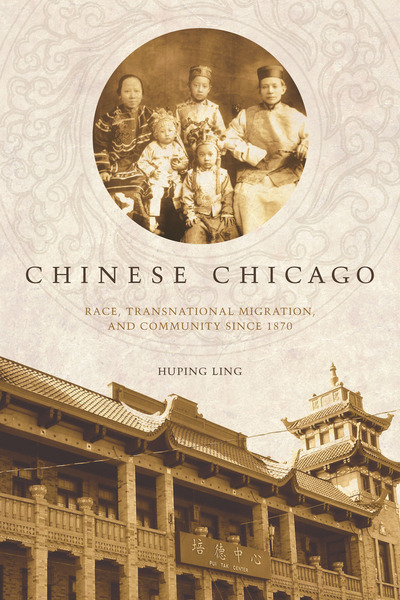 Numerous studies have documented the transnational experiences and local activities of Chinese immigrants in California and New York in the late nineteenth and early twentieth centuries. Less is known about the vibrant Chinese American community that developed at the same time in Chicago. In this sweeping account, Huping Ling offers the first comprehensive history of Chinese in Chicago, beginning with the arrival of the pioneering Moy brothers in the 1870s and continuing to the present.

Ling focuses on how race, transnational migration, and community have defined Chinese in Chicago. Drawing upon archival documents in English and Chinese, she charts how Chinese made a place for themselves among the multiethnic neighborhoods of Chicago, cultivating friendships with local authorities and consciously avoiding racial conflicts. Ling takes readers through the decades, exploring evolving family structures and relationships, the development of community organizations, and the operation of transnational businesses. She pays particular attention to the influential role of Chinese in Chicago's academic and intellectual communities and to the complex and conflicting relationships among today's more dispersed Chinese Americans in Chicago.

Huping Ling is Professor of History at Truman State University and Executive Editor for the Journal of Asian American Studies. She has published eleven books and over one hundred articles. Most recently, she coedited Asian American History and Culture: An Encyclopedia (2010).

"Much of what makes Chinese Chicago novel is its focus on the midwestern metropolis, but Ling also makes numerous contributions to our understanding of the Chinese American experience more broadly . . . Chinese Chicago is an excellent example of a transnational community study, which will appeal to most specialists and Chicago locals."

"By looking at individuals and clans as well as community organizations and relations with other racial and ethnic groups, Ling has provided new insights into the development and evolution of an American Chinese community. It is an extension of her interest in Mid-western Chinese as seen in her book on the Chinese in St. Louis, Missouri, but provides greater details and analyses and demonstrates that many of the older perceptions and generalizations about the Chinese in America are not valid. The general public; university students at all levels of study; and those interested in Asian American studies, ethnic and race relations, urban history, and Chinese history should read this excellent work."

"[Chinese Chicago] helps fill the gap of lack of studies on Chinese immigrants in the Midwest. The book thus makes an important contribution to research on Asian Americans in the Midwest and Chinese history in Illinois . . . With its attention to the divergent and convergent community dynamics and the meticulous details of individual daily lives, the book makes an interesting read and a valuable historical resource for Chinese immigrant lives in Chicago."

"In a meticulously researched and clearly written study, Huping Ling offers a remarkably comprehensive examination of Chinese settlement in Chicago spanning the mid-nineteenth to the late twentieth century."

"This book is an informative and fascinating read. Richly textured details are skillfully drawn against a larger backdrop. Vivid descriptions of architecture and family and community life give the flavor of neighborhoods. . . It tells a complex, coherent story that is at once about Chicago and about the world its Chinese inhabitants left to help build the city, even as they remained connected to China."

"A unique and valuable study, sure to deepen our understanding of extra-national migratory studies in the development of modernity."

"Huping Ling, a prolific and leading scholar of Chinese America, gives us yet another refreshingly exciting book. An excellent community study, it offers fascinating stories about various aspects of Chinese America life in the community, ranging from food, laundry-shop work, school life, and family life in late nineteenth- and early twentieth-century Chicago. The book situates these stories in larger contexts, specially the Chinese American transnational world, providing extraordinary insights into the connection between the local and the global. It also connects the past to the present by taking an in-depth look at the post-war forces that have transformed and continue to transform Chinese Chicago."

"An insightful interpretation of Chinese community as an integral part of a multiethnic Chicago, Ling's book is a landmark addition to the growing Chinese American transnational historiography."

—Haiming Liu, author of The Transnational History of a Chinese Family 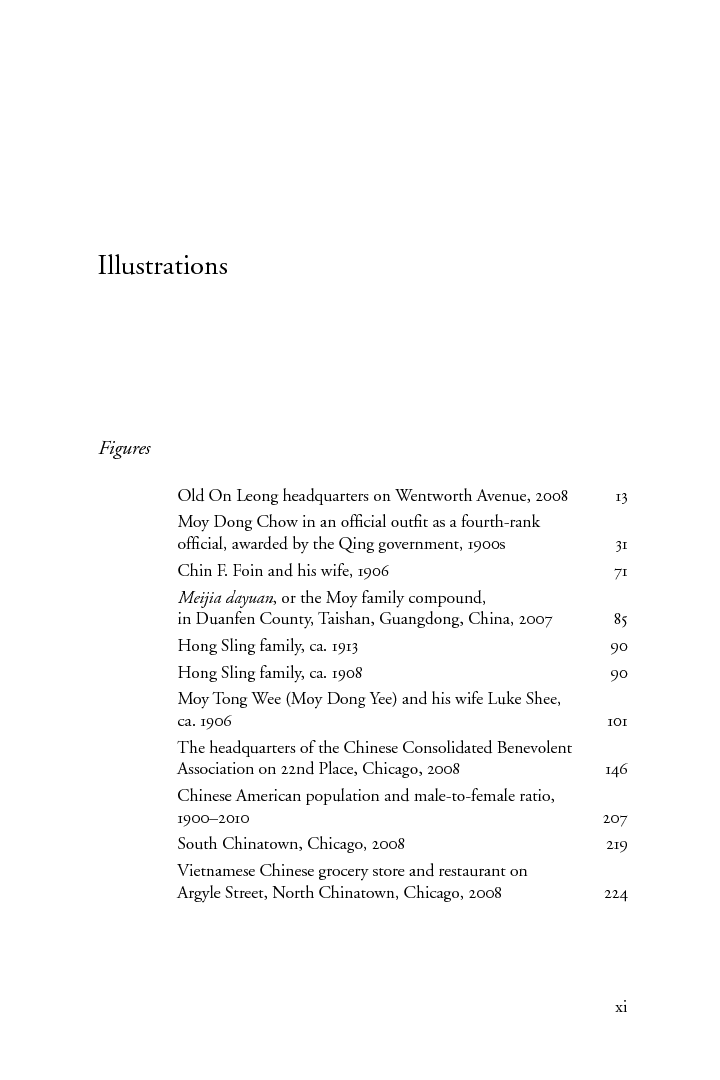 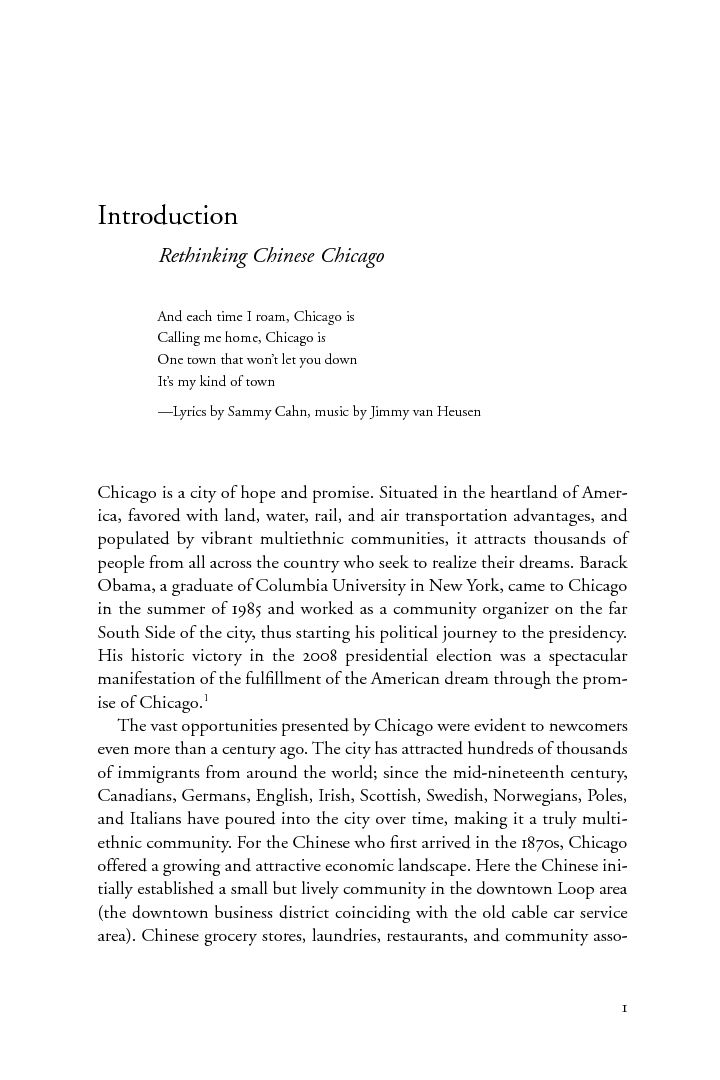 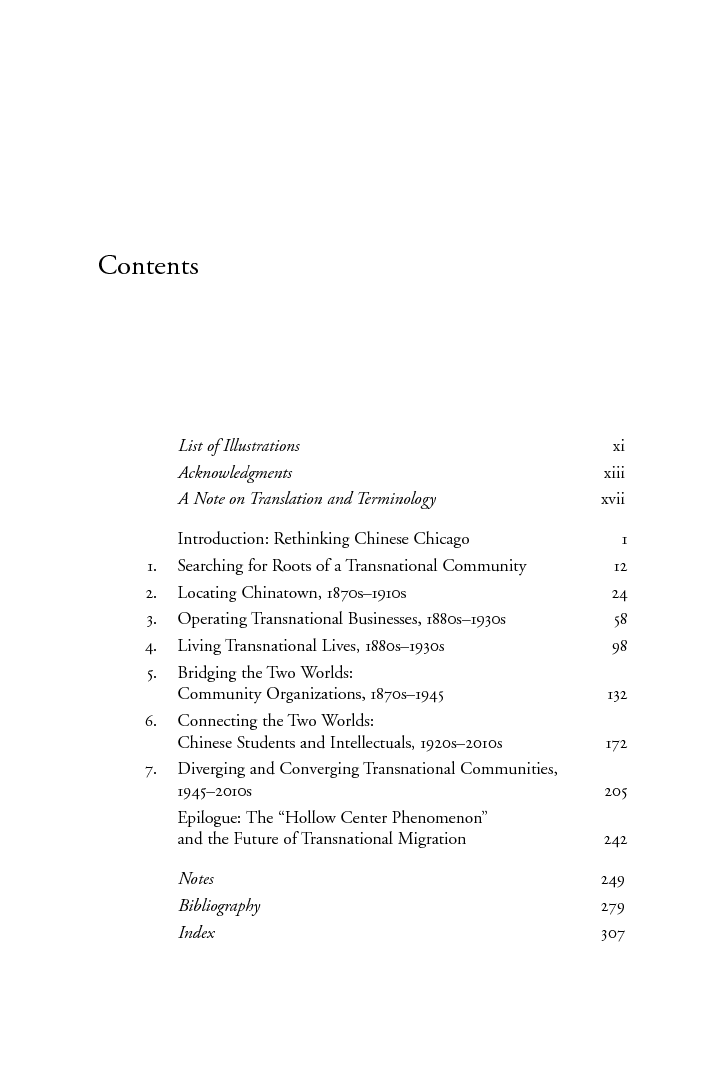