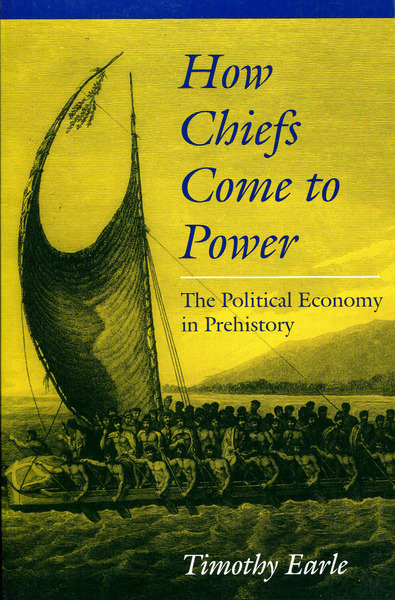 By studying chiefdoms—kin-based societies in which a person’s place in a kinship system determines his or her social status and political position—this book addresses several fundamental questions concerning the nature of political power and the evolution of sociopolitical complexity. In a chiefdom, the highest-status male (first son by the first wife) holds both authority and special access to economic, military, and ideological power, and others derive privilege from their positions in the chiefly hierarchy.

A chiefdom is also a regional polity with institutional governance and some social stratification organizing a population of a few thousand to tens of thousands of people. The author argues that the fundamental dynamics of chiefdoms are essentially the same as those of states, and that the origin of states is to be understood in the emergence and development of chiefdoms. The history of chiefdoms documents the evolutionary trajectories that resulted, in some situations, in the institutionalization of broad-scale, politically centralized societies and, in others, in highly fragmented and unstable regions of competitive polities. Understanding the dynamics of chiefly society, the author asserts, offers an essential view into the historical background of the modern world.

Three cases on which the author has conducted extensive field research are used to develop the book’s arguments—Denmark during the Neolithic and Early Bronze Ages (2300-1300 b.c.), the high Andes of Peru from the early chiefdoms through the Inka conquest (a.d. 500-1534), and Hawaii from early in its settlement to its incorporation in the world economy (a.d. 800-1824). Rather than deal with each case separately, the author presents an integrated discussion around the different power sources. After summarizing the cultural history of the three societies over a thousand years, he considers the sources of chiefly power and how these sources were linked together. The ultimate aim of the book is to determine how chiefs came to power and the implications that contrasting paths to power had for the evolutionary trajectories of societies. It attributes particular importance to the way different power bases were bound together and grounded in the political economy.

Timothy Earle is Professor of Anthropology at Northwestern University. He is the author (with Allen W. Johnson) of The Evolution of Human Societies: From Foraging Group to Agrarian State (Stanford, 1987), and the editor of Chiefdoms: Power, Economy, and Ideology.

"This concise and elegantly written book examines how chiefs develop and maintain political power in prestate complex societies, or what anthropologists commonly refer to as chiefdoms. . . . [It] is path-breaking in its sophisticated dissection of the relationship between ideology and other sources of power that narrows the gap between cultural evolutionary, Marxist, symbolic, and human agency theories of complex society development."

—The Annals of the American Academy of Political & Social Sciences

"In the present volume, Earle weaves together variation and pattern to bring us the very best of anthropology. . . . [Earle's] latest work is a powerful synthesis of theory and data that leaves us with both a better understanding of the political economy of chiefdoms and a solid foundation for future research into critical questions about the origins and maintenance of centralized polities and systems of social control."