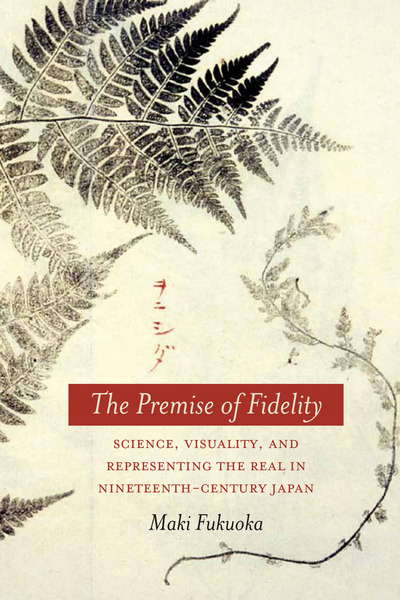 The Premise of Fidelity
Science, Visuality, and Representing the Real in Nineteenth-Century Japan
Maki Fukuoka

The Premise of Fidelity puts forward a new history of Japanese visuality through an examination of the discourses and practices surrounding the nineteenth century transposition of "the real" in the decades before photography was introduced. This intellectual history is informed by a careful examination of a network of local scholars—from physicians to farmers to bureaucrats—known as Shōhyaku-sha. In their archival materials, these scholars used the term shashin (which would, years later, come to signify "photography" in Japanese) in a wide variety of medical, botanical, and pictorial practices. These scholars pursued questions of the relationship between what they observed and what they believed they knew, in the process investigating scientific ideas and practices by obsessively naming and classifying, and then rendering through highly accurate illustration, the objects of their study.

This book is an exploration of the process by which the Shōhyaku-sha shaped the concept of shashin. As such, it disrupts the dominant narratives of photography, art, and science in Japan, providing a prehistory of Japanese photography that requires the accepted history of the discipline to be rewritten.

Maki Fukuoka is assistant professor of Japanese Humanities in the Department of Asian Languages and Cultures, University of Michigan.

"[The Premise of Fidelity] contributes substantially to our understanding both why and how the Japanese adopted from Europeans several new approaches to perceiving and comprehending the natural world . . . [The book] deserves a careful read by anybody interested in the broad range of disciplines it traverses, and it provides a model for transdisciplinary studies to come. It is a book that promises a long-term impact based on it's originality of vision, and thorough archival research [...]"

"The Premise of Fidelity is thoroughly researched and written clearly and eloquently. It will prove an invaluable resource for anyone interested in Japanese art history, Japanese intellectual history, medical history, and the visual culture of the Edo and Meiji periods, history of photography, and transnational studies. Given the recent growth in appreciation of interdisciplinary research and visual culture, Fukuoka has written a pioneering book."

"This book makes a major contribution to the history of art, science, and medicine in Japan by examining botanical illustration in the nineteenth century. It helps us understand how Japanese scholars at the time explored the relationship between seeing and knowing nature . . . This sophisticated study will be essential reading for historians who wish to go beyond simplistic narratives regarding the introduction of Western art, science, and medicine in Japan."

"This well-researched book creatively weaves together material from a number of fields, including intellectual history, science (particularly medicine and botany), and visual studies. Fukuoka successfully situates this rich material within a broader social and cultural history while also engaging in a narrowly focused and detailed analysis of specific texts and visual objects. By untangling the complex nuances inherent in shashin, her study ultimately positions the early history of Japanese photography within its own sociocultural nexus as a development of specific local cultural practices pertaining to visual representation, rather than perpetuating the idea of photography as a form of visuality imposed of Japan by the West. This is a seminal work that will be of great interest to a wide range of scholars."

"Fukuoka has done a great work in synthesizing a variety of sources to convincingly argue for a more nuanced and multivalent understanding of 'shashin' among the late Edo intelligentsia. She has successfully put forward a case, especially in the last chapter, that rescues the term from being merely another cultural import within a unidirectional process of modernization and technological transfer. This piece of scholarship is according highly commended for developing a more sophisticated understanding of pre-Meiji intellectual culture."

"There are many optical wonders in Maki Fukuoka's new book . . . This fundamentally trans-disciplinary book offers much of interest to historians of East Asia, of science, and of art: histories of public exhibitions, of natural history, of photography, of anatomical dissection, of translation and typography, and much more can be found within the pages of The Premise of Fidelity."

"This book is a must for anyone interested in the intellectual and conceptual roots of the photographic pratice in Japan. It is so well written that I read it like a thriller—the complex plot is revealed in every chapter as Fukuoka follows, step by step, the different characters and their deeds as their actions influenced the conceptual future of photography as a medium in Japan."

"This highly original work opens a window into the world of early Japanese botanical drawings, ink-rubbings, woodblock prints, and modern photography to show the dynamic connections between art, science, and medicine in nineteenth-century Japan."

"A major contribution to visual and intellectual studies of nineteenth-century Japan."

—Luke Gartlan, Lecturer in the History of Photography, University of St. Andrews

"The Premise of Fidelity analyzes a field that has barely been considered in Western-language materials before, but the text does not, on this account, restrict itself to an introductory treatment. Rather, it leads the reader at once into serious and important topics relating to truth and the ability of scholars to grasp, and then to represent, this. Its particularizing features lie in the author considering an area in which results are crucial, namely medicine, and a time when the stabilizing pillars of Japanese intellectual life were starting to shake, through contact with Europe."

—Timon Screech, Professor of the History of Art, SOAS, University of London 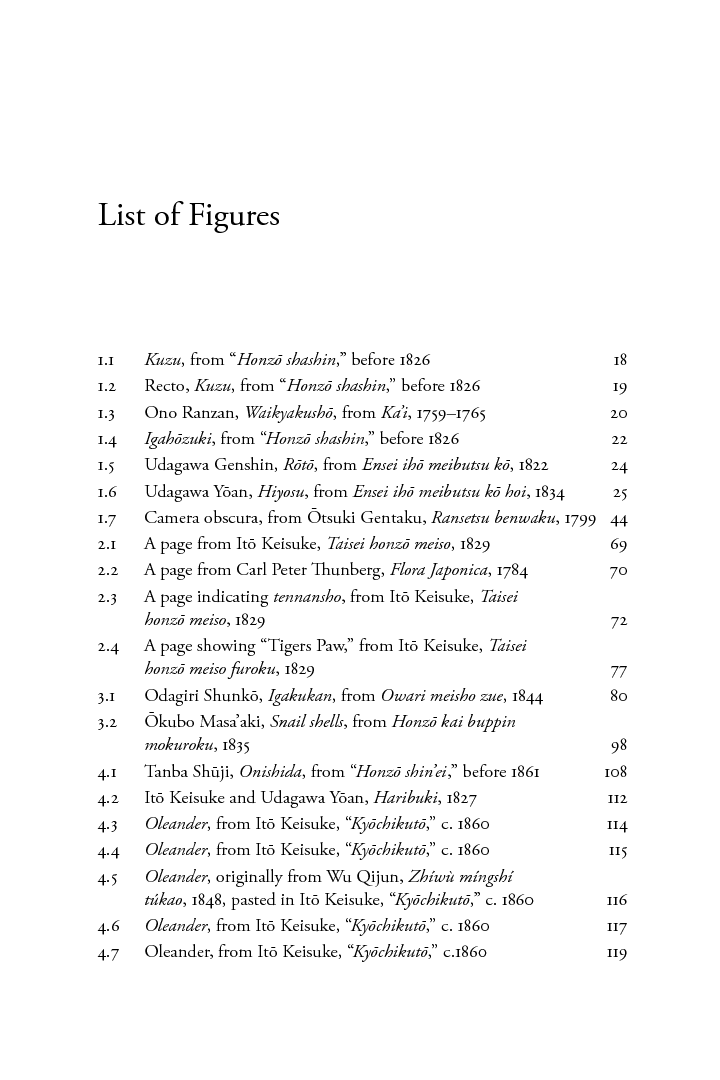 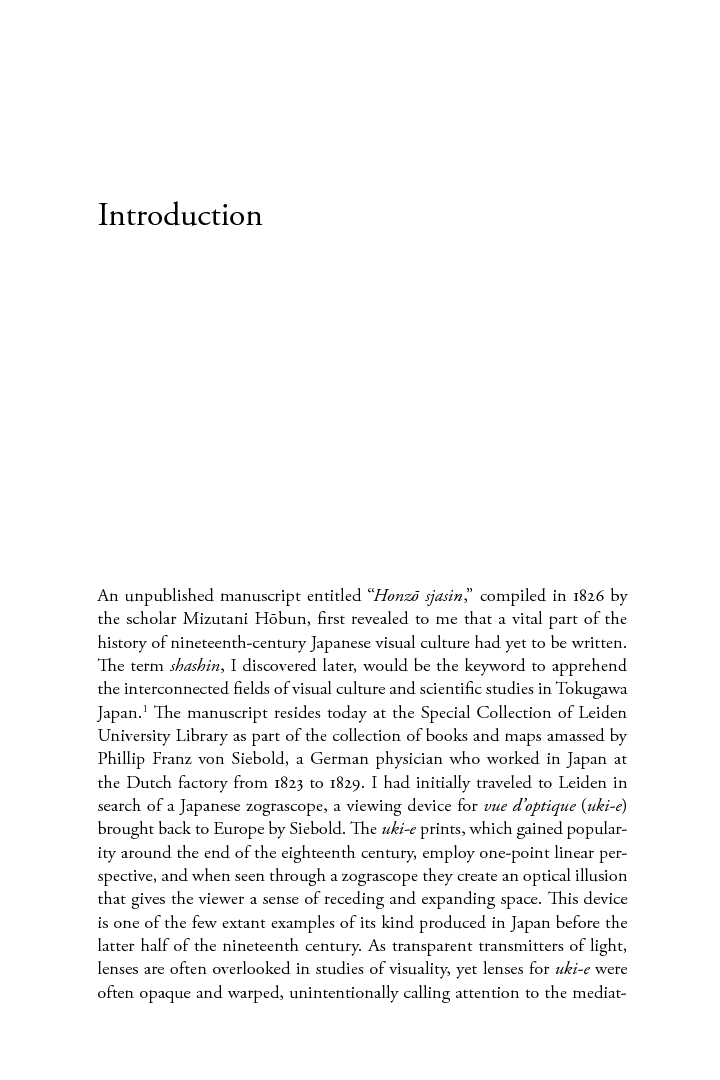 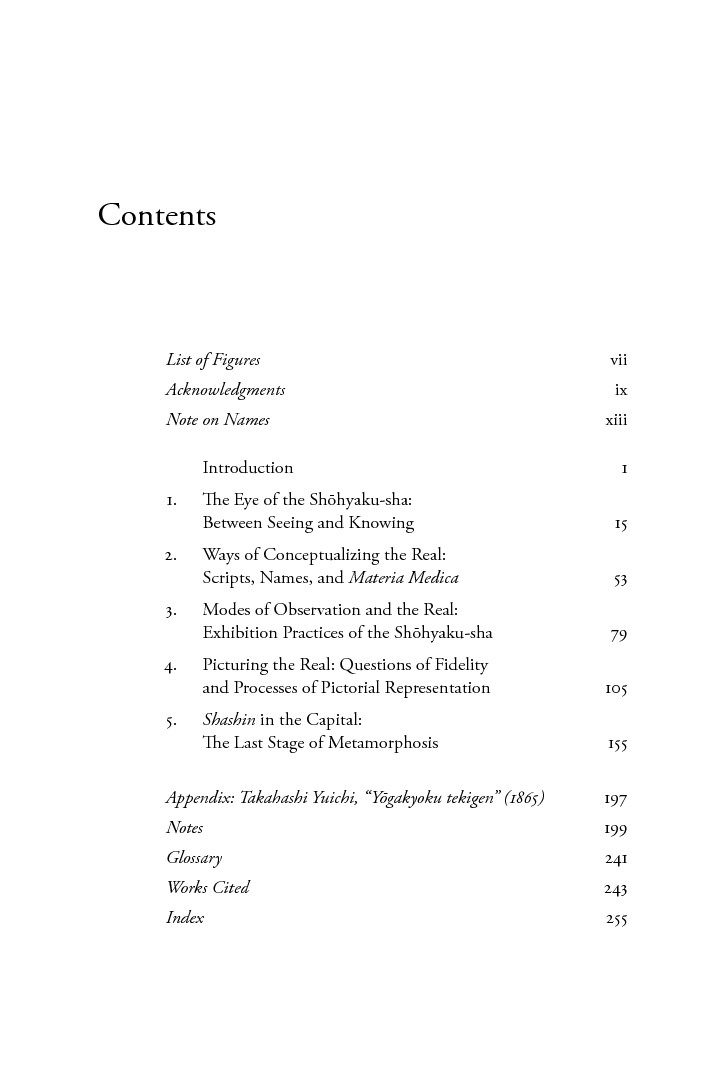