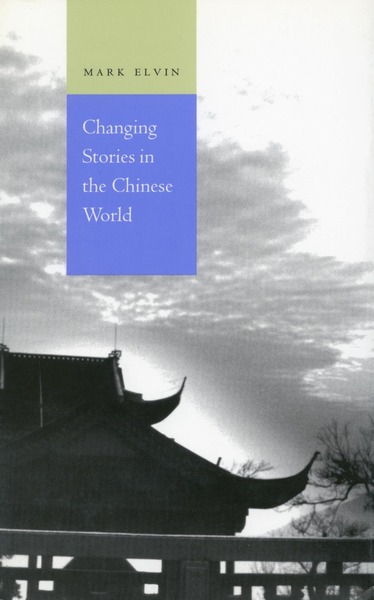 This book is an innovative attempt to convey something of how it has felt since the early nineteenth century to be Chinese. It is based on the assumption that people live their lives in stories, or as if they themselves were in stories—stories that are largely a social inheritance but are also in some measure self-created or at least continually adapted, edited, or extended.

The author describes and interprets some of the most important stories through which the Chinese have lived their lives in the last two hundred years and their understanding of them. He shows how largely forgotten works of popular literature, novels and poems in particular, can admit the reader to a number of different emotional worlds. Together they suggest that there is no such thing as the Chinese story, let alone mind, but rather a historical palimpsest of extraordinary and often internally contradictory complexity.

The book begins with an examination of Li Ruzhen's Destinies of the Flowers in the Mirror, which reveals a microcosm of the educated Chinese world predating major Western influences. Balancing this emphasis on the elite are the poems collected by Zhang Yingchang in Our Dynasty's Bell of Poesy, which portray the universe of peasants, women, artisans, soldiers, and prisoners.

A bestseller of the 1930's, Tides in the Human Sea, shows the 'crisis of absurdity' that arises when feelings no longer coincide with inherited patterns of behavior as modernization begins to take hold. Hao Ran's Children of the Western Sands, a popular Communist work of the early 1970's, allows us to be drawn into at least a momentary empathy with the idealism of the Maoist faithful.

Almost as different as can be imagined is The Bastard, by Sima Zhongyuan, one of Taiwan's most widely read writers. Its characters interpret the Communist revolution in terms derived from traditional Chinese religion, as a deserved punishment inflicted on the Chinese for the filthy impropriety of their sexual conduct.

The final work considered is a book of essays, A Commonplace Fellow, by Yuan Ze'nan, a Chinese-American writer who has reached the point where his Chineseness has all but vanished, and who is consciously exploring its disappearance.

Mark Elvin is Professor of Chinese History at the Institute of Advanced Studies, Australian National University, and the author of The Pattern of the Chinese Past (Stanford, 1973).