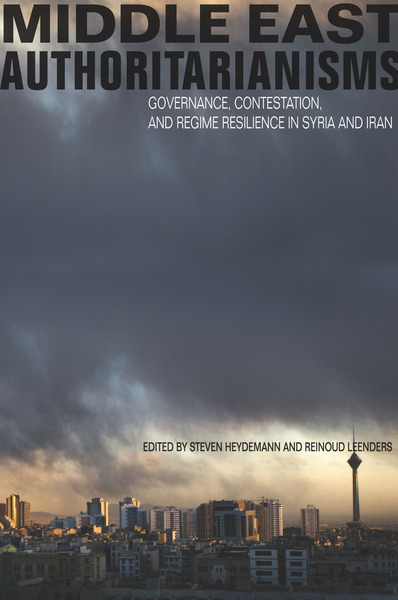 The developments of early 2011 changes the political landscape of the Middle East. But even as urgent struggles continue, it remains clear that authoritarianism will survive this transformational moment. The study of authoritarian governance, therefore, remains essential for our understanding of the political dynamics and inner workings of regimes across the region.

This volume considers the Syrian and Iranian regimes—what they share in common and what distinguishes them. Too frequently, authoritarianism has been assumed to be a generic descriptor of the region and differences among regimes have been overlooked. But as the political trajectories of Middle Eastern states diverge in years ahead, with some perhaps consolidating democratic gains while others remaining under distinct and resilient forms of authoritarian rule, understanding variations in modes of authoritarian governance and the attributes that promote regime resilience becomes an increasingly urgent priority.

Steven Heydemann is Senior Adviser for Middle East Initiatives at the United States Institute of Peace and Research Associate Professor at Georgetown University.

Reinoud Leenders is Reader in International Relations and Middle East Studies in the Department of War Studies at King's College London.

"This book provides unparalleled insight into how the Syrian and Iranian regimes use economic, social welfare, judicial, and cultural policies to maintain their rule. The parallel analysis of the Middle East's most secular and most religious authoritarian regimes shows how much better we can understand Iran when we consider it as an authoritarian regime like many others, not a sui generis Islamic government."

"Whether or not the Syrian regime will ultimately be as 'successful' in repressing large scale contestation as its Iranian counterpart has been, the near future trajectories of both countries will differ substantially from other Middle Eastern countries where more participatory forms of government are emerging. This volume illustrates the limits and complexities of current political change in the Middle East. It is a major contribution to contemporary debates about the resilience and adaptability of authoritarian rule, built on impressive empirical evidence and the systematic comparison of Iran and Syria." 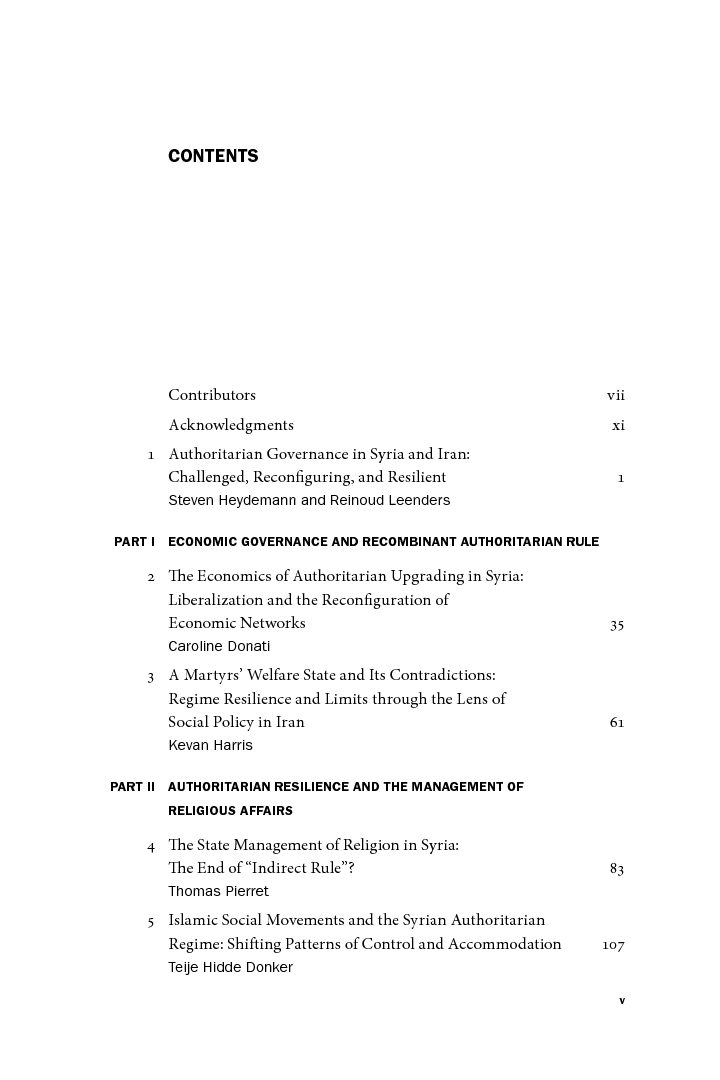 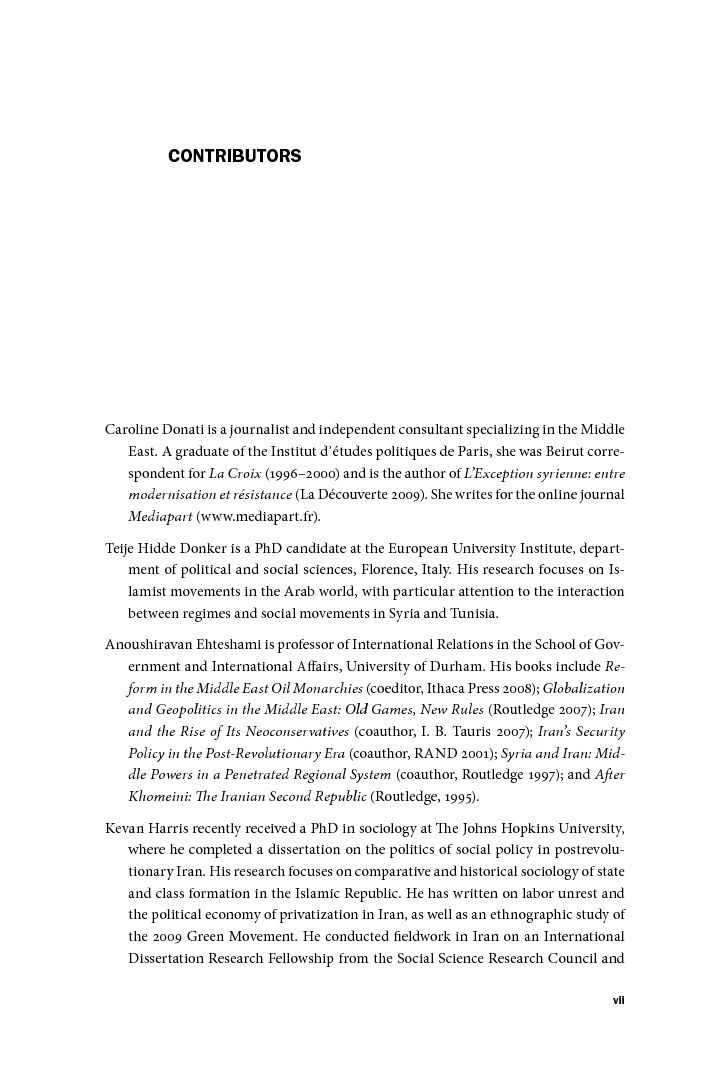 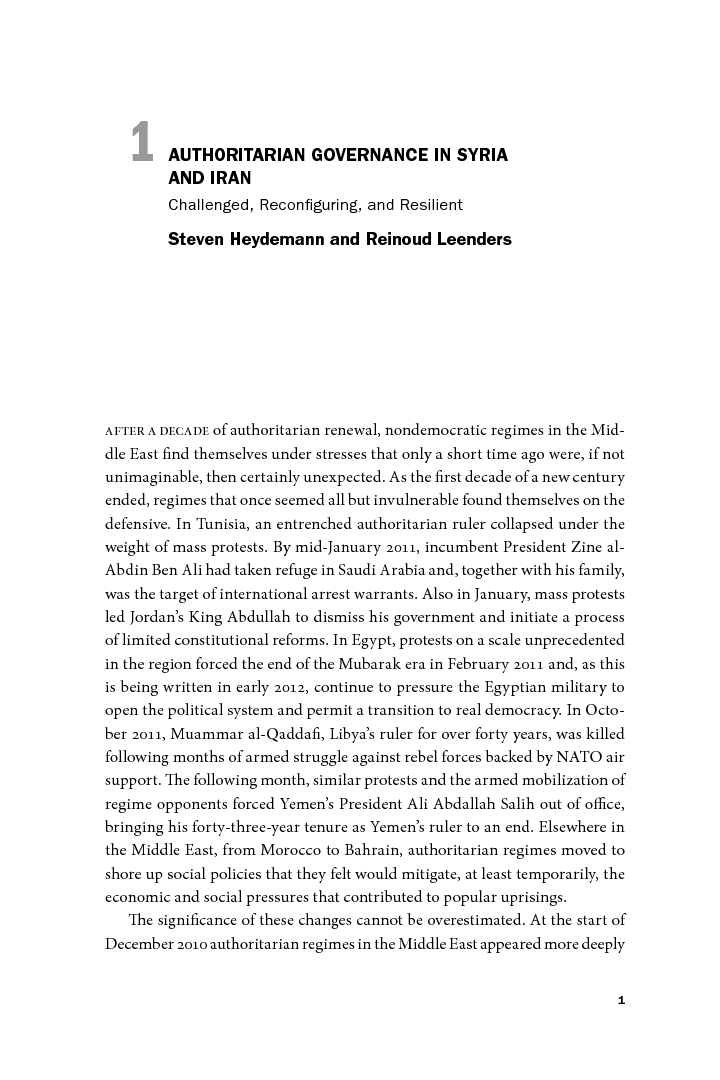