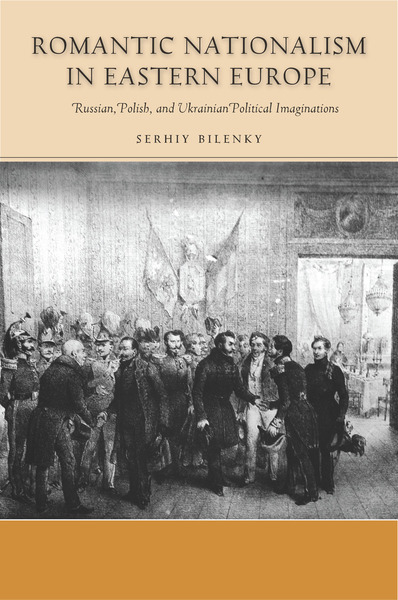 This book explores the political imagination of Eastern Europe in the 1830s and 1840s, when Polish, Russian, and Ukrainian intellectuals came to identify themselves as belonging to communities known as nations or nationalities. Bilenky approaches this topic from a transnational perspective, revealing the ways in which modern Russian, Polish, and Ukrainian nationalities were formed and refashioned through the challenges they presented to one another, both as neighboring communities and as minorities within a given community. Further, all three nations defined themselves as a result of their interactions with the Russian and Austrian empires. Fueled by the Romantic search for national roots, they developed a number of separate yet often overlapping and inclusive senses of national identity, thereby producing myriad versions of Russianness, Polishness, and Ukrainianness.

Serhiy Bilenky is Term Assistant Professor of History, Columbia University, and a Fellow at the Chair of Ukrainian Studies, University of Toronto. His Mykhailo Maksymovych and Educational Practices in Right-Bank Ukraine in the First Half of the Nineteenth Century was published in Ukrainian in 1999.

"The knowledge of the author is immense and the supranational approach is only to be welcomed, as it permits us to reach conclusions that would be lost on us if we confined our analysis to each culture separately . . . Bilenky has brought to the readers' attention numerous historical personalities that were hitherto treated rather marginally by researchers. He offers us much material for reflection, plenty of useful information, and the book broadens the horizons of its readers. It poses questions that are central not only for the history of the three national movements it analyses, but also for the development of European national ideologies in general."

"Altogether, the book is a welcome addition to scholarship on Eastern Europe. It is both significant and praiseworthy that a study of the 'geographical imagination' of the three largest nations of the region has been written by a scholar of Ukrainian background. It signals an interpretive change and calls for readjustment of many works on Russia and Poland that have not taken the rise of the Ukrainian nationality into account."

"His treatment of various 'political imaginations' about the nations concerned is broad, indeed, encyclopedic, and covers a great many authors."

"In this stimulating study, Serhiy Bilenky explores the mapping and representation of national communities by Russians, Poles, and Ukrainians in the Russian Empire in the 1830s and 1840s. . . . Bilenky has performed a great service in systematizing East European romantic nationalist thought and providing a comparative framework for exploring it. . . . This should become essential reading for both historians and literary scholars of nineteenth-century Russia, Ukraine, Poland, as well as researchers interested in Romantic nationalism and East European intellectual history more generally."

"This dense but rewarding intellectual history should be required reading for those interested in the nation-building of any or all of the three nations in question: Polish, Russian, and Ukranian. . . The strength of this book lies in its comparative nature. .The quotations given throughout this intellectual history are rich and revealing."

"This book ambitiously aims to describe and juxtapose three early discourses of nation in east-central Europe. [B]ilenky provides an excellent overview of visions of nations in this early period, mainly in the Russian Empire. As a history of ideas, this book's strength is its analysis of these three national discourses together. . . Highly recommended."

"Serhiy Bilenky greatly enriches our understanding of Russian, Polish, and Ukrainian political imaginations by examining them during their formative period, the age of Romantic nationalism. With a nuanced use of mental geography (mapping imagined communities) and idioms of nationality (representing imagined communities), he distils the complex and contradictory visions held by intellectuals who took part in a Polish-Russian-Ukrainian encounter in the 1830s and 40s, when modern nations were forming in Eastern Europe. Through his judicious choice of voices and his emphasis on the dynamic interchange of the period, Bilenky broadens our vision beyond the bounds of more standard and static treatments of national ideologies."

"Serhiy Bilenky has written an excellent book in the notoriously difficult genre of comparative intellectual history, which requires encyclopedic erudition and inventiveness in organizing the material...[T]his is an up-to-date and neatly argued study of a crucial period in the development of Ukrainian, Polish, and Russian modern national platforms. Bilenky's excellent book makes an important contribution to the field; it will be of interest to a wide circle of historians, geographers, and literary scholars." 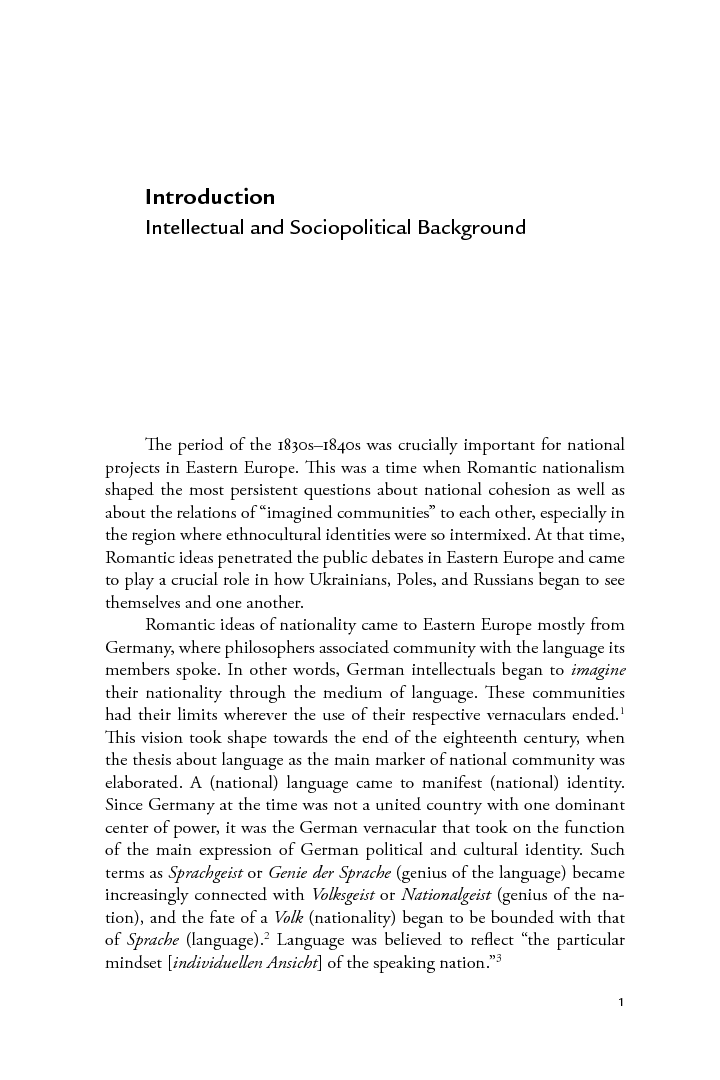 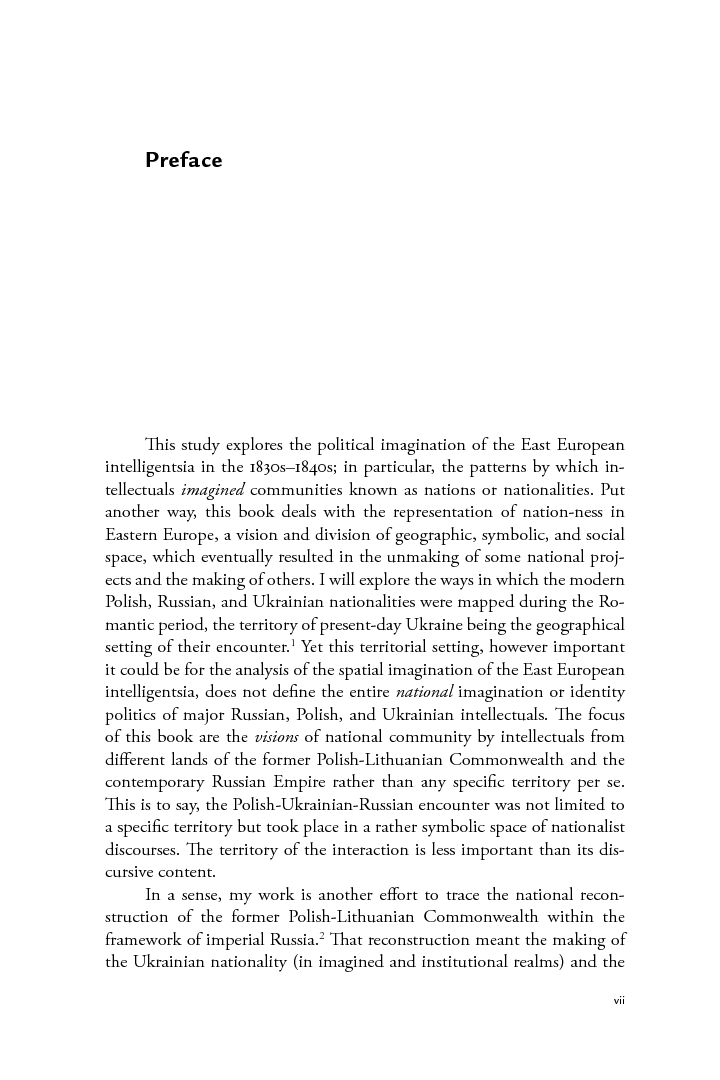 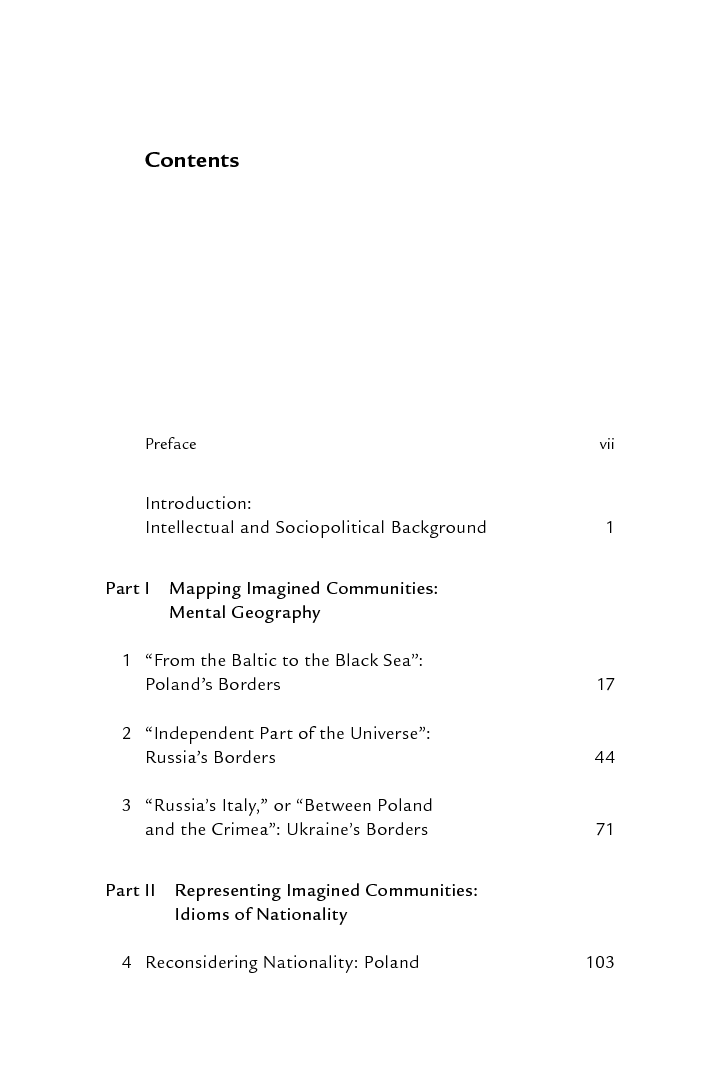