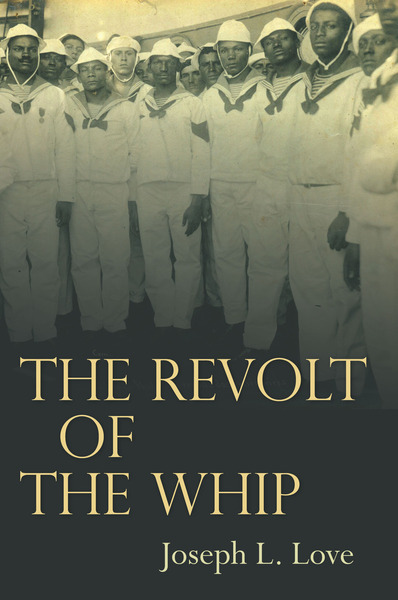 The Revolt of the Whip
Joseph L. Love

This short book brings to life a unique and spectacular set of events in Latin American history. In November 1910, shortly after the inauguration of Brazilian President Hermes da Fonseca, ordinary sailors killed several officers and seized control of major new combat vessels, including two of the most powerful battleships ever produced, and commenced bombing Rio de Janeiro. The mutineers, led by an Afro-Brazilian and mostly black themselves, demanded greater rights—above all the abolition of flogging in the Brazilian navy, the last Western navy to tolerate it. This form of torture was closely associated in the sailors' minds with slavery, which had only been prohibited in Brazil in 1888. These events and the scandals that followed initiated a sustained debate about the role of race and class in Brazilian society and the extent to which Brazil could claim to be a modern nation. The commemoration of the centenary of the mutiny in 2010 saw the country still divided about the meaning of the Revolt of the Whip.

Joseph L. Love directs the Lemann Institute of Brazilian Studies at the University of Illinois, where he is Professor Emeritus of History and former Director of the Center for Latin American and Caribbean Studies. He is the author of three previous books published by Stanford University Press.

"Historical research and writing on the revolt was stimulated by its centenary in 2010. Most of the resulting publications were written in Portuguese, so Joseph Love's book is valuable in providing the option of an English-language study . . . Love's short study is commendable in using a historical event to highlight the controversial issue of race relations in modern Brazil."

"Joseph L. Love, author of important works on the political history of Brazil's Old Republic (1889-1930), skillfully traces the social, political, and cultural context of the first decade of the twentieth century and Brazil's naval rearmament program that prompted the purchase of the two state-of-the-art warships from British shipyards. He provides compelling narratives of the November mutiny and the December revolt and carefully analyzes the issues of race and class that the mutiny cast into sharp relief—lower-class and mostly black sailors who removed their white officers and demonstrated their ability to handle the massive dreadnoughts (contrary to the prevailing scientific-racist wisdom)."

"Love offers more than a dramatic blow-by-blow narrative of [Brazil's 1910 Navy Revolt]; he deftly supplies a broader context that renders it newly intelligible."

"Based on thorough research in archives and on a careful rereading of the existing scholarship, the text offers original analyses and unveils new sources in an innovative way."

"This is a solid contribution to our understanding of color, class, and politics in Brazil's Old Republic, with clear implications for the ongoing debate on such matters in present-day Brazil. Because of the quality of the writing and the scholarship, it will become an enduring reference, one with potential to inspire continued work on class and political repression." 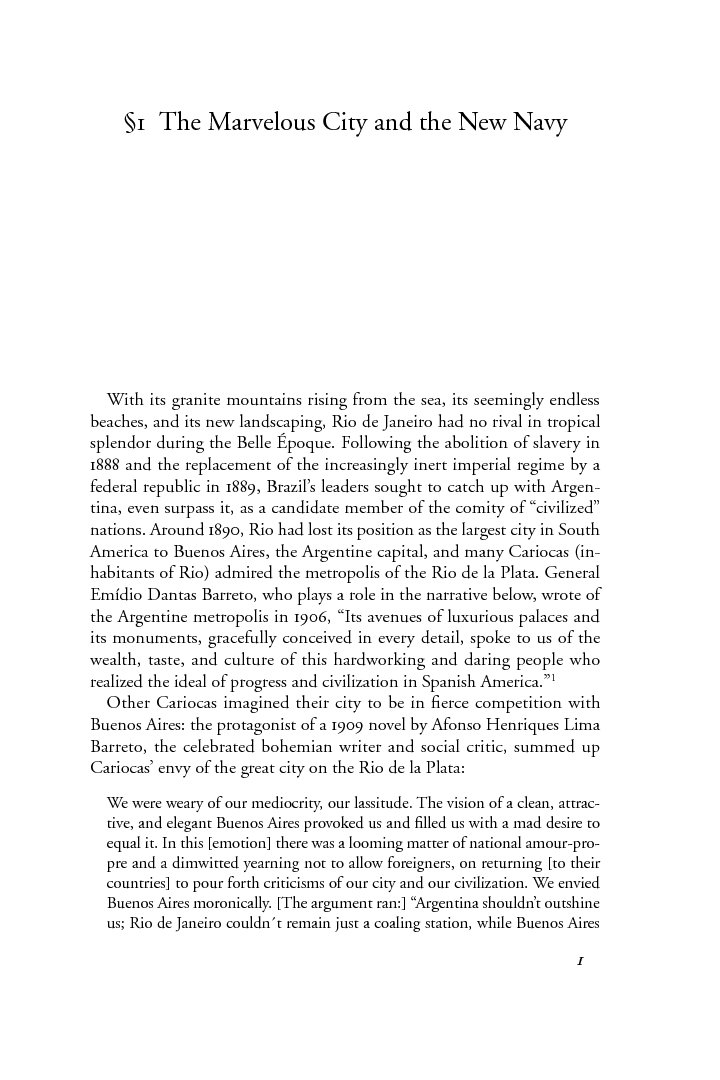 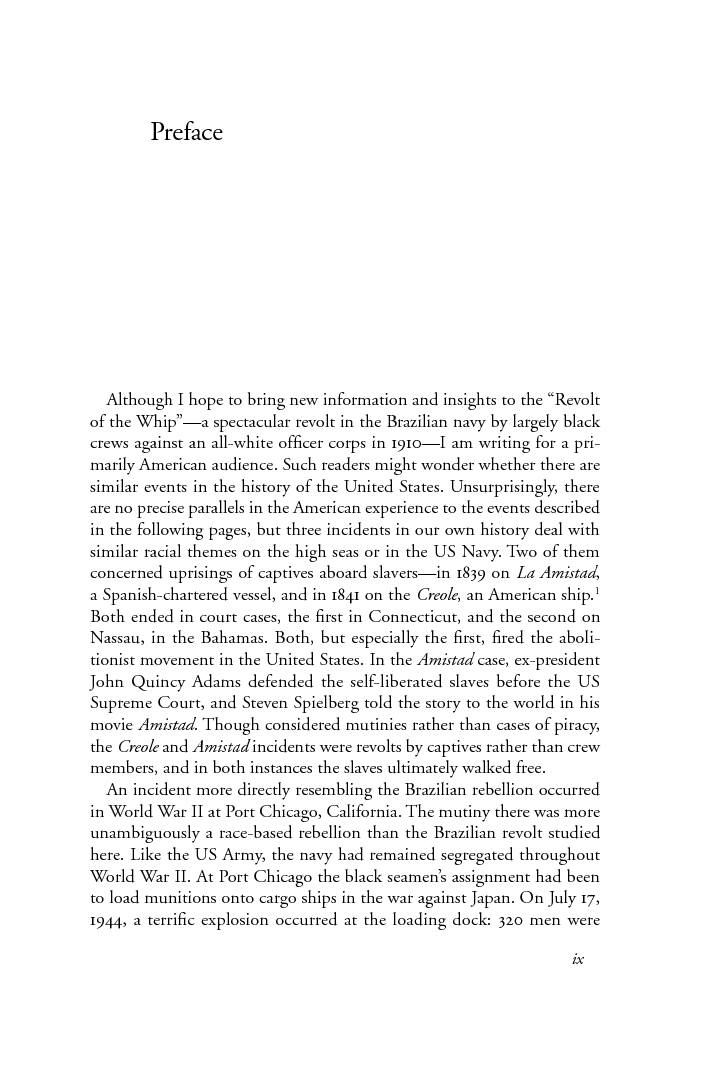 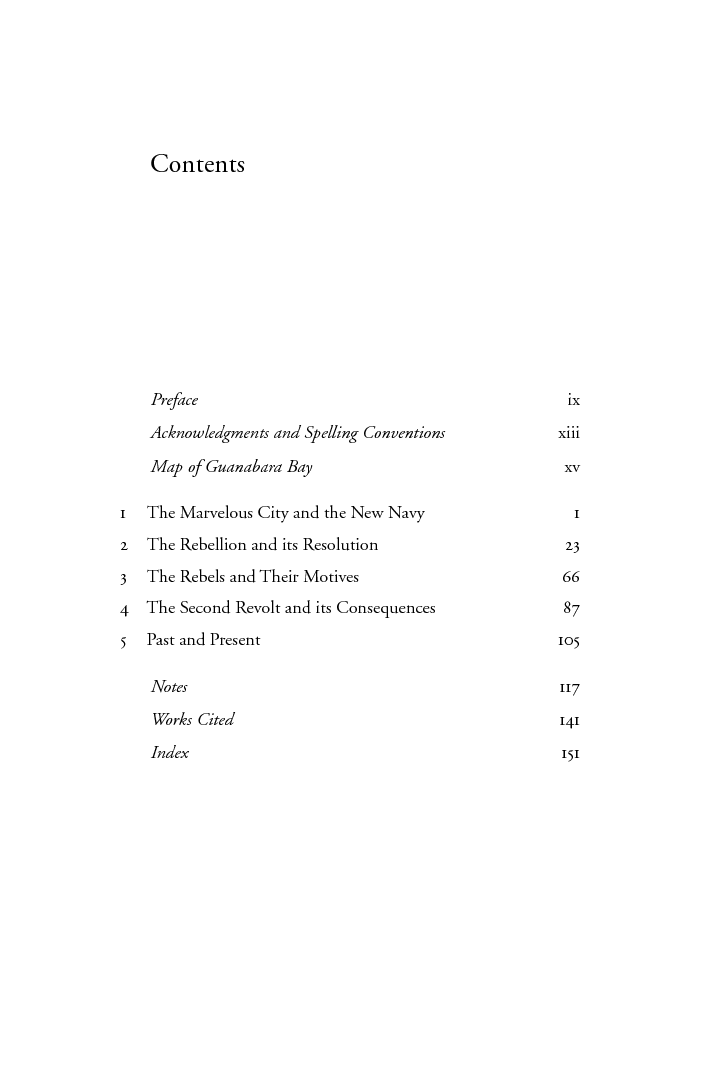