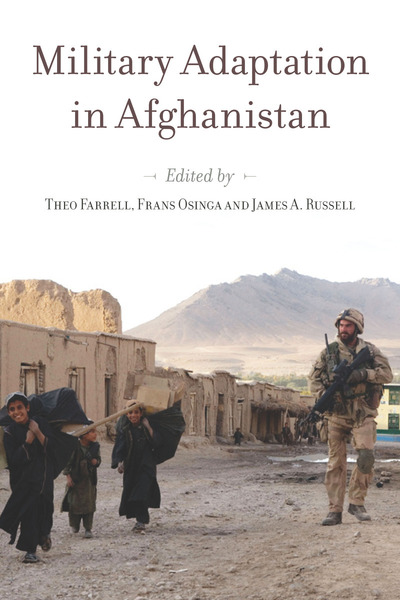 When NATO took charge of the International Security Assistance Force (ISAF) for Afghanistan in 2003, ISAF conceptualized its mission largely as a stabilization and reconstruction deployment. However, as the campaign has evolved and the insurgency has proved to more resistant and capable, key operational imperatives have emerged, including military support to the civilian development effort, closer partnering with Afghan security forces, and greater military restraint. All participating militaries have adapted, to varying extents, to these campaign imperatives and pressures.

This book analyzes these initiatives and their outcomes by focusing on the experiences of three groups of militaries: those of Britain, Canada, Denmark, the Netherlands, and the US, which have faced the most intense operational and strategic pressures; Germany, who's troops have faced the greatest political and cultural constraints; and the Afghan National Army (ANA) and the Taliban, who have been forced to adapt to a very different sets of circumstances.

James Russell is an Associate Professor at the Naval Post Graduate School, Monterey.

"Overall, this book is the rarest of breeds, an integrated anthology of experts consistently applying a well-designed analytical framework. From this broad collection of different authors, a number of clear and reasonable conclusions were drawn. The writing is crisp, detailed and informed, and the editing obviously disciplined. Both the analytical framework and its execution reveal unique insights on contemporary conflict in general, and the character of military adaptation in complex irregular contingencies. The utility of this volume to ongoing debates about the future utility of force and the challenge of irregular warfare is evident. It will also be useful for NATO military leaders interested in gaining competitive advantage in future conflicts, and anyone seeking to avoid refighting the last war. Given the breadth of issues raised about contemporary conflict and the enormous value of the complexities of coalition warfare, this book will be valuable for interdisciplinary students, scholars of strategic studies and international students of warfare. Accordingly, it is highly endorsed and enthusiastically recommended for extended examination and follow-on studies."

"Military Adaptation in Afghanistan provides an excellent encapsulation of the learning and adaptation that have occurred over the course of that conflict. It will serve as an excellent resource for military practitioners, historians, political scientists, and policy makers alike." 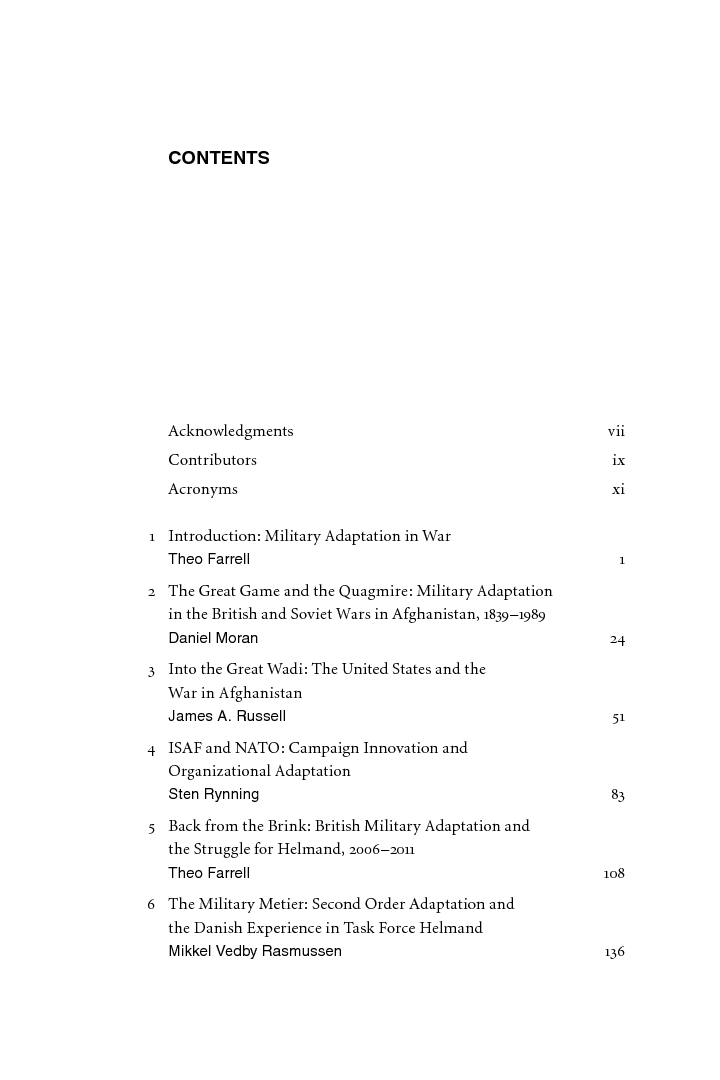 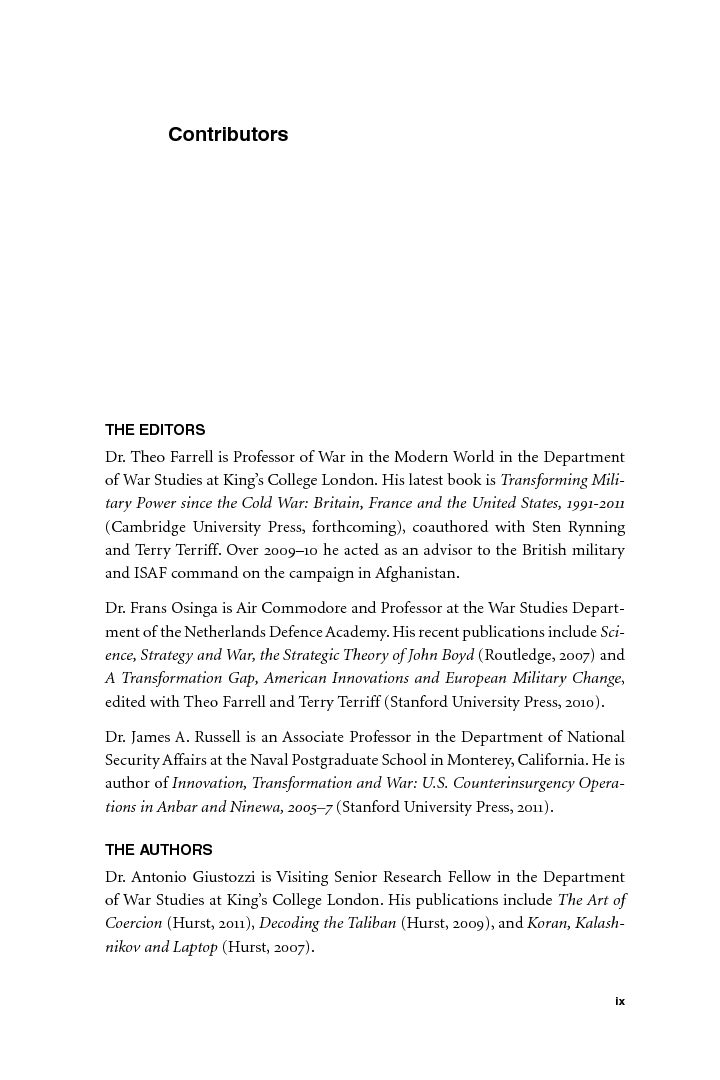 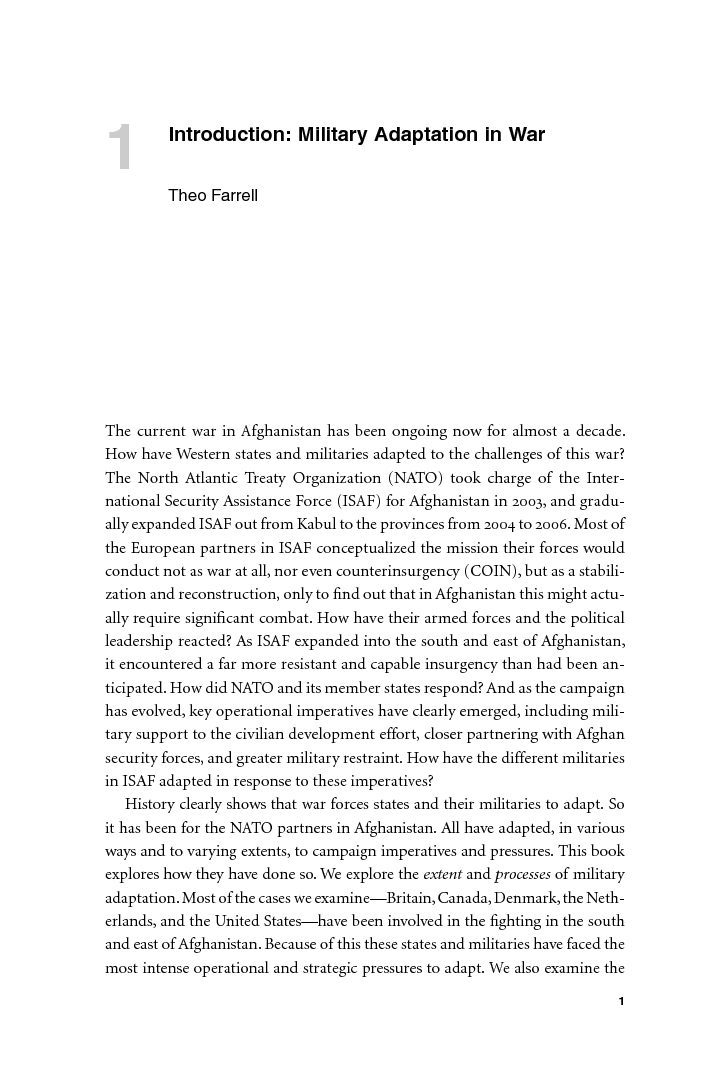