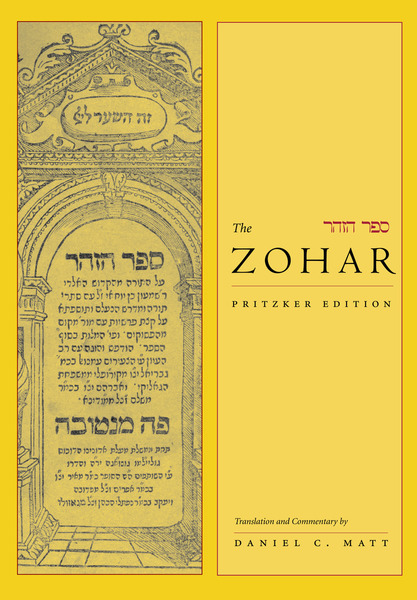 Sefer ha-Zohar (The Book of Radiance) has amazed and overwhelmed readers ever since it emerged in medieval Spain toward the end of the thirteenth century. Written in a unique, lyrical Aramaic, this masterpiece of Kabbalah exceeds the dimensions of a normal book; it is virtually a body of literature, comprising over twenty discrete sections. The bulk of the Zohar consists of a fascinating mystical commentary on the Torah, from Genesis through Deuteronomy.

This sixth volume of The Zohar: Pritzker Edition completes the Zohar's commentary on the book of Exodus. Some of the volume focuses on the Dwelling (or mishkan) built by Moses and the Israelites in the Sinai Desert. The mishkan symbolizes Shekhinah, the feminine presence of God who "dwells" on earth. The construction of the mishkan is intended to ensure Her intimacy with the people—and especially with Moses, who is actually called Her husband.

The dramatic episode of the Golden Calf receives special treatment. The worship of the calf is seen as a rejection of Shekhinah. Normally, She would have restrained the wrath of God's masculine aspect and prevented Him from striking Israel; but having been rejected, She instead departed, leaving the people vulnerable. Whereupon the blessed Holy One hinted to Moses that it was up to him to defend Israel from divine destruction. By invoking the three patriarchs, Moses pinned God's arms, as it were, and immobilized Him, saving his people.

With the appearance of this volume, The Zohar: Pritzker Edition has reached its halfway point. The projected Volumes VII-IX will complete the Zohar's main commentary on the Torah. Volumes X-XII will include the Zohar's commentary on various other books of the Bible (such as Ruth and Song of Songs) as well as several independent compositions.

Daniel C. Matt is a leading authority on Jewish mysticism. For twenty years, he served as Professor at the Graduate Theological Union in Berkeley, California. He has also taught at Stanford University and the Hebrew University of Jerusalem. Matt is the author of The Essential Kabbalah (1995); God and the Big Bang (1996); and Zohar: Annotated and Explained (2002). He is also the translator of the first five volumes of The Zohar: Pritzker Edition.

"Without Matt's clarifications in his running commentary at the bottom of every page, the mysteries that unfold from the rabbis' discussions would be too esoteric for my humble brain. Matt, [...], is an amazing decoder of the mysteries that the kabbalistic rabbis herein reveal."

"Daniel Matt's landmark translation of the Zohar . . . is a tour de force of scholarship and linguistic imagination. An English Zohar that sounds like literary Aramaic in the same way that Ezra Pound invented an English poetry that sounds like Chinese."