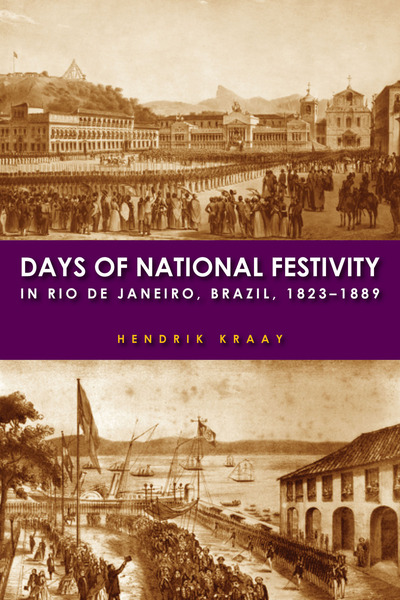 Winner of the 2014 Warren Dean Memorial Prize, sponsored by the Conference on Latin American History.

Official and popular celebrations marked the Brazilian empire's days of national festivity, and these civic rituals were the occasion for often intense debate about the imperial regime. Hendrik Kraay explores the patterns of commemoration in the capital of Rio de Janeiro, the meanings of the principal institutions of the constitutional monarchy established in 1822–24 (which were celebrated on days of national festivity), and the challenges to the imperial regime that took place during the festivities. While officialdom and the narrow elite sought to control civic rituals, the urban lower classes took an active part in them, although their popular festivities were not always welcomed by the elite. Days of National Festivity is the first book to provide a systematic analysis of civic ritual in a Latin American country over a long period of time—and in doing so, it offers new perspectives on the Brazilian empire, elite and popular politics, and urban culture.

Hendrik Kraay is Professor of History at the University of Calgary. He is the author of Race, State, and Armed Forces in Independence-Era Brazil: Bahia, 1790s–1840s (Stanford University Press, 2001).

"Kraay uses diplomatic correspondence, foreign travel accounts, poems, plays, operas, sermons, speeches, festival books, and parliamentary debates to good effect . . . Kraay critiques his press sources meticulously, consistently identifying the ideological and partisan tendencies embedded in Rio's principal periodicals and pamphlets . . . A short review cannot do justice to the richness of empirical detail that Kraay brings to this work. He provides an essential contribution to our understanding of the political culture of the Brazilian Empire."

"This book is a massively researched, pioneering work on civic ritual in 19th-century Brazil. It is in line with some of the best recent research on nation-building and state-building in Brazil and other areas in Latin America."

—B. J. Barickman, University of Arizona 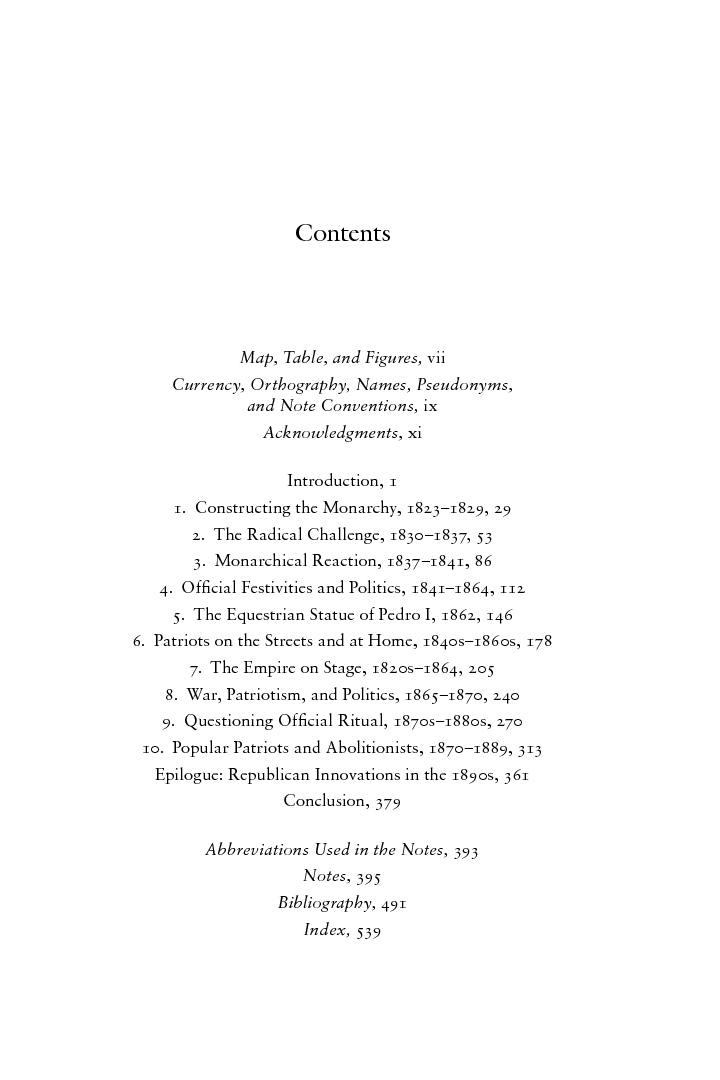 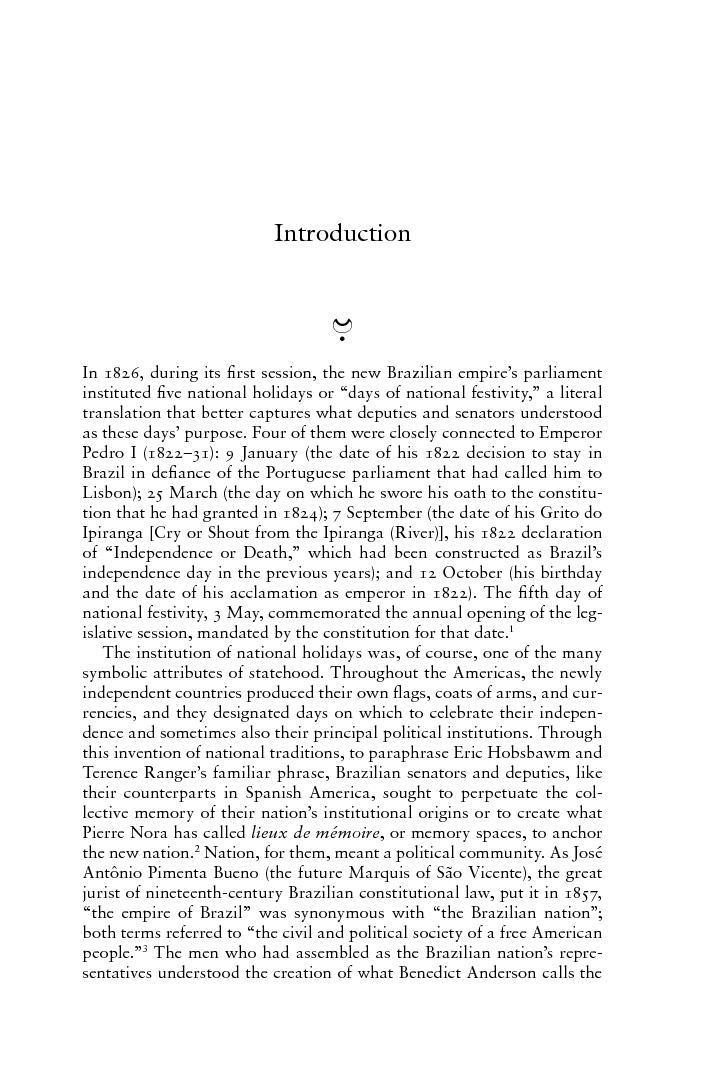