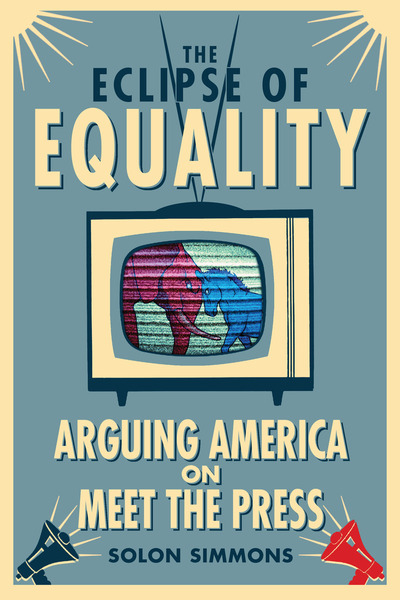 Red state vs. blue state. Republican vs. Democrat. Fox News vs. The Daily Show. The so-called culture wars have become such a fixture of American politics that dividing the country into rival camps seems natural and political gridlock seems inevitable. Entering the fray, Solon Simmons offers an intriguing twist on the debate: Our disagreements come not from unbridgeable divides, but from differing interpretations of a single underlying American tradition—liberalism. Both champions of traditional liberal values, Republicans have become the party of individual freedom while Democrats wear the mantle of tolerance. Lost in this battle of sides is the third pillar of liberalism—equality.

Simmons charts the course of American politics through the episodes of Meet the Press. On the air since 1945, Meet the Press provides an unparalleled record of living conversation about the most pressing issues of the day. In weekly discussions, the people who directly influenced policy and held the reins of power in Washington set the political agenda for the country. Listening to what these people had to say—and importantly how they said it—Meet the Press opens a window on how our political parties have become so divided and how notions of equality were lost in the process.

Telling the story of the American Century, Simmons investigates four themes that have defined politics and, in turn, debate on Meet the Press—war and foreign affairs, debt and taxation, race struggles, and class and labor relations—and demonstrates how political leaders have transformed these important political issues into symbolic pawns as each party advocates for their own understanding of liberty, whether freedom or tolerance. Ultimately, with The Eclipse of Equality, he looks to bring back to the debate the question lurking in the shadows—how can we ensure the protection of a peaceful civil society and equality for all?

Solon Simmons is Associate Professor of Conflict Analysis and Resolution at George Mason University. He makes frequent appearances on radio, television, and in print media, discussing issues of politics and group conflict, and his work has been discussed on most of the major national news outlets, including The New York Times, The Washington Post, Good Morning America, National Public Radio, and Meet the Press itself. He blogs about U.S. politics and culture on Confrontations (solonsimmons.wordpress.com).

"The strength of the book is the author's use of quotations from the more than thirty-five hundred episodes of Meet the Press, beginning with a radio broadcast in 1945 and televised by NBC starting in 1947 . . . Quoting Meet the Press broadcasts in a careful, evenhanded way, Simmons demonstrates that the show is indeed a wonderful historical archive . . . In an engaging and innovative way, Simmons shows how the current debate over economic inequality has developed. The passion and energy in his writing make The Eclipse of Equality interesting throughout. It is a provocative challenge to those on both sides of our political divide."

"[T]his is a solid resource for those interested in political science, conflict analysis, and resolution as communication. . . . Recommended."

"Simmons brilliantly distills 70 years of conversations on Meet the Press into an engaging account of America's post-war political trajectory. With conservatives championing individual freedom and liberals promoting group rights, economic equality has largely disappeared from our national conversation. The Eclipse of Equality breaks new ground by uncovering the rhetorical roots of our present political malaise." 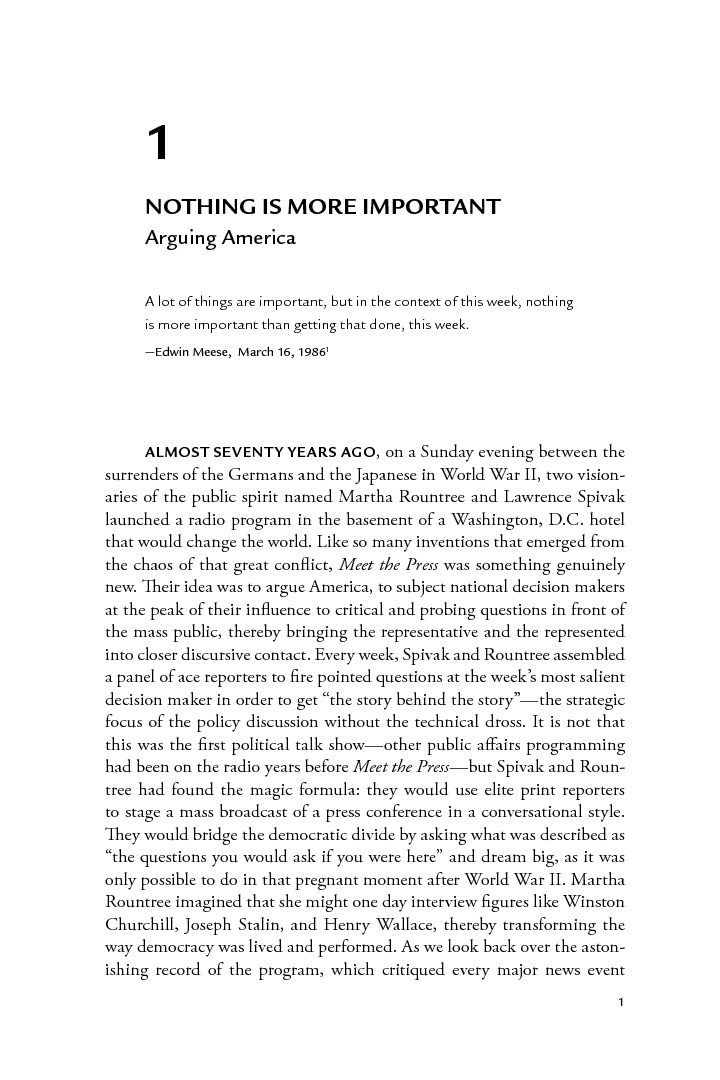 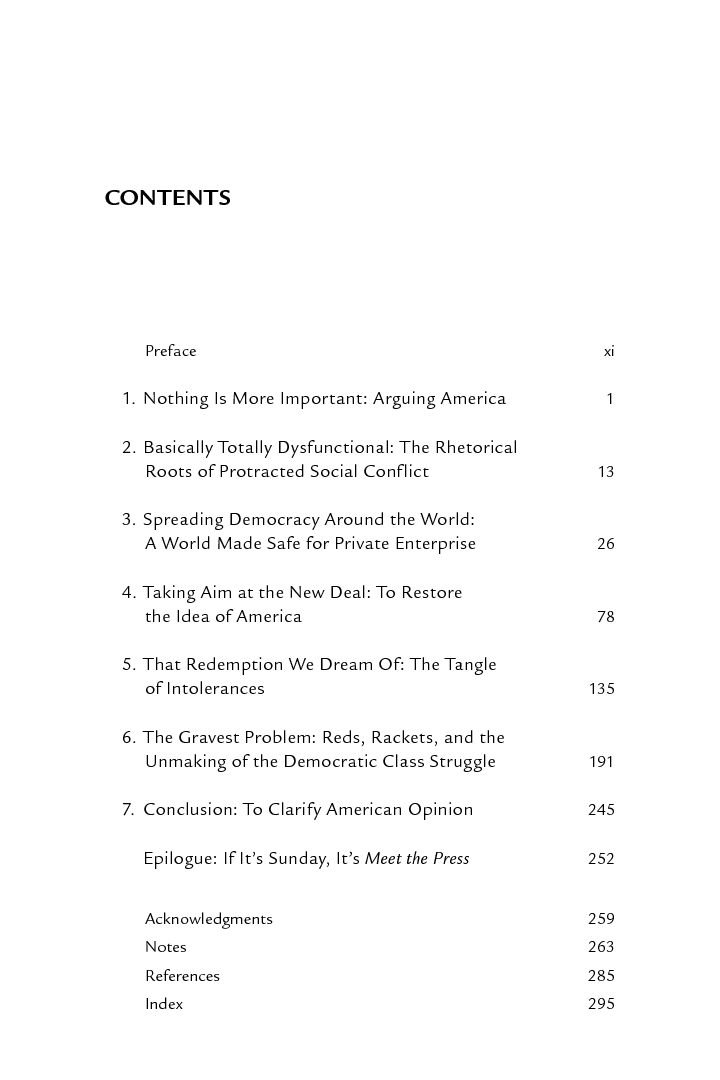 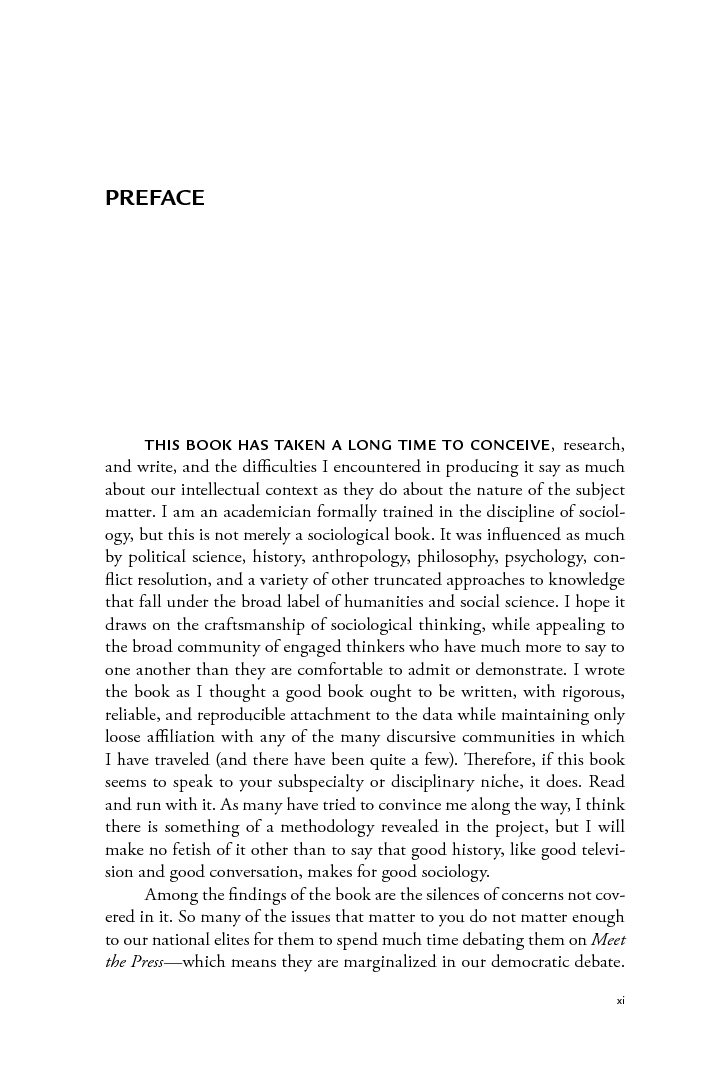