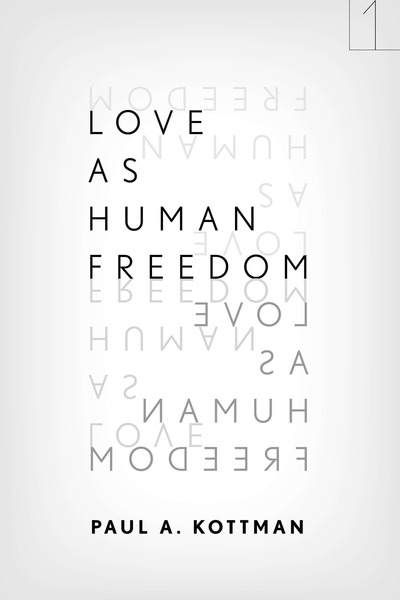 Love As Human Freedom
Paul A. Kottman
SERIES: Square One: First-Order Questions in the Humanities

Rather than see love as a natural form of affection, Love As Human Freedom sees love as a practice that changes over time through which new social realities are brought into being. Love brings about, and helps us to explain, immense social-historical shifts—from the rise of feminism and the emergence of bourgeois family life, to the struggles for abortion rights and birth control and the erosion of a gender-based division of labor. Drawing on Hegel, Paul A. Kottman argues that love generates and explains expanded possibilities for freely lived lives. Through keen interpretations of the best known philosophical and literary depictions of its topic—including Shakespeare, Plato, Nietzsche, Ovid, Flaubert, and Tolstoy—his book treats love as a fundamental way that we humans make sense of temporal change, especially the inevitability of death and the propagation of life.

Paul A. Kottman is Associate Professor of Comparative Literature at the New School for Social Research. He is the author of A Politics of the Scene (Stanford, 2007) and the editor of Philosophers on Shakespeare (Stanford, 2009).

"Love As Human Freedom proposes theses that are breathtaking in their sweep. We have here a kind of philosophical-historical cultural anthropology that is very clear, often elegant, and quite direct in proposing its ambitious claims, with brilliant discussions that are deeply felt and finely argued. Paul Kottman engages with every conceivable interlocutor on his subjects, and his scholarship is world-class, just superb."

"Love As Human Freedom is a risk-taking and ambitious book that makes a series of interlocking, counter-intuitive arguments. Love is not, Paul Kottman claims, inescapably bound up with the irrational; on the contrary, it is the way we have taught ourselves that we are both rational and free. And the path to the freedom love brings passes, he proposes, through the valley of the shadow of gender domination and death. Along the way, Kottman offers challenging reflections on the myths of Orpheus and Eurydice and of Tristan and Isolde, as well as readings of Romeo and Juliet and Othello. A wild ride."

—Stephen Greenblatt, author of The Swerve: How the World Became Modern

"I am currently pondering a new, deeply thought, original, and in many ways disturbing book by Paul Kottman, Love as Human Freedom. It posits, first of all, a radical transformation of consciousness in the feminist-sexualist-genderist familial-arrangement that has [taken place] within the last century or so in certain areas of the world where work and labor, interpersonal relationships, and institutions such as marriage, courtship, divorce, same-sex relationships, patriarchy, and rights of the unborn, women, animals, and children have undergone changes un-thought of except in the most radical utopias of the past. Having posited this radical transformation, Kottman accounts for it by transformations in loving relationships rather than (solely) by changes in the infrastructures of modernizing societies. He suggests that love is itself not only a specific kind of relationship between subjects and objects of desire, but is, rather, a means of knowledge production. Older and still predominant notions of love worldwide presume a relationship of dominance-subordination between lovers, with one of the lovers assuming the subaltern in what is essentially a kind of (Hegelian) bondsman-servant or master-slave relationship. Rebellion against this kind of relationship occurs as a long result of the effects of the kind of knowledge we can have of ourselves and of others by way of loving. We find out or come closer to finding out who we are (what kind of person we are) by loving—not always, of course, but could we ever find out who we are if we never loved or were loved? [] The payoff of this book, indicated by the title, is contained in the idea that love provides the only or the principal basis for a freedom that is uniquely human. Love provides the experience that allows us to enter into intimate relations with others while, at the same time, seeing these relations as a basis, not for domination, but for living a free life (as free as an incarnated being's life can hope to be) and willing the freedom of those we love as well."

"I do not intend to exaggerate, but this may be the best contemporary stuff on love I have ever read. It is as if Paul Kottman wanted to write the book on love that Hegel himself would have written as if he were alive today. There are some controversial and frankly exaggeratedly bold claims, but the central thesis—roughly, that love, as passion, is a form of collectiveaction that is somehow aimed at understanding and changing the world—is striking. The most fascinating thing is though how the author manages to drop mind-blowing, original interpretations of some of the most discussed literary texts in the (Western) canon: Romeo and Juliet and Othello; Anna Karenina and Madame Bovary. Here, you can also find the best philosophical justification ever for birth control and reproductive technologies. Even if you do not give a (philosophical) $%^# about love and sexuality, read this book!!!"

"I'm writing to say – with difficulty, because reaching for superlatives can easily end in expressive failure: I found your book stunning. I get most of my academic reading satisfaction these days from micro-technical textual commentaries on German philosophy. I can't recall when I last read anything that similarly bowled me over with originality & subtlety of vision. I've been recommending it to all relevantly receptive friends. Had I written anything with the same scope and of such quality, my worry would be what to do next."

"Kottman provides a brilliant, speculative account of the problems that had to be solved—and that are still being solved—in order for love to acquire its contemporary significance. The story that he tells in rich detail succeeds in making sense of love's sense-making power."

"Love as Human Freedom tells what is in more ways than one a great story. In so doing, it defines life, art, and criticism as interdependent forms of thinking with the highest possible stakes. I hope Shakespeareans and others will sit up and take notice."