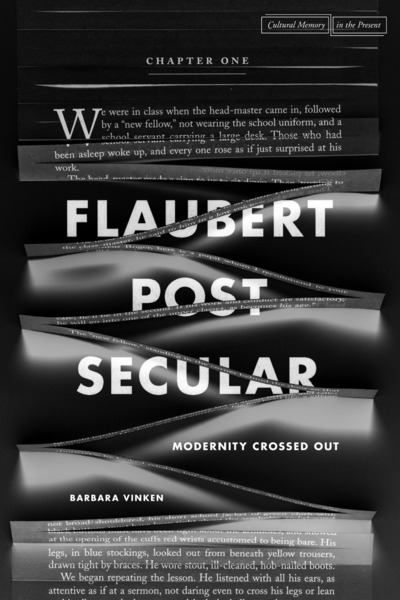 By his national affiliation and choice of genre, French novelist Gustave Flaubert can be considered emblematic of modernity. This book showcases his specific and highly refined imaginary as at once unique and symptomatic of an era. In particular, it contributes to the controversial discussion of modernity's relation to religion. At a time when new religious fundamentalisms throughout the world are on the rise, this has only become a more pressing issue.

Through this single acclaimed author, we realize that modernity can only be understood in terms of its critical rewriting of religious dogma. Strikingly, already in Flaubert, this rewriting emerges in conjunction with questions of the Orient and Orientalism. Flaubert's Orient is an Other that is always already within Western society. By highlighting the complexity of the relation between religion, modernity, and the Oriental, Barbara Vinken's discussion of these issues goes beyond simple binaries. Her Flaubert Postsecular is a model of scholarly research with far-reaching political implications.

Barbara Vinken is Professor of Comparative Literature and Romance Philology at the Ludwig-Maximilians University of Munich. Her books include Fashion Zeitgeist: Trends and Cycles in the Fashion System (2004).

"This book is not only one of a handful of the best works to have come out on Flaubert in a very long time; it is also, and in so many ways, paradigmatic for literary studies today."

"Flaubert Postsecular opens up an entirely new perspective not only onto Flaubert as an emblematic figure of literary modernity, but also onto modernity itself. After Vinken's book, we will have to renegotiate what it means to be 'absolutely modern.'"

—Susanne Lüdemann, author of Politics of Deconstruction: A New Introduction to Jacques Derrida (2014)

"Flaubert Postsecular is a fine addition to Flaubert studies that will prove useful, in particular to readers interested in the Classics, myths, and religions; Vinken excels on these topics."