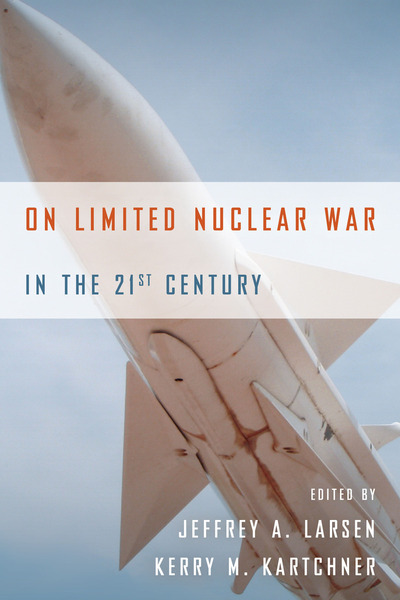 On Limited Nuclear War in the 21st Century
Edited by Jeffrey A. Larsen and Kerry M. Kartchner

The last two decades have seen a slow but steady increase in nuclear armed states, and in the seemingly less constrained policy goals of some of the newer "rogue" states in the international system. The authors ofOn Limited Nuclear War in the 21st Century argue that a time may come when one of these states makes the conscious decision that using a nuclear weapon against the United States, its allies, or forward deployed forces in the context of a crisis or a regional conventional conflict may be in its interests. They assert that we are unprepared for these types of limited nuclear wars and that it is urgent we rethink the theory, policy, and implementation of force related to our approaches to this type of engagement.

Jeffrey A. Larsen is Director of Research at the NATO Defense College in Rome.

"In Jeffrey A. Larsen and Kerry M. Kartchner's edited volume On Limited Nuclear War in the 21st Century, the strategic studies community has answered the proverbial call in a series of trenchant essays that deconstruct a critical national security challenge that most of us wish did not exist. Assembling a star-studded cast of scholars, analysts, and policy practitioners, Larsen and Kartchner have produced some of the most important new thinking on an old topic . . . This is a book for any courses in strategic studies and is clearly relevant to policy professionals and practitioners. As represented by the great collection of authors in this volume, there clearly is a community of professionals and academics capable of informing and guiding this critical debate. Kudos to the editors and publisher for getting the discussion started."

"One can only commend the brave attempt by Jeffrey Larsen and Kerry Kartchner, two thoughtful American experts with policy experience, to tackle the implications of 'limited nuclear war'—an emblematic twentieth-century nuclear strategic concept—in the twenty-first century. To this end, they have gathered some of the best American thinkers on nuclear policy issues . . . [I]t is one of only a very few truly thought-provoking books recently published about nuclear strategy."

"The contributors to Larsen and Kartchner's collection focus on how the United States might respond if a relatively small number of nuclear weapons were used in a conflict and examine possible methods for bringing such a conflict to an end. They offer a speculative but serious and well-informed journey through a variety of scenarios and contingencies, reminding readers that nuclear policy is a two-way street: U.S. policymakers' efforts to develop credible answers to the problems of the atomic age are inevitably shaped by the way other states pose their own nuclear questions."

"At a time when very few experts still dare entering the realm of nuclear strategy, the authors provide a timely and sobering assessment of what a limited nuclear conflict could look like in the 21st century. Their successful attempt at 're-thinking the unthinkable' is to be commended."

"In today's security environment, with the primacy of regional as opposed to global conflicts, and the proliferation of nuclear weapons and ballistic missiles, we face new and different deterrence challenges involving adversaries who may believe that nuclear war is not only thinkable but winnable. This important new volume dissects the cold war logic of limited nuclear war, and reassembles that logic in the contemporary landscape. It breaks valuable new ground on a topic we ignore at our peril."

"The greatest threat to the United States and its allies today is from adversary nuclear escalation during a conventional conflict. Yet, many analysts and policymakers continue to ignore this reality and fixate on the pipe dream of global disarmament. This book should wake them from their slumber." 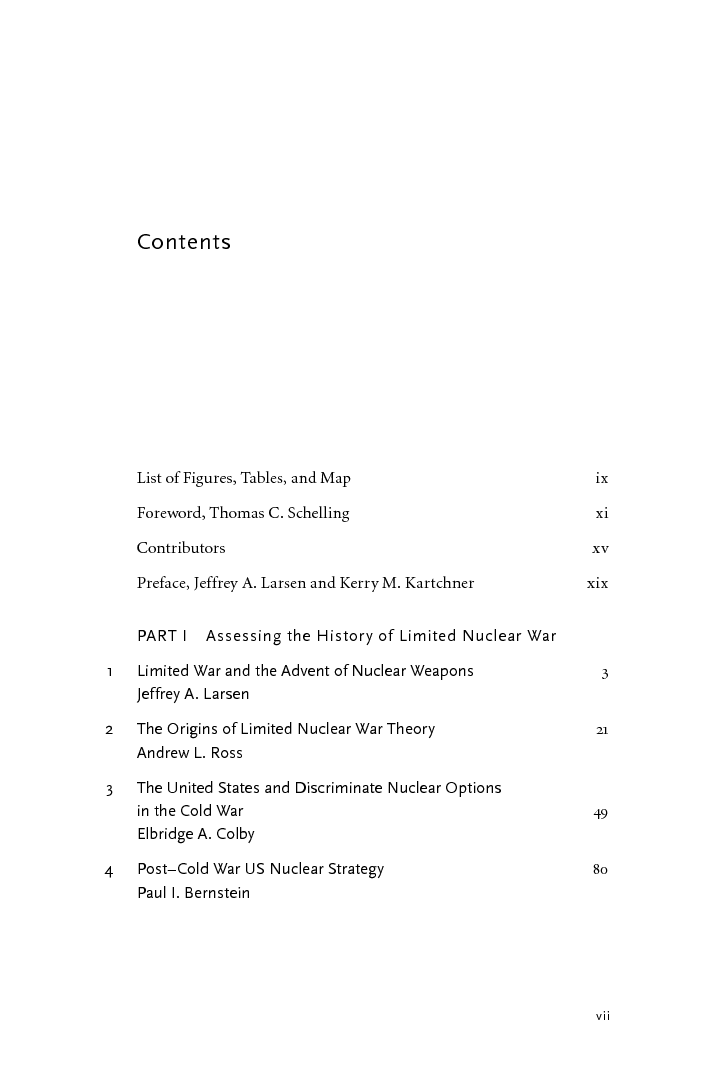 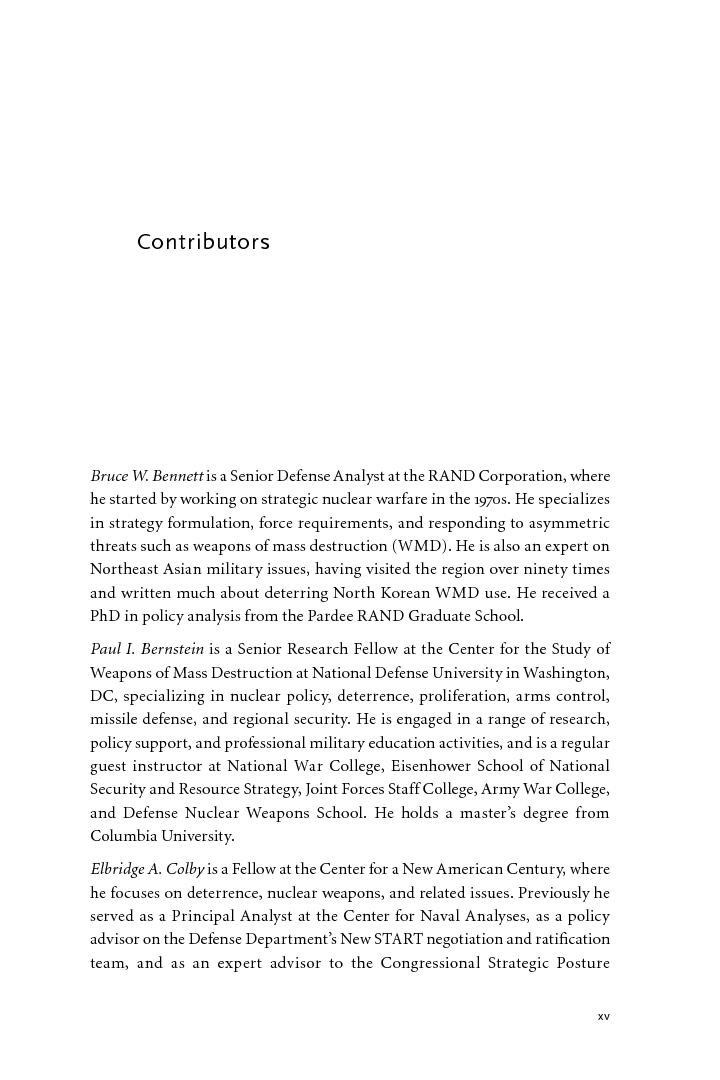 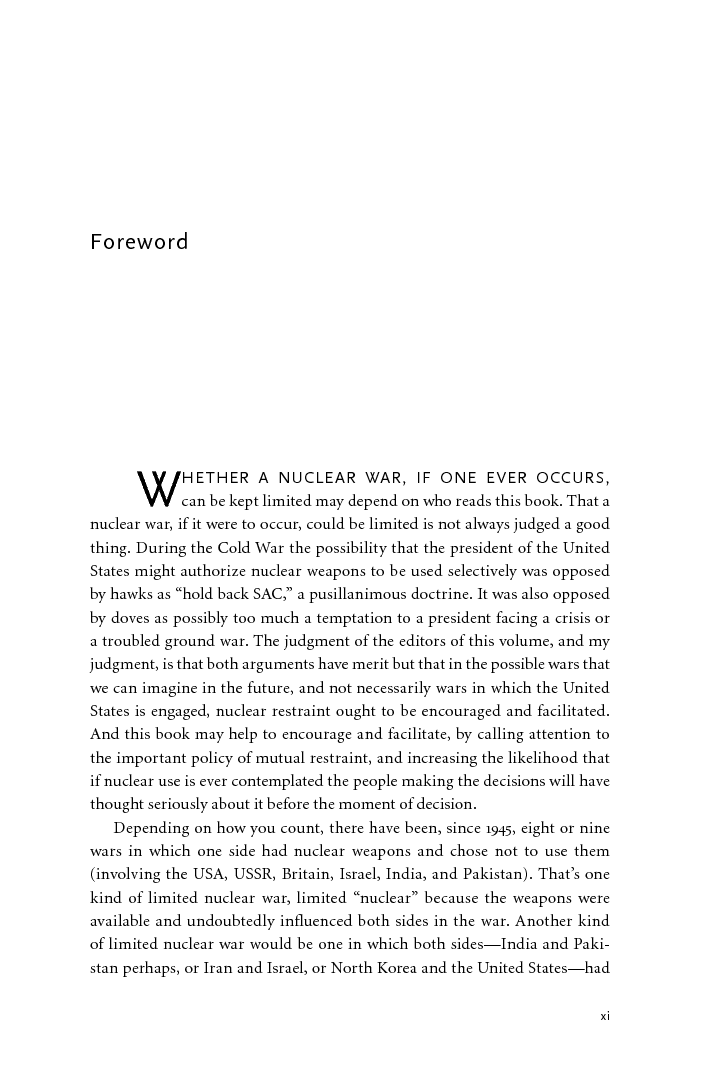 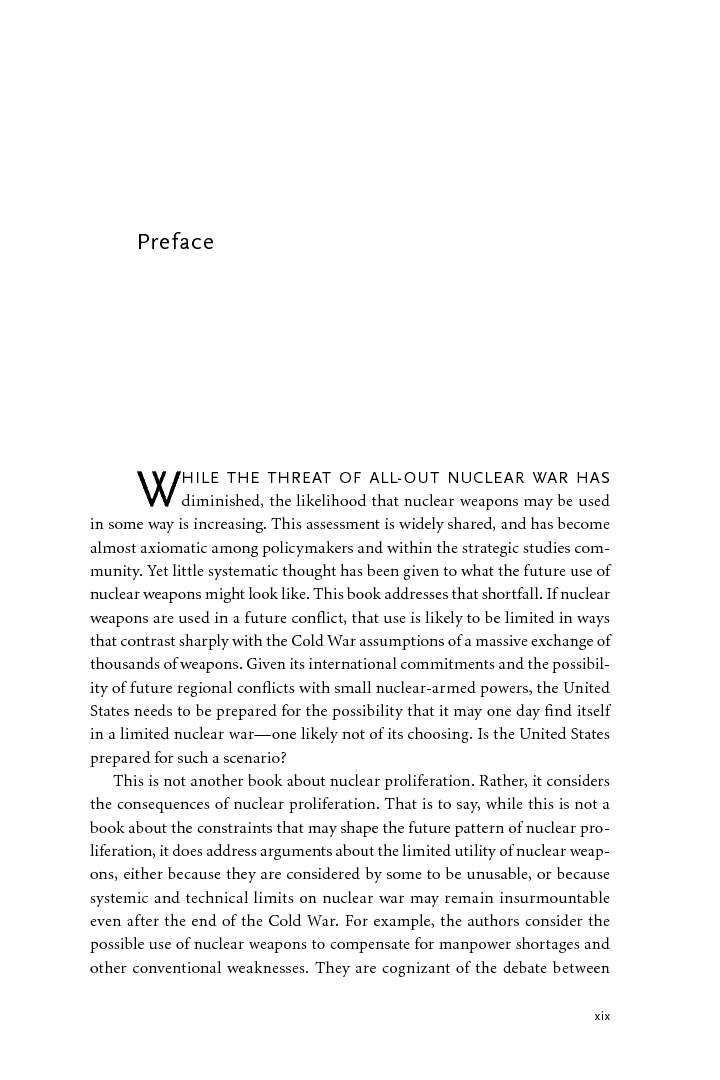