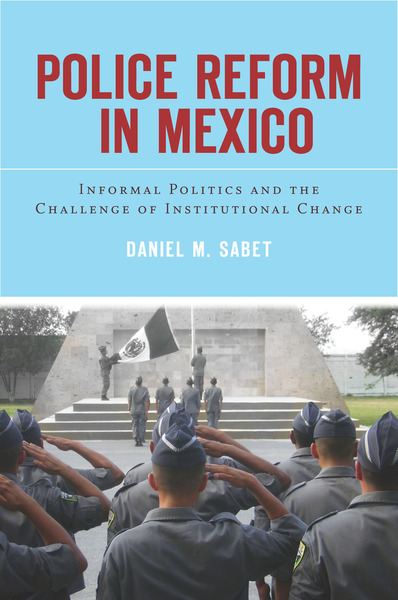 The urgent need to professionalize Mexican police has been recognized since the early 1990s, but despite even the most well-intentioned promises from elected officials and police chiefs, few gains have been made in improving police integrity.

Why have reform efforts in Mexico been largely unsuccessful? This book seeks to answer the question by focusing on Mexico's municipal police, which make up the largest percentage of the country's police forces. Indeed, organized crime presents a major obstacle to institutional change, with criminal groups killing hundreds of local police in recent years. Nonetheless, Daniel Sabet argues that the problems of Mexican policing are really problems of governance. He finds that reform has suffered from a number of policy design and implementation challenges. More importantly, the informal rules of Mexican politics have prevented the continuity of reform efforts across administrations, allowed patronage appointments to persist, and undermined anti-corruption efforts.

Although many advances have been made in Mexican policing, weak horizontal and vertical accountability mechanisms have failed to create sufficient incentives for institutional change. Citizens may represent the best hope for counterbalancing the toxic effects of organized crime and poor governance, but the ambivalent relationship between citizens and their police must be overcome to break the vicious cycle of corruption and ineffectiveness.

Daniel Sabet is a visiting researcher at Georgetown University's Edmund A. Walsh School of Foreign Service. Previously, he coordinated rule of law educational programs for police throughout Latin America as part of the Culture of Lawfulness Project. He is the author of Nonprofits and their Networks: Cleaning the Waters along Mexico's Northern Border.

"Mexico's war on drugs has brought intense international attention to that country, and Police Reform in Mexico directs that attention toward a realistic assessment of the reforms, laws, and mechanisms used to fight it . . . Although Mexico is mired in one of Latin America's biggest battles against crime, this book shows what a critical case it is for comparative analysis . . . The book's detailed description of Mexico's steady progress, even in the midst of a war that has killed tens of thousands of people, shows that even the strongest of barriers does not consign reform to failure."

—Mark Ungar, The Review of Politics

"Overall, Sabet's book offers an in-depth, textured account of the challenges facing police reform in Mexico, and is a must-read for anyone concerned with improving public safety and security. The book should be appealing to a wide range of audiences interested in contemporary Mexico, the politics of public safety, and the difference between changing formal, de jure rules or institutions (reform in theory) and changing informal, de facto institutions (reform in practice). Sabet's analysis resonates well beyond Mexico and policing, complementing broader conversations on state-building and the construction of stronger democratic institutions."

"Sabet's work is well-written and well-documented and contains fresh proposals that may be useful in coming to grips with these long-standing barriers to the development of a strong civil society in Mexico. The last chapter includes several specific proposals that, if implemented, might lead the way to a brighter day for the US's neighbor across the river. The volume has a very useful list of Mexican acronyms, an index, and enlightening charts and graphs. It should find a wide audience . . . Recommended."

"A thoughtful, careful, and analytically rigorous account of the vexing problem of police reform in Mexico. The book's wider discussion of the ways that Mexican political institutions both enable and limit successful police reform makes it a timely and provocative must-read for all who care about Mexico and its future."

"This is one of the best books on Mexico written in English in recent years. It provides substantial new research and analysis on one of the most important and least examined challenges in Mexico today: police reform and public security. It is meticulously researched, theoretically nuanced, and well written." 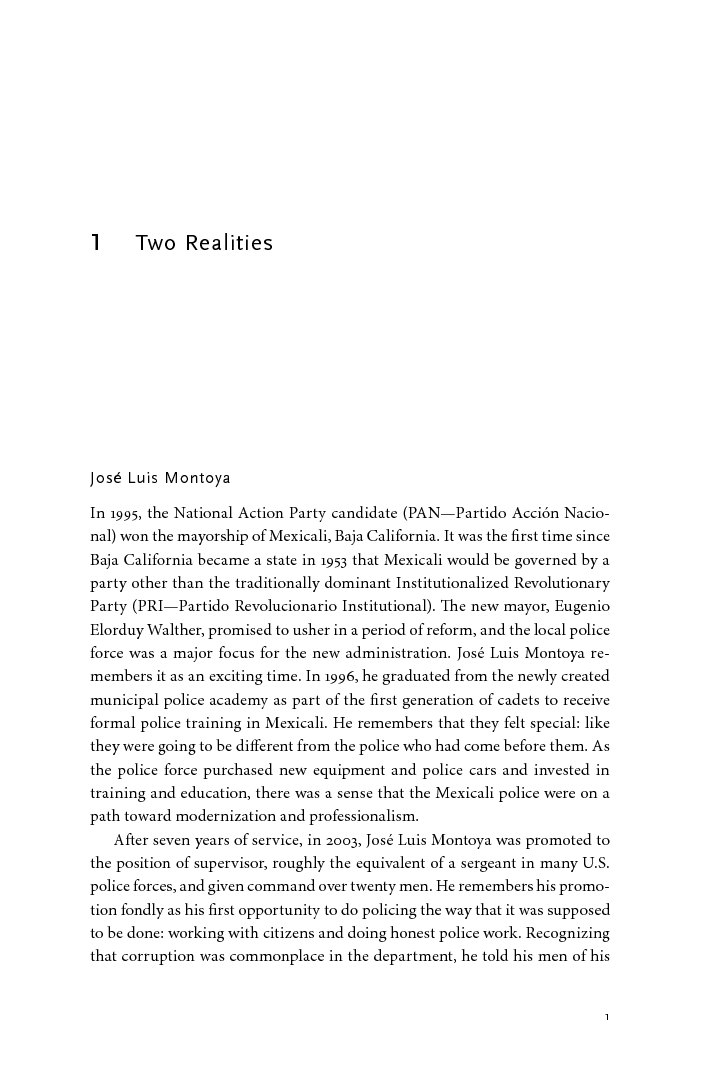 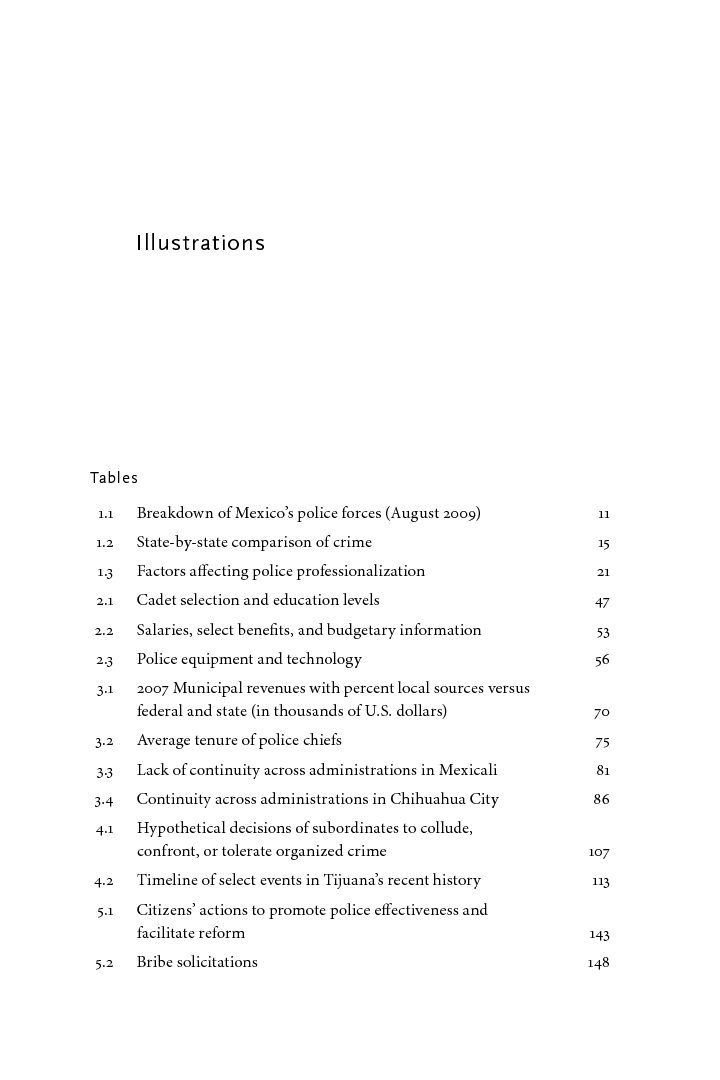 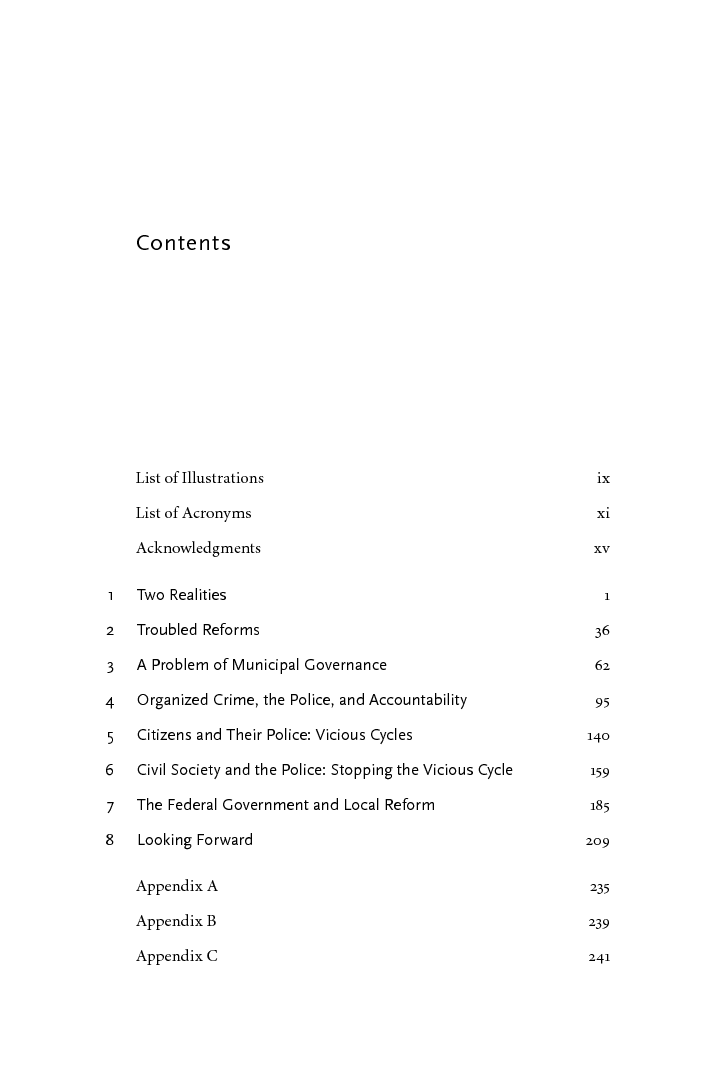