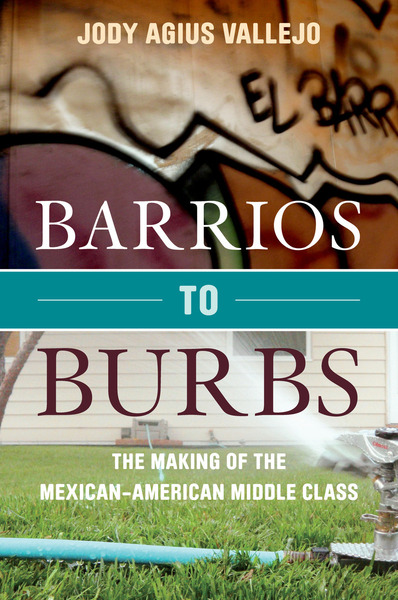 Too frequently, the media and politicians cast Mexican immigrants as a threat to American society. Given America's increasing ethnic diversity and the large size of the Mexican-origin population, an investigation of how Mexican immigrants and their descendants achieve upward mobility and enter the middle class is long overdue. Barrios to Burbs offers a new understanding of the Mexican American experience.

Vallejo explores the challenges that accompany rapid social mobility and examines a new indicator of incorporation, a familial obligation to "give back" in social and financial support. She investigates the salience of middle-class Mexican Americans' ethnic identification and details how relationships with poorer coethnics and affluent whites evolve as immigrants and their descendants move into traditionally white middle-class occupations. Disputing the argument that Mexican communities lack high quality resources and social capital that can help Mexican Americans incorporate into the middle class, Vallejo also examines civic participation in ethnic professional associations embedded in ethnic communities.

Jody Agius Vallejo is Assistant Professor of Sociology at the University of Southern California.

"This book should be required reading for students and advanced sociologists alike. With a focus on shifting the conceptualization of a monolithic Mexican American experience, Barrio to Burbs also serves as a significant resource for students and scholars interested in Latino/a sociology, racial and ethnic studies, and social stratification. Though it isn't the only book addressing the experiences of a Mexican American middle class, it certainly is now a seminal read for all those who would like to complicate their understandings of Mexican Americans in the United States."

"This clearly organized, succinct book adds to a growing body of scholarship on the identities and experiences of Mexican Americans. . . Recommended."

"Vallejo tackles an extremely important topic which others have not been willing or able to see—the rise of a Mexican American middle class. Challenging prevailing views, this book focuses not on predictions of downward assimilation, but on the real means by which children of Mexican immigrants are joining the middle class."

"Barrios to Burbs is the important and largely untold story of the Mexican American middle class. By taking us inside the lives of middle-class Mexican Americans, Vallejo demonstrates how the socioeconomic diversity among people of Mexican descent offers both promise and potential peril for the people she studies. This is a landmark book and a must read for anyone who hopes to understand America's largest ethnic group in all of its complexity."

"A sensitive, compelling, and engaging account based on in-depth research of an overlooked and understudied population: the Mexican American middle class. Full of insights about patterns of family obligation and ethnic identification among them—as well as different pathways to middle-class status—this richly drawn study is an important contribution to our understanding of immigration and diversity in 21st century America."

—Nancy Foner, Hunter College and Graduate Center of the City University of New York, author of In a New Land: A Comparative View of Immigration

"Jody Vallejo's novel study fills a void in research that for too long has focused too narrowly on Mexican immigrants trapped at lower rungs of the mobility ladder to the neglect of their prospects of success. She makes a significant contribution to the understanding of segmented assimilation and offers a compelling story of the Mexican American middle class." 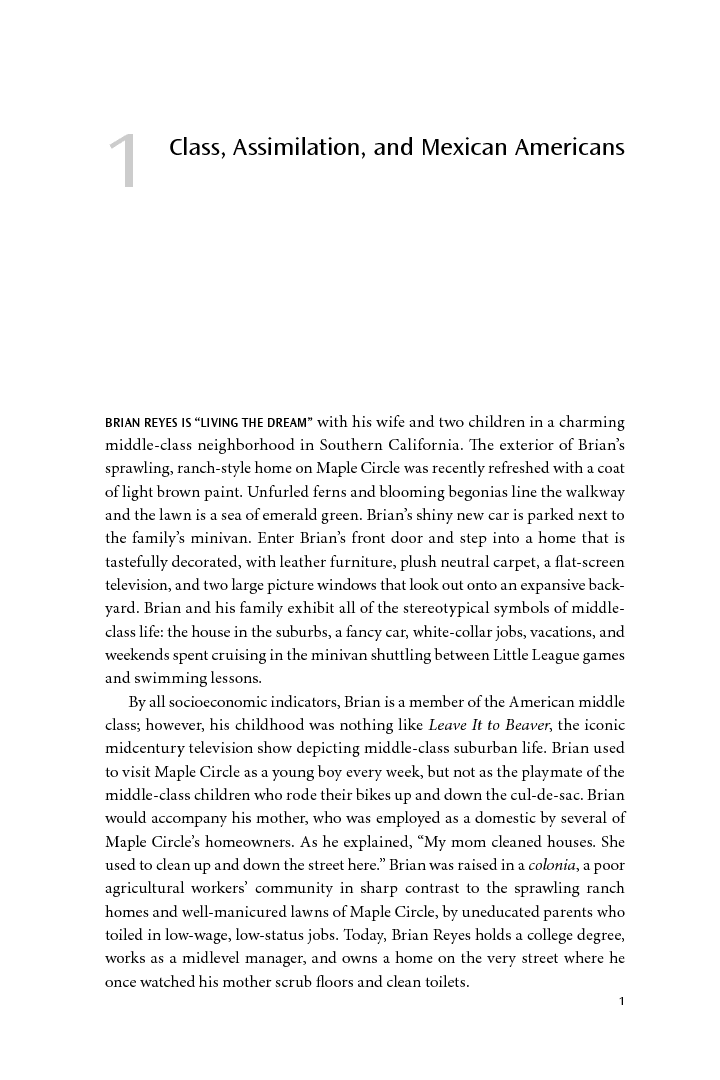 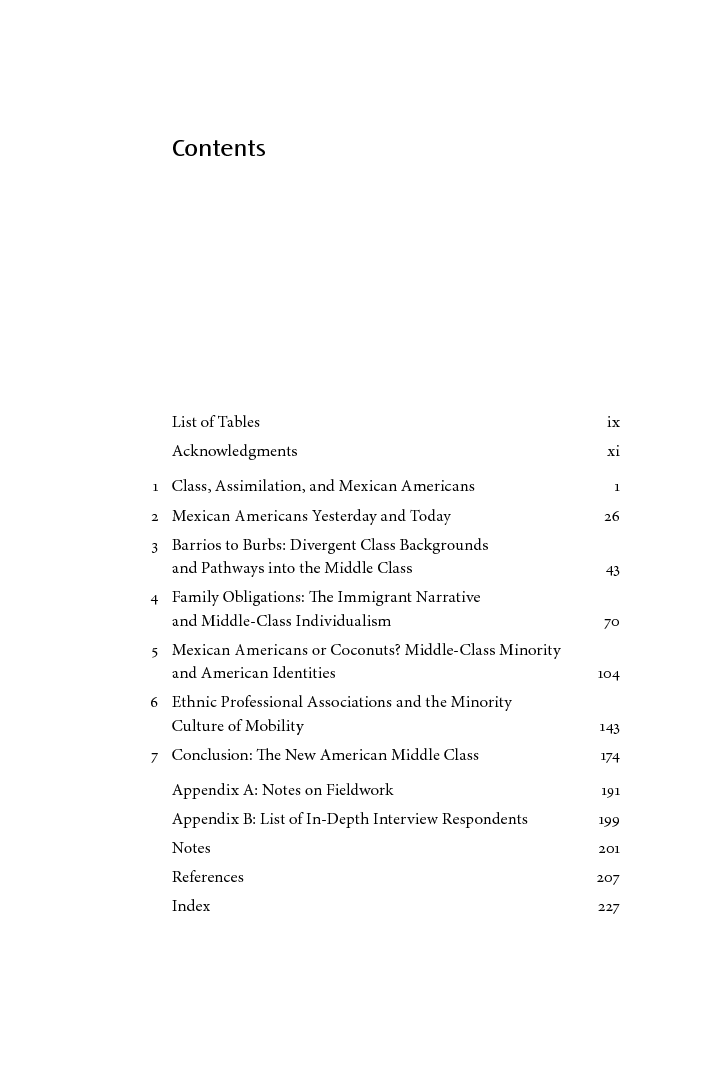 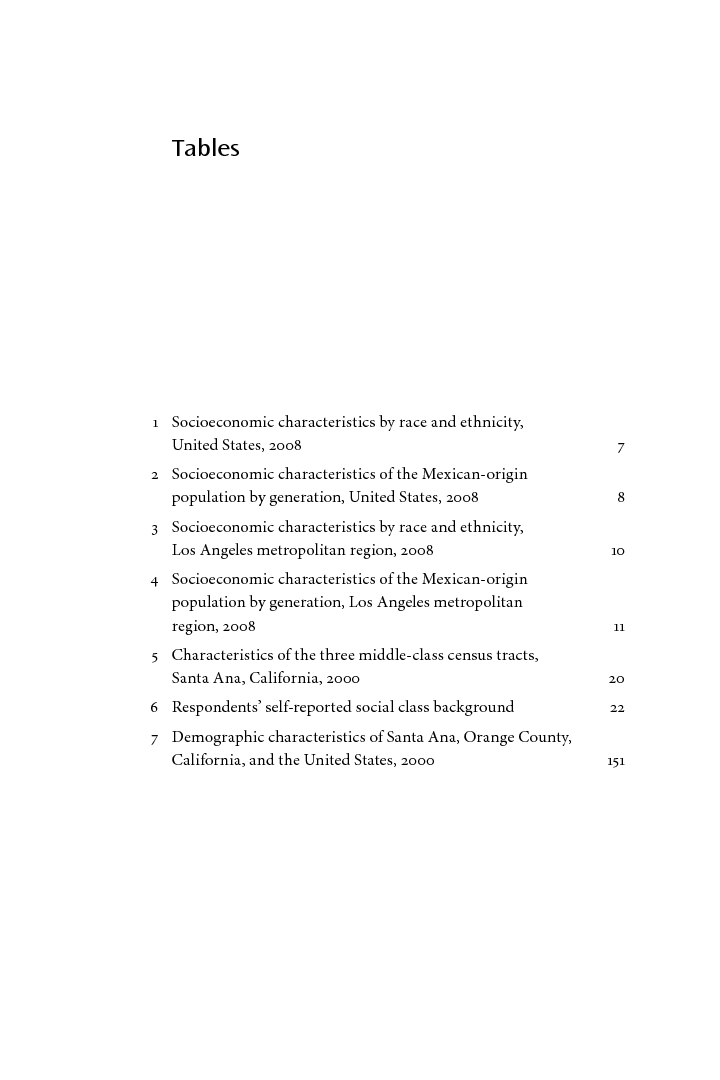