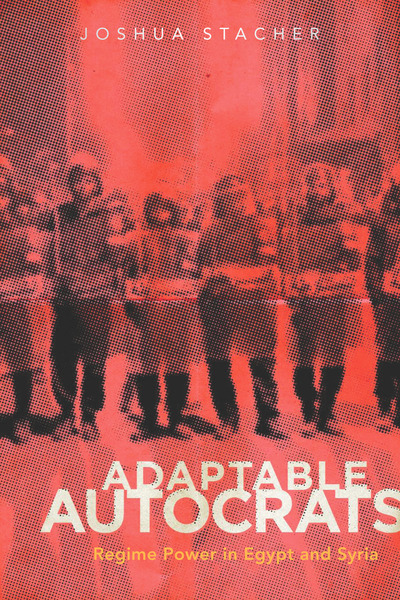 The decades-long resilience of Middle Eastern regimes meant that few anticipated the 2011 Arab Spring. But from the seemingly rapid leadership turnovers in Tunisia and Egypt to the protracted stalemates in Yemen and Syria, there remains a common outcome: ongoing control of the ruling regimes. While some analysts and media outlets rush to look for democratic breakthroughs, autocratic continuity—not wide-ranging political change—remains the hallmark of the region's upheaval.

Contrasting Egypt and Syria, Joshua Stacher examines how executive power is structured in each country to show how these preexisting power configurations shaped the uprisings and, in turn, the outcomes. Presidential power in Egypt was centralized. Even as Mubarak was forced to relinquish the presidency, military generals from the regime were charged with leading the transition. The course of the Syrian uprising reveals a key difference: the decentralized character of Syrian politics. Only time will tell if Asad will survive in office, but for now, the regime continues to unify around him. While debates about election timetables, new laws, and the constitution have come about in Egypt, bloody street confrontations continue to define Syrian politics—the differences in authoritarian rule could not be more stark.

Political structures, elite alliances, state institutions, and governing practices are seldom swept away entirely—even following successful revolutions—so it is vital to examine the various contexts for regime survival. Elections, protests, and political struggles will continue to define the region in the upcoming years. Examining the lead-up to the Egyptian and Syrian uprisings helps us unlock the complexity behind the protests and transitions. Without this understanding, we lack a roadmap to make sense of the Middle East's most important political moment in decades.

Joshua Stacher is Assistant Professor of Political Science at Kent State University. He is a regular contributor to and on the editorial board of MERIP's Middle East Report. He has made media appearances and written commentary for NPR, CNN, BBC, Al-Jazeera, Foreign Affairs, Jadaliyya, and The Boston Globe, among others. He is also a founding member of the Northeast Ohio Consortium on Middle East Studies.

"This is a fine work of comparative politics that systematically examines Syrian and Egyptian political histories to expose unexpected differences despite oft-cited commonalities . . . The existing body of work has taken three forms: studies of specific cases, multiauthored edited volumes, or general models of Arab or Middle Eastern authoritarianism based on schematic readings from across the region. Adaptable Autocrats deftly moves beyond these repertoires by simultaneously historicizing these revolutionary moments and revealing their limits through a paired comparison."

"Stacher's book makes several key contributions to the literature on Arab and Middle East politics. . . . [I]t will be of great interest to scholars, analysts , policy-makers, and students alike. For those interested in the dynamics of Egypt, Syria, or autocracy in general, it will be essential reading."

"'If we want things to stay as they are, things will have to change.' Joshua Stacher's Adaptable Autocrats opens with this line from Lampedusa's The Leopard and proceeds to illustrate its wisdom, showing how power seeks to preserve itself and therefore how the seemingly inflexible authoritarian regimes of Syria and Egypt bent with the winds of the Arab Spring without breaking."

"Stacher (Kent State Univ.) offers a theoretical explanation for the different developments in Egypt and Syria following the Arab Spring. Stacher argues that Anwar Sadat depoliticized state institutions and Hosni Mubarak followed the trend, but Hafez al-Assad nurtured politicized institutions. The Egyptian centralized elite could remove Mubarak when he became a liability, but the decentralized Syrian elite could not remove Bashar al-Assad. . . Recommended."

"This is one of the best, most concrete explorations of developments in Egyptian and Syrian politics over the last decade. Stacher provides an original look at the inner workings and dynamics of two vitally important regimes in the Arab world and lays out the implications for the future of the significant differences between these two political systems."

"Stacher delivers key insights into the paradox of the rapid fall of the strong executive in Egypt's highly centralized state in 2011, while Syria's much more decentralized state hangs on to power. This timely work provides a rare window on elites and their alliances and struggles. It is a must read for those who wish to better understand whether the 'Arab Spring' will lead to the redistribution of political and economic power by limiting executive authority, or merely replace one elite group with another." 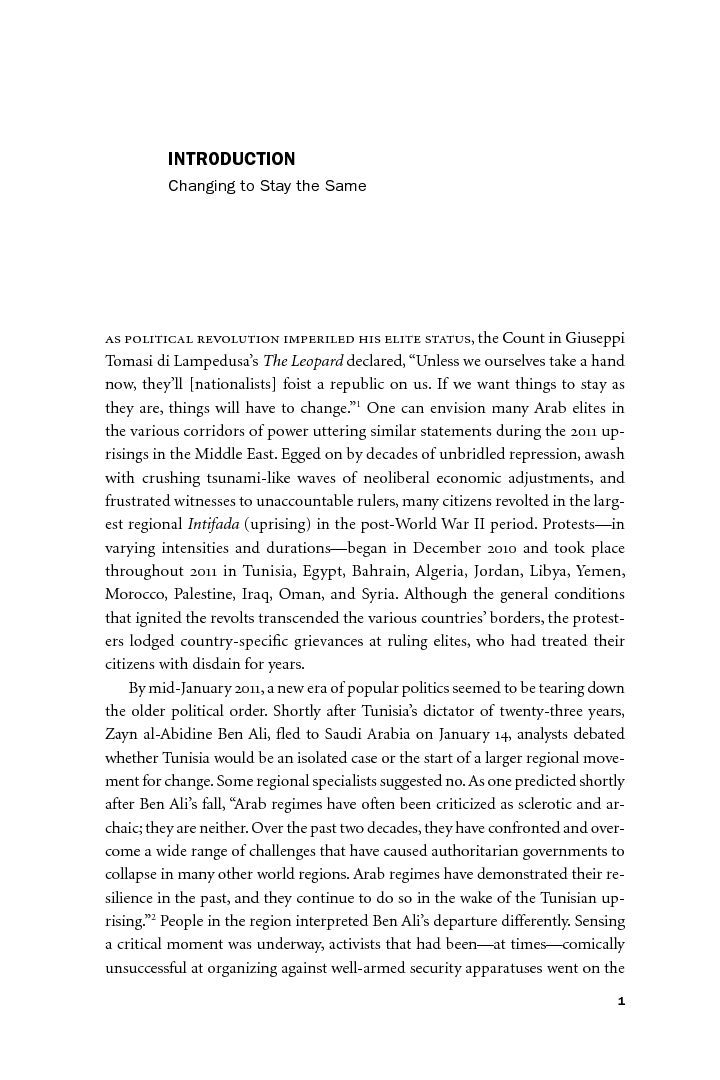 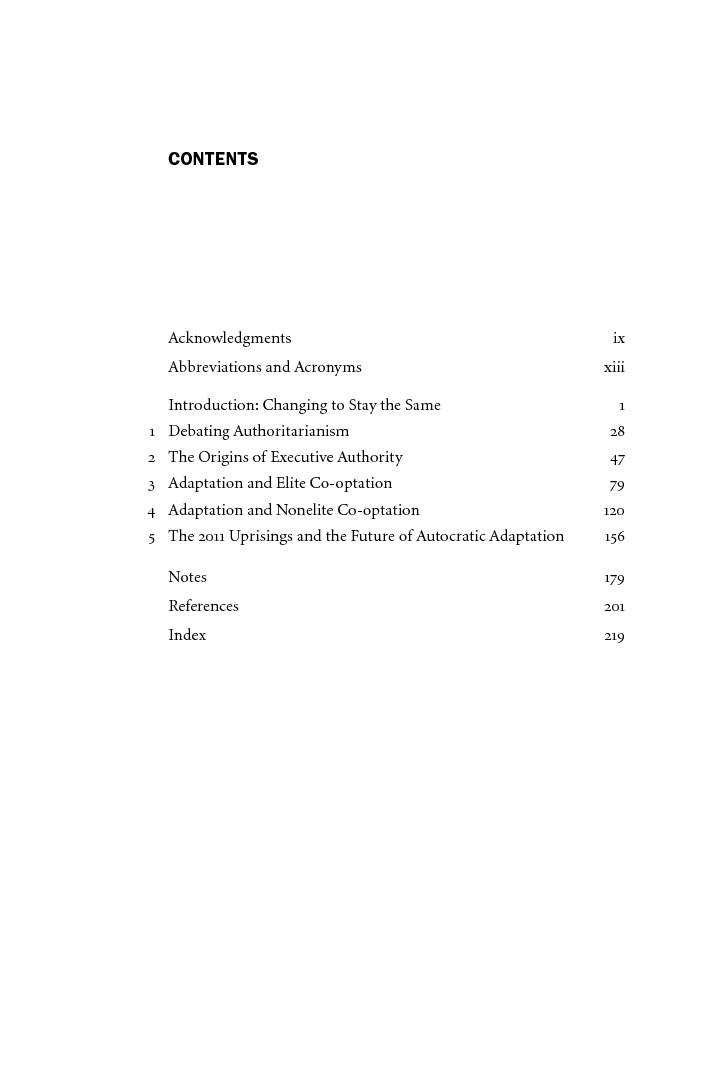